How Humor Makes You a Better Parent

A bit of improv, a little laughter and some comic relief can have big benefits for the entire family. Here's a look at how humor makes you a better parent. 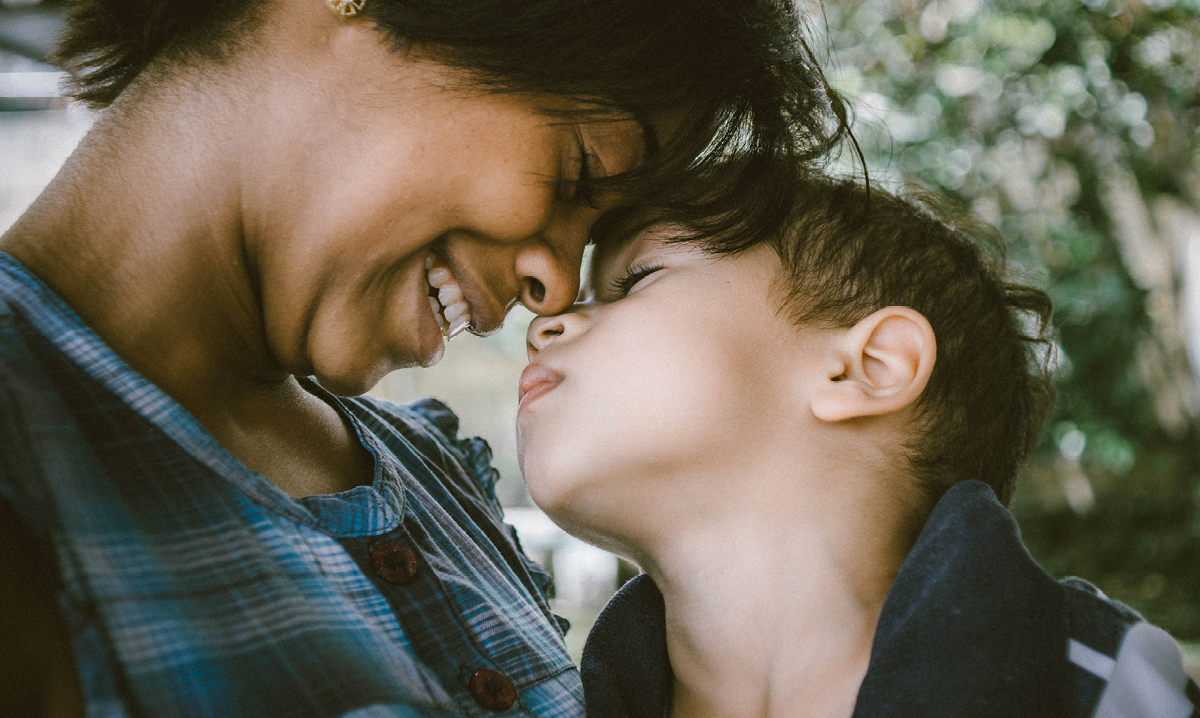 Want to hear something funny? Of course you do. Who doesn’t like to laugh?

It’s something we regularly seek out by finding things that make us laugh or looking for ways to amuse others. Plus, what’s more rewarding than making your baby laugh for the first time or causing your child to cackle uncontrollably?

Parents, particularly dads, tend to rely on humor to connect with their children. There’s even a popular term for the kinds of jokes dads like to tell (you know, the ones that lead to loud groans and lots of eye rolling). They’re appropriately called “dad jokes” – and, according to a post by the Wall Street Journal, dad jokes likely help build stronger relationships between dads and their kids.

Lots of folks have studied and documented all the benefits of laughter. Not only can a good chuckle possibly lower blood pressure, reduce stress hormone levels, improve cardiac health and increase immunity, but there’s even research touting an abdominal workout as one of the perks of laughing.

Imagine that: Being able to skip a workout if you laugh enough.

Can it be true that humor makes you a better parent, too? We gathered some insight from metro Detroit dads and moms to get a better sense.

David Rosenthal is a rabbi and father of five children between the ages of 10 months and 12. This Oak Park dad uses humor to navigate some of the many challenges of parenting.

Because discipline can be stressful for parents and children, Rosenthal finds that breaking the tension in a meaningful and appropriate way benefits everyone. Not that he doesn’t discipline; he just goes about it differently.

“I noticed that the more I tried to control my kids, the less effective I was as a father. The difficult part was figuring out how to navigate challenges with creativity, and the creativity I go to is humor,” he says. “Rather than being confrontational, I now use humor.”

So, for example, if his children don’t want to take a bath, they tend to get stuck on their refusal to get in the tub and their only focus is on how they don’t want to bathe. If Rosenthal can open their minds with a little humor, he says, it gets them “past the speed bump and more willing to corporate.”

So how does he do it? A little bit of bathroom humor (like making a gas sound) works well, but he does get a lot of mileage out of tickling them, too.

Finding the funny in the everyday

West Bloomfield mom Marci Stifter incorporates humor into just about everything she does. It’s always been her way of connecting with others including her equally sarcastic husband Mark and their sons Luke, 15 and Jack, 13.

“I don’t know anything but sarcasm and laughter,” says Stifter, a mortgage broker who performs stand-up comedy once a month at some metro Detroit comedy clubs. “Nothing makes me happier than when I can literally make my boys laugh from the gut in the same way their friends might make them laugh. When I can do that, I feel like I’ve accomplished something special.”

Family banter keeps things interesting in the Stifter’s West Bloomfield home. For example, Marci keeps a shopping list on Alexa and in between the eggs and bread, it’s not uncommon to hear something like “Luke is an idiot” or “Jack is a moron.” Nobody gets offended because they know its all in good fun.

That’s not to say that there is no discipline or that the Stifter boys can get away with bad behavior. When trying to make a point, this mom does it in a way where her teens know how serious she is while still incorporating humor. Also, she is careful not to embarrass anyone.

Improv as a way of life

For PJ Jacokes, a Pleasant Ridge father of two, improv is as much a comedy style as it is a way of life. Jacokes is a co-owner of Go Comedy! Improv Theater in Ferndale, where he also works as a producer, comedian and teaches classes on improvisation.

When teaching improv to adults, Jacokes says often it’s about showing them how to play. Kids, he says, have a much easier time being creative and using their imagination.

At home, he and his wife Lisa play a lot of improv games with their two boys Dax, 14, and Fletcher, 2, and offers a few tips for parents who are looking to incorporate more laughter into their family dynamics.

For example, when playing board games, Jacokes suggests being spontaneous and having fun instead of focusing on the rules. He also recommends playing improv games. One of their favorites is called “Doctor Know it All,” where they go around the table and everyone adds on a word to answer a question.

If the question is “What’s the best birthday present ever?” family members take turns adding a word to the sentence until the sentence is complete. No matter what the answer is, even if it ends up being a broken toe, they embrace every idea and that builds confidence and generates laughter, Jacokes says.

Other ways these families incorporate humor into their lives is by watching comedies together and capitalizing on shared experiences that are unique to their families – aka inside jokes.

For example, Rosenthal was recently parenting solo while his wife was out of the country on a nine-day work trip. During that time, their baby came down with a stomach virus and needed to be changed and bathed several times a day.

Instead of lamenting about a kid covered in poop, Rosenthal tried to find ways to make light of the situation.

“Having a sense of humor is critical to living a full life, because taking everything too seriously is exhausting. Even in the sad situations, finding a way to smile makes it easier,” explains Jacokes, adding that when his mother died a few years ago, laughing together helped them get through such a difficult time.