Is Your Kid Too Young to Start a YouTube Channel?

Younger kids are starting to pop up on YouTube, but how old should a child be to start their own channel and what can parents do to make it safe? 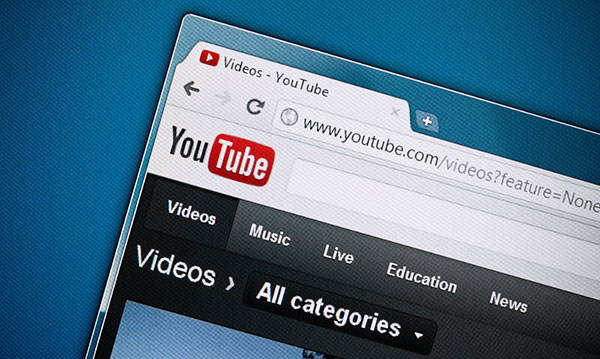 YouTube isn’t just a place to watch funny cat videos anymore. The social media site has exploded over the last few years and features all kinds of content that range from music to tutorials and reviews, humor and more. People are making big bucks, and big names for themselves, on the site, so it’s no wonder that kids are drawn to it – and it’s not just teens, either. Younger kids are popping up and drawing in millions of viewers to watch their toy review, cooking and crafting channels.

YouTube can be a great resource for kids to express themselves, but it can be a dangerous place, too. With trolls, cyberbullies and the potential for stalking, it’s no wonder that parents can be apprehensive about letting their kids use the site. So, how old should a kid be to start a YouTube channel, what kind of content should they be allowed to post and what can a parent do to keep their kids safe while using YouTube? We spoke to Eric Herman, a pediatric psychologist with Children’s Hospital of Michigan to find out.

Herman says YouTube is attractive to kids because they watch it and it seems cool. Some might want the attention of having a channel, but for the most part, the content strikes them as interesting, and many kids want to be a part of that.

Officially, the site restricts kids under 18 from opening an account, but will allow kids as young as 13 to have one, with parental permission. Kids under 13 are not permitted to have an account because of limitations in place to protect their personal information.

You may have seen kids, like Ryan from Ryan’s Toys Review, on the site, who are obviously younger than this limit, but this is the official rule of YouTube, and it is one that Herman seems to agree with.

“I don’t know about the age, it’s more about the kids, but younger seems less appropriate,” he says. “I would prefer the child to be older, maybe in high school or middle school.”

If a parent does decide to sidestep the age rule, Herman suggests using the site’s privacy settings to make the channel visible only to trusted friends and family. He also adds that the parent should set boundaries upfront, and be prepared to take the channel away from the child, if those boundaries are broken.

“Parents need to monitor the content that is being posted, and make sure that it’s appropriate and not embarrassing,” he says. “Remind the kids that if they don’t use it appropriately, their channel will be shut down.”

He suggests drawing up a contract with your child, so that there is no confusion on what you deem appropriate. He also adds that it is important to take your child’s emotional and mental capacity into consideration before starting the channel.

“I think that one of the dangers, especially if the child is known at school, is cyberbullying,” Herman says. “Classmates could make negative comments and post it to their channel, or predators could manipulate that kid if they’ve posted something personal or private – and the child has to be strong enough to handle negativity.”

A “troll,” a person that starts arguments or attempts to purposely upset another person by posting mean or untrue comments online, could be another problem a child runs into. Monitor your child’s interactions. Be sure to talk to your teen ahead of time about what a troll is, and how to handle them, which, Herman says, is to not engage with them. This could help avoid issues for your child.

If these issues do pop up, however, and prove to be too much, it may be time to talk about starting a new channel, or taking down the channel altogether, according to Herman.

Make the most of it

Once you have set your boundaries, explained the dangers, and taught them how to cope with negativity, the final step is to make sure that the child is getting something out of the channel.

“The channel needs to be something productive, not just getting on YouTube and talking,” Herman says.

He suggests the child find their niche, whether it be crafting, making reviews or doing tutorials, and run with that. Parents can help, but they need to keep in mind that the channel isn’t theirs.

“(Running a YouTube channel) is wonderful thing to do together, (but) the goal is to teach your child how to do something, (and) the kid needs to run it,” he says.

What age do you think is appropriate to start a YouTube channel? Tell us in comments.