It’s Never Too Late to Pick up a New Hobby

Lament not pursuing a long-shelved hobby? Here's how to harness your inner child, learn something new as a grown-up and teach your kids something, too. 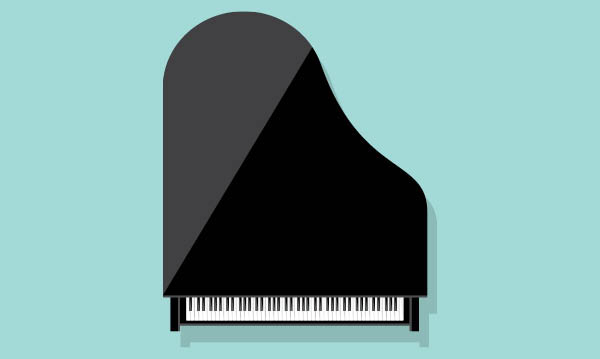 Ever since I was little, I’ve wanted to play piano. Growing up, I just never got the chance. Ever the encourager, my husband bought me an upright digital piano soon after we married. For a long time, it just sat there. I barely dabbled at it through the births of our two children. I insisted I was going to use it someday as my in-laws struggled to move the beast into our new home. Years later, it still stared at me from its corner, reminding me of my unfulfilled intention, as well as how I might be letting my husband down.

Finally, I committed to lessons.

Now, two years in, I’m working my way through the second Adult Piano Adventures lesson book and tackling some standards on the side. While it was humbling to be the only adult at spring recital, outplayed by kids in elementary school, it meant a lot when a fellow grown-up came up to tell me I was “brave” and share that she had always wanted to play the guitar.

I encouraged her to give it a try.

Learning a musical instrument is a long road, and, as a busy working parent, it can be hard to carve out time. But I love it. With my family’s support, I plan to stick with it and enjoy the journey as I go along.

I hope, in my own small way, I’m showing my kids how to inch toward goals, one painstaking practice at a time, as well as nudging other adults to give their own dreams a try.

According to experts, it’s never too late to learn something new.

Research into brain plasticity shows that the organ never stops changing, creating new pathways and links, strengthening like a muscle in the regions that are regularly exercised. The key is to consistently challenge the brain by doing new and stimulating tasks.

So it’s actually healthy to get out of ruts and study something new – like reading music, tackling computer code, adopting a foreign language or learning to sew.

Yet as an adult, learning is a choice, and it can be hard to prioritize.

So many parents I know – myself included – are more than willing to invest lots of time and money into activities for our kids, but it’s harder for us to justify the cost of enriching ourselves.

There are many obstacles, sure. Guilt over spending time away from kids. Stress of adding to an already-packed schedule. Self-doubt over our own abilities or age.

My piano teacher, Marilyn Floyd in Brighton, has been teaching for 19 years. Currently, she says, only two of her 40 students are adults.

“I find adults don’t stick with lessons because of finances and time. Kids’ activities always take precedence,” she says. “Or work schedules get in the way.”

Still, Floyd – herself a mom of four who bakes, blogs, does yoga and recently took up knitting – says she encourages other adults to pursue passions all their own.

“If we don’t feed our own souls, then it is difficult to nourish our kids,” she says.

Stitch up a pastime

Elaine Dailey of South Lyon started sewing as co-leader of her daughter’s Brownies troop. “I had always wanted to learn,” she says.

What started out as sewing patches and badges on Girl Scout vests has grown into a full-fledged hobby.

Dailey has made several infinity scarves out of flannel and patterned cotton, pajama pants, headbands, totes, an apron and decorative items like kitchen towels, nine-patch pillows and blankets.

Mostly self-taught, she learns through YouTube videos and trial and error but says she’s open to taking classes.

“It gives me a sense of pride and accomplishment,” Dailey says. “We spend so much time focused on our children and their activities that we tend to lose sight of our own passions. We must cultivate ourselves.”

“When I was in college I would ride bikes everywhere. I enjoyed it. It was fun. I’d ride to the gym, ride to class, take the trails everywhere,” he says. After graduation, Garcia moved out of Kalamazoo, launched his career, got a dog, had a son – and lost sight of the simple joys of cycling. “After a while it became almost like a chore,” he says.

That changed recently when a friend asked him to hit the trails.

“I borrowed his bike and I fell in love with it again. I don’t know why I quit,” he says.

Garcia bought a used bike and is finding ways to bring the sport back into his life. He often takes his bike to work in Auburn Hills then hits Bald Mountain in Lake Orion, Stony Creek Metropark in Shelby Township or Pontiac Lake in Waterford Township.

“I’m trying all the trails,” he says. “I’m a little more cautious now. I’m not as daring and falling hurts a lot more, but I don’t have to do as much to get that excitement and exhilaration going down the hill or getting to the top. I push myself to get a little farther each time. It’s just a personal challenge.”

Garcia hopes his newfound passion will rub off on his 7-year-old son, Lucas.

“I enjoy it for my alone time, but eventually I hope Lucas and I go out together,” he says. “He’s still pretty much afraid to get on a bike, but I’m hoping if he sees me doing it more often he’ll want to come.”

Tara Zolenski sang through high school and college, performing in musicals, choir and band, but she put music on the back burner to start a family and career.

After a while, it felt like something was missing.

Zolenski, who lives in Whitmore Lake, took a chance and reached out to the Livingston County Women’s Chorus.

“The director had me come in and sing for her. She said, ‘I need you for a soprano.’ I’ve been there for six years,” she says.

Zolenski carves out time for one choral practice per week plus rehearsals for the group’s two annual concerts, as well as private voice lessons.

As her children grow – her daughter is now 8 and her son is 13 – she says it’s harder to squeeze chorus between the kids’ dance, robotics and swimming. But with her husband’s help, she plans to make it work.

“I feel like I found a part of myself doing this thing I used to do all the time,” she says. “It’s helped my confidence and my identity … there was a time when I wondered, ‘Who am I besides a mom?’ And now it’s, ‘Oh yeah, I’m a soprano, that’s what I am.'”

Get in the game

In the Vanover family of New Haven, both mom and dad carve out time for sports.

Adam plays on a men’s soccer team out of Elite Indoor Sports in Shelby Township while Meagan skates as a jammer on the Bath City Roller Girls derby league.

“We each have our own dedicated night to do our adult event,” Meagan says. “I can usually juggle the kids around and Adam coaches our daughter’s soccer team.”

No matter how crazy the kids’ schedules become, Meagan and Adam each get a night to themselves.

“Fridays are sacred. Nobody does anything – no sports, no events. That’s our time to catch up,” she says.

Meagan, a former swimmer and dancer, came to derby because she missed the thrill of competition. Known on the team as “Sparky Anderslam,” she savors the mental clarity and focus she finds during bouts as well as the camaraderie among her teammates, who sometimes stay after practice to have fun and try tricks.

She says taking time for herself makes her a better parent.

“My kids are very proud of me. They’re in competitive sports as well, and they look up to me as a good teammate, athlete and role model for them,” she says. “You can’t take care of your kids or family unless you take care of yourself. It’s imperative for your growth as a parent. It’s absolutely essential.”

If it’s been a while since you flexed your fun muscle, here are some ideas to get back in touch with your playful side.

The science of enrichment

If you haven’t been to the Michigan Science Center in Detroit since your fifth grade field trip, maybe it’s time to take another look. MiSci helps adults rediscover the joy of learning with two special programs.

After Dark events happen the third Thursday of each month with themes like vintage video games, holiday mixology, Legos and summer solstice. Each highlights the science behind the theme and includes a live DJ and a cash bar.

“We call it a ‘thinking person’s happy hour,'” says event spokesperson Chelsea Pulice. “Not only do you get to play and have fun, but (you also) learn something new in the process.”

Since After Dark debuted with “Toytopia” in 2005, it’s grown to draw up to 700 people. Pulice says it’s a great chance for adults to rediscover the venue.

“The museum’s open. The exhibits are turned on. They can enjoy the planetarium with a cocktail. It’s a way to experience the science center without kids along,” she says. “I think people love to come as a date night thing.”

“It’s our mission to inspire curious minds of all ages. We definitely want to target lifelong learners.”

If you just can’t leave the kiddos at home, MiSci’s new Family Xperience is your ticket to enrichment. Staged first Saturdays, these events showcase trendy topics in a hands-on way.

“We like to get parents to do the activities with their kids,” says MiSci’s Seun Phillips. “You never know … it might spark a new passion of theirs, something they thought they couldn’t do, and when they leave the science center they’ll pursue it further when they get home.” Learn more at mi-sci.org.