Why Kids Should Have Cellphones Before Age 12

A Farmington Hills mom of two says it's all about safety and shaping good digital habits early. 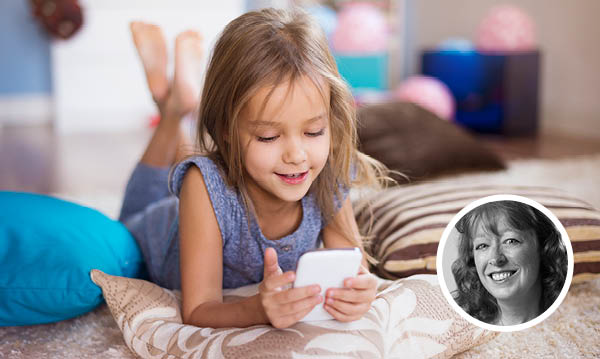 My house was a vision of pink and purple streamers, with spontaneous High School Musical singalongs erupting every few minutes. Everyone was having a blast at my daughter’s 10th birthday party – except the girl with the iPhone.

From the first craft project to the last bite of cake, this guest was hunched over her device. I looked at her, tsk-tsked and told my husband: “I’ll never buy Sophia a cellphone.” But then I did. Just one year later.

Until that point, her friends were within shouting distance and school was a five-minute walk up the road. But the year she turned 11 and graduated to the upper-elementary building a bus ride away, I quickly agreed with my husband that arming our oldest with a cellphone was a savvy safety decision.

There are dozens of reasons I wanted to be in my kid’s pocket at all times, ranging from “I forgot my lunchbox” to “The bus left without me.” Sure, she could use the school office phone, but I only needed to imagine one worst-case scenario to get past the “in my day” thoughts.

When Sophia didn’t lose or break her phone, she paved the way for little brother Jackson to get one when it was his turn to board the bus three years later. Both were under 12. And guess what? If I could do it over, I would have given them iPhones as soon as they were confident readers, around 8. Why? So many reasons:

I don’t think there’s a magic age when a kid is iReady, and neither do experts. Common Sense Media says that age isn’t as important as a child’s maturity level, ability to follow rules and sense of responsibility. To be trusted with a phone in my book, a kid needs to be in the habit of not breaking things, not losing things and not disregarding things (like a low battery alert or a call from mom).

I look at my 5-year-old nephew and 7-year-old niece and think “too young,” even though they’re both readers and had mastered tablet use by the time they were toddlers.

But I have a friend whose 8-year-old son has owned an iPhone for two years now. She wondered at the time if 6 was too young for a phone, but realizes now that she’s had a golden opportunity to teach her son healthy cell habits at an early age. She’ll say to him, “You’ve been playing that phone game for a while now; let’s take a break and go outside.” And he agrees because he’s a sweet little boy instead of a know-it-all tween. She’s also established the authority to pick up his phone and check in on his activity at any given time, a practice she suspects would be met with more resistance later on.

That’s been the case in our house too. Rules for both kids include, but are not limited to: Don’t download anything without asking, adhere to social media age restrictions and only send pictures that pass the what-if-grandma-sees-this test.

And above all, never ever stare at a blinking screen when there’s a party going on around you.