Etiquette evolves, and new technology makes it trickier. Yet it helps kids foster stronger relationships and better professional prospects. Here are tips for parents to guide them. 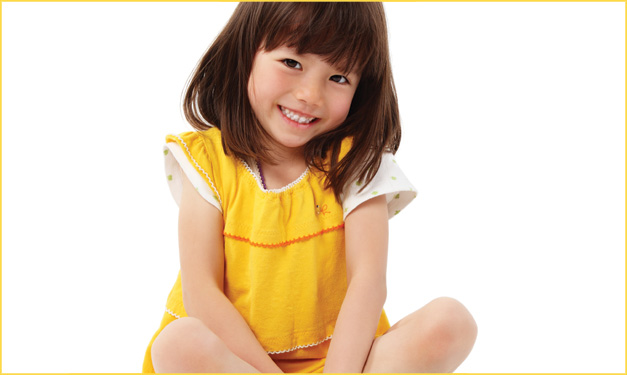 Ever wonder what the matriarch of manners, Ms. Emily Post, would think about the state of manners and etiquette among kids today? Her great-great grandson, Daniel Post Senning, thinks she’d likely bemoan some of the behaviors that technology too often elicits – in children and adults. Though he admits his great-great grandmother was an early adopter and would have embraced the technology trends of the past decade, she likely would have a thing or two to say about proper use of society’s many techie toys.

“Cellphones present a whole range of courtesies that didn’t exist 10 years ago,” says Post Senning, who is with the Emily Post Institute. “But while the mechanisms for communication and social behavior may have changed, the three principles of good manners – honesty, respect and consideration – are timeless. We’ve been teaching children those same basic principles for the past 100 years.”

Caron Tolstyka of Brownstown may not pen an advice column on etiquette, but she has firsthand experience cultivating manners in children. As a mom of three, she works at it every single day with the hope that she is helping her daughters to grow into thoughtful, kind adults.

“For my husband and I, it’s important to us that we lead by example,” says Tolstyka, a photographer. “Children don’t come into the world knowing to be kind. We have to teach them what is kind and what is rude.”

That is exactly the advice of those who call social-skill development their profession – people like Jacqueline M. Baker. Baker works with children and young adults and increasingly observes that basic manners and social skills are lacking.

“‘Please’ and ‘thank you’ are essential, but they’re just a baseline,” notes Baker, who is principal consultant at metro Detroit-based Scarlet Communications. “Parents need to set the tone for how they expect their children to treat others.”

The Emily Post Institute calls this modeling method the “Golden Rule” of parenting: Be the parent you want your child to be.

Yet while parents may have the best of intentions, they simply may not be physically in the presence of their children for prolonged periods in which they can model and repeat the behaviors they’d like to see their children emulate. With the number of households with two working parents on the rise and the many extracurricular activities of kids creeping more and more into family time, it’s more challenging now than ever to sit down for a traditional family dinner – a key time of day for families to reconnect and for parents to model social behaviors.

“A lot of schools reach out to us to teach social skills,” Post Senning notes. “Many kids are now eating two meals a day at school. As a result, they don’t know how to hold a utensil appropriately. These skills still matter. They’re basic social skills that equip kids as people.”

Left unchecked, the lack of solid social skills can have negative repercussions well into adulthood – and affect your child’s ability to land a job. The Emily Post Institute regularly conducts training for corporate new hires and even C-level executives on basic matters of etiquette. Likewise, university career planning counselors are finding the first order of business for their soon-to-be graduates is not necessarily helping them to find a job but instead helping them learn how to dress appropriately for an interview, how to listen respectfully and how to communicate face-to-face – skills that are all too often lacking.

The case for being civilized

In the book The Gift of Good Manners, Post Senning’s mother, Cindy Post Senning, Ed.D., and her sister-in-law, Peggy Post, refer to etiquette as a gift fundamental to a good life and a brighter future. While this may be a helpful explanation on the need for manners when talking with your teenager, it can be a challenging concept to break down for a 5- or 6-year-old. As many parents can attest, it is often the “why” for any given instruction that can go a long way in convincing a child to acquiesce.

“Explain to children why we say ‘please’ and ‘thank you,'” says Faye de Muyshondt, founder of SocialSklz, a New York City-based social skills youth training program. “You can ask your child to put himself in another’s shoes. If a friend did something nice for him, and he didn’t say ‘thank you,’ how would that make his friend feel? Empathy is the foundation of great social skills.”

De Muyshondt notes that more times than not, parents are in corrective mode when it comes to manners.

“Parents tend to correct a manner mishap rather than proactively sitting down for a manners lesson or discussion with their children,” she says. “Just as kids learn anything else, whether it be tennis or ballet, they consciously need to learn about manners. I tell parents to sit down and invest the time in teaching great social skills.”

Long-term, the benefits of developing social skills at a young age are many. They can enhance friendships and teacher and family relationships, de Muyshondt notes. And if that’s not reason enough, studies, including one published in the February 2011 issue of Child Development, have shown that children who have early exposure to social and emotional learning programs tend to perform better academically and to demonstrate improved behavior and attitudes.

With the proliferation of cellphones and other mobile devices and the popularity of social networking, basic manners stand to be tried and tested even further. According to Daniel Post Senning, the average age a child receives his or her first cell phone is 12 years old.

“It used to be that getting your driver’s license was the big, liberating event in a child’s life,” Post Senning notes. “Now, in the tween years, the first mobile device is the new rite of passage. Parents absolutely need to manage that for and with their child.”

Baker sees social networking and text messaging as two major hurdles to social skills development. The ability for young people to communicate with friends, teachers, family members and others through these technologies has detrimentally impacted how they communicate face-to-face, she maintains.

“Basic communication skills are being compromised,” Baker asserts. “Kids don’t know how to give eye contact or how to start a conversation. Grammar is poor. Kids think it’s acceptable to talk in acronyms. ‘LOL’ is not a response for in-person communication – and ‘LMAO’ actually has a curse word in it!”

Derschaun Sharpley is president and CEO of Helping Individuals Succeed in Southfield. She works with area youth on soft-skills development.

“It’s easier for kids to text,” she notes. “They can hide behind the technology. I ask the kids I work with if they think employees at Ford Motor Company walk around texting each other. No: In real life, you don’t run a corporation like that.”

The Emily Post Institute recommends parents work with their children to create a “digital diet.”

“Just as you eat from each of the four different food groups, you should take advantage of each of the different means of communicating,” Daniel Post Senning says. “No one communication tool should dominate your life.”

While he acknowledges computer and technology skills are absolutely necessary for kids in this day and age, the usage needs to be managed.

“Children need to know how to give a proper handshake and how to look someone in the eye,” he says, noting that they aren’t likely to get that from an iPhone.

It was the appalling lack of formality and respect in emails that she received from college students she was teaching in a PR course at New York University that prompted de Muyshondt to launch SocialSklz.

“I’d receive emails from students that simply said, ‘Hey, whtz the homework for tom?'” she recalls. “It’s absolutely not appropriate to send your professor an email like that. You need a proper open and a proper close and, overall, to be more formal.”

It’s for this very reason that de Muyshondt includes an exercise about writing a proper email in the training programs she runs.

“I have my students write an email to a teacher or someone with whom they are just starting a relationship,” she says. “We go over subject lines, opens and closes, etc.”

Without a doubt, a parent or primary caregiver is the first point of contact for introducing and modeling appropriate social behaviors. But children will come across many other adults who model behaviors – good and bad – throughout their day, starting when they are infants.

Wanda Olugbala of Detroit is mom to Langston, 5 years old at the time this article was published. When she sought out daycare options for her son when he was still an infant, she looked for a program that would meet her son’s needs socially and emotionally, not just intellectually.

“As a social worker, I am a big stickler for character development,” says Olugbala, who works at Henry Ford Academy: School for Creative Studies in Detroit. “I’m cognizant of the types of people who care for my son. If he was ever in an environment that was not speaking to my values and morals, we would quickly exit.”

Katie Bugbee, managing editor at Care.com and a mother of two, encourages parents to observe how care providers at potential daycare centers manage the situation when kids aren’t sharing. She also encourages them to watch how the children behave overall to see if the center or group daycare they are considering will help foster positive social behavior.

In the case of nannies, Bugbee indicates it’s imperative during the interview process to lay out what’s important to you and your spouse when it comes to manners and the type of child you’re looking to raise.

“Often nannies are on their second or third family by the time you meet them,” says Bugbee. “Call their references to see how they were able to help instill manners in those parents’ kids.

“We also recommend a nanny contract. In this document, you can clearly lay out expectations – like that saying ‘please’ and ‘thank you’ is a priority for you. You can also create a list of goals. Chances are, with their experience, they have their own tricks up their sleeves to help instill good manners.”

An opportunity for distinction

Despite the rapid changes in technology and a new generation of youngsters coming of age not knowing life before cable TV and the Internet, traditional manners continue to be relevant, asserts Daniel Post Senning.

“It’s a truism that every generation believes they have witnessed a change in manners that occurred over their lifetime and think that manners are disappearing,” he says. “The truth is that traditional manners continue to function generation after generation.”

He notes that while many people may feel like manners have disappeared, it’s more likely that it’s the expectation for traditional manners that has disappeared – or at least lessened. That’s where a child can shine.

“The person who meets that opportunity – who holds a chair for someone – will stand out,” he says. “Most people aren’t expecting those traditional manners. It’s amazing the impact you can have when you make people feel good.”

Want to cultivate social skills and manners in your child? Read our manners 101 guide.