The UK-made airbags, which are located in the shoulder pads of the car seat and deploy within 0.05 seconds of a collision, reduce neck and head stress in the event of a crash. 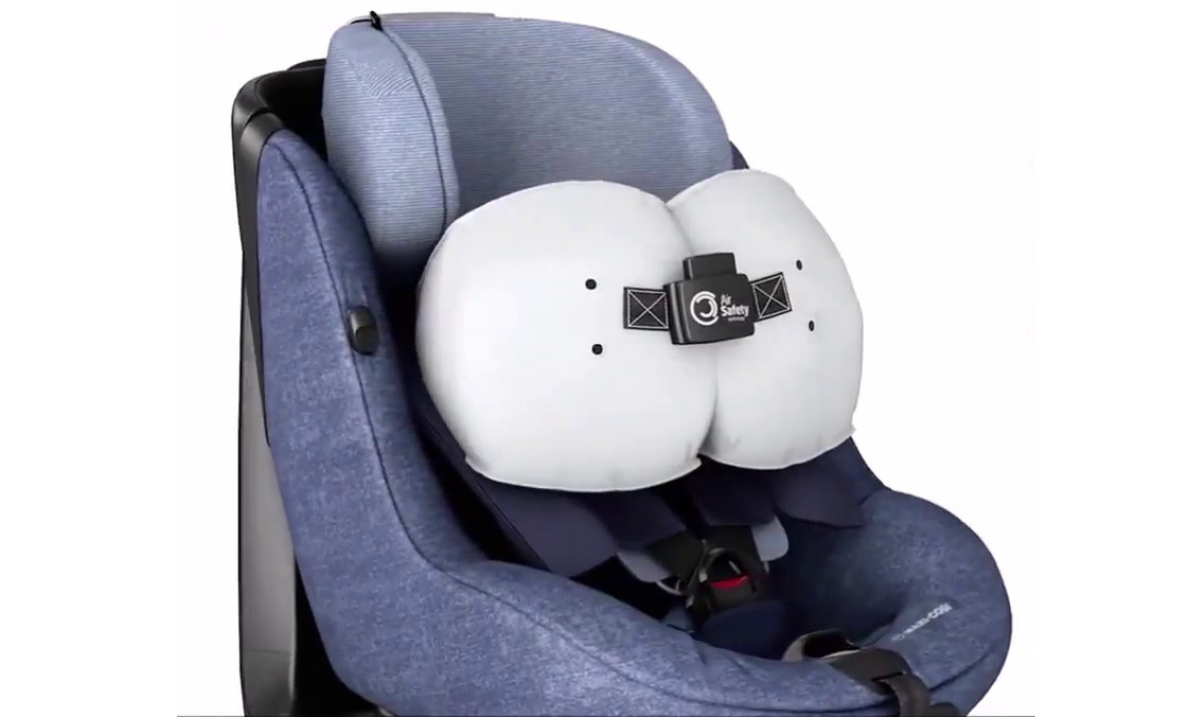 When my son was 5 months old, we were rear-ended on our way to downtown Royal Oak. I remember looking in my rear-view mirror on impact to see if he was still secure in his car seat. Thankfully he was, but the accident was a reminder of why I put so much effort into choosing the “right” car seat.

Selecting a car seat is among one of the most thought-out purchases you make when planning for baby. After all, families in the Motor City in particular spend a lot of time driving, so making sure baby is safe during car rides is important.

How’s it work? Within 0.05 seconds of a collision the airbags, which are located in the shoulder pads of the car seat, deploy. These bags deflate one second after impact, so those concerned about too much force on baby can feel a bit more secure with this technology.

The airbags, according to The Drive, are supposed to help reduce head and neck stress by 55 percent. Additional car seat features include ISOFIX tethers and a 360-degree swiveling base. You can select from blue, black or gray color options, plus receive a lifetime warranty.

It’s suitable for kids 4 months to 4 years old, from 24 inches to 42 inches tall and weighing a maximum of 42 pounds. Use it as a rear-facing option up to 2 years old or 32 inches long, as well as forward-facing.

Currently this car seat is only available for purchase in the UK – and it’s pretty pricey, selling for $783. The company is working on making the technology more affordable but hasn’t announced any plans to expand selling the item outside Europe.

Dorel Juvenile, a parent company of Maxi-Cosi, actually unveiled the car seat in September 2017 and took home an award in the “World of Traveling Kids” category from the international trade show Kind + Jugend. In a press release about the car seat, Jean-Claude Jacomin, president and CEO of Dorel Juvenile, said, “We are convinced that car seats with integrated airbags will become a new standard in terms of innovation and safety of children in cars.”

As a parent, I can only hope this is the beginning.

Want to learn more about the car seat? Peek at the video below: