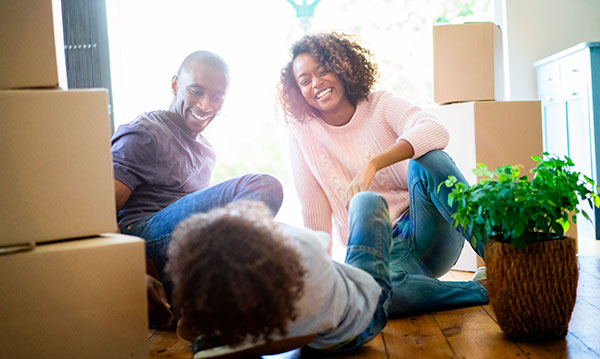 A list of 2017’s Best Places to Raise a Family in Michigan was released this week on WalletHub.com.

Lists like this one always give parents some useful information if they’re thinking about moving, looking for a new school district or just curious if their town, school, etc. was good enough to make the cut.

On the other hand, sometimes the rankings leave us with a lot more questions than we had to begin with. The newest list from WalletHub is no exception, so we decided to take a closer look at what went into it. Keep in mind that while cities like East Grand Rapids are on the list, we focused on metro Detroit only.

The list goes to 104 and the lowest-ranking southeast Michigan cities include Flint, Pontiac, Inkster, Detroit and Highland Park.

As some of our readers noticed when we shared the new rankings on Facebook, plenty of popular places for families to live didn’t make the list at all. Northville, Plymouth, Canton, Bloomfield Hills and Township, Lake Orion, Oxford, Milford, Clarkston, Macomb and Brighton aren’t even listed – just to name a few.

So does that mean they’d rank below the lowest-ranking cities on the list? Not at all, but you might not know it without reading the post in full. It explains that WalletHub’s data team compared the “104 most populous cities” [emphasis ours] in Michigan based on 21 indicators of family-friendliness.

The site also points out the following: “In determining our sample, we considered only the ‘city proper’ in each case and excluded surrounding cities in the metro area. Other cities were not included in the sample due to limited data access.”

“We analyzed as many Michigan cities/towns as possible [within the population requirements] for which there were no data limitations,” WalletHub analyst Jill Gonzalez explained in an email to Metro Parent.

The category of affordability is another area of confusion for some readers. If you sort by the “affordability” rank on the list, you’ll see the most affordable places include Beverly Hills, Grosse Pointe Park, Grosse Pointe Woods and South Lyon. The least affordable include Highland Park, Hamtramck, Pontiac, Ypsilanti and Detroit.

But wait: Beverly Hills is more affordable than Detroit? Even though according to Trulia, the average home price per square foot is $186 in Beverly Hills and just $35 in Detroit? As it turns out, this factor is all about affordability for its current residents.

“Beverly Hills ranked 1st for the affordability category meaning it’s the most affordable for its residents, since the city has the 2nd highest median annual family income (adjusted for cost of living) at $114,764,” Gonzalez explains. “Detroit ranked 94th for this category because residents here have low incomes and even though the house prices are lower, residents still find it very difficult to be able to afford buying or renting a house.”

WalletHub used two different factors for this category – the first divides the city’s median family income by housing costs and the other divides income by the cost-of-living index.

Seems confusing, but Gonzalez says it’s a useful metric. “We believe that using the median income provides a good perspective on how affordable a city actually is for its residents,” she says.

In addition to affordability, the other main categories were “family life and fun,” “education, health and safety” and “socioeconomics.”

“Each metric was graded on a 100-point scale, with 100 indicating the most suitable conditions for family life. We then calculated overall scores for each city using the weighted average across all metrics, which we then used to construct our final ranking,” WalletHub explains on its website.

For socioeconomics, WalletHub considered the city’s separation and divorce rate, the percentage of two-parent families, the percent of families living below the poverty level, wealth gap and other factors.

The lesson in all of this? We’d say take these rankings with a grain of salt. They aren’t perfect, but they’re a decent way to get some insight into where you live – if, of course, the factors they took into account are the same ones that matter most to you.

“We hope that this report will help families across Michigan see where their community shines, or where it could use some improvement,” Gonzalez tells us.

As for those who’d like to use the data to help them decide where to live, rankings like this are probably best to use as a starting point for more research. A lot more research.

What do you think? Do you agree with WalletHub’s methodology? Tell us in the comments.