Pass on the Vino, Please: Choosing Not to Drink

While TV and movies have made drinking look even more appealing, not everyone is doing it. Here, one local mom talks about choosing not to drink. 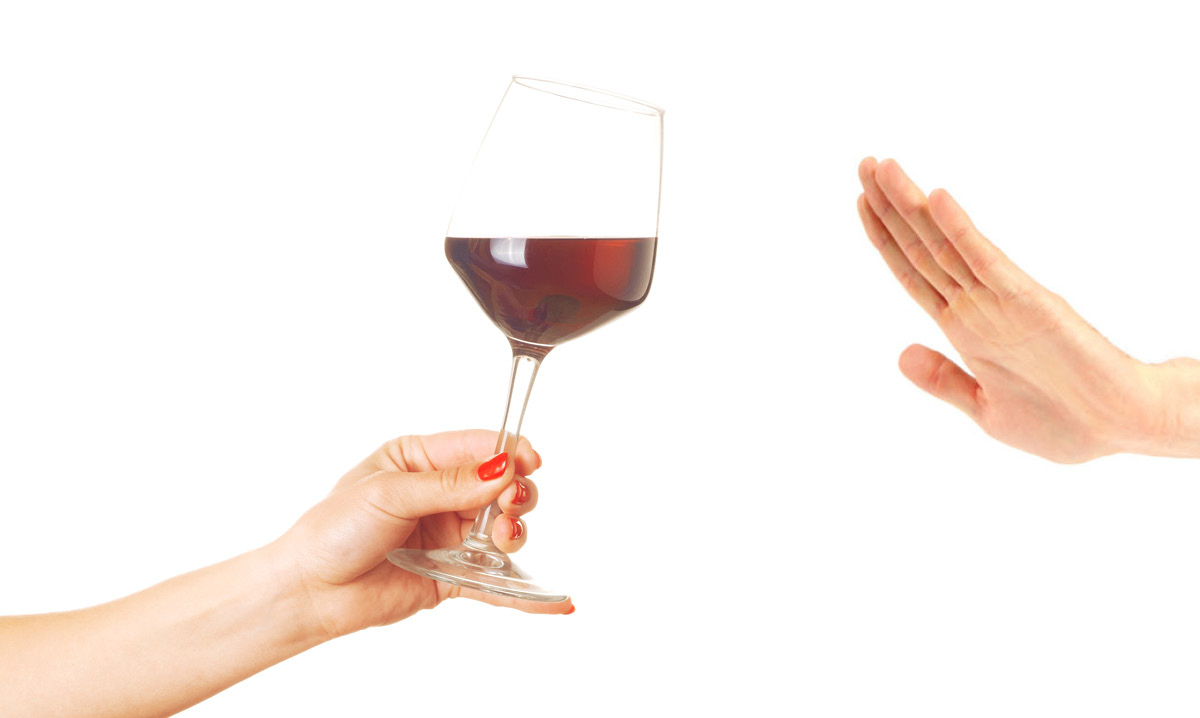 I don’t like the taste of alcohol. Even though I did some drinking in college, I never mastered the art of chugging. And beer is the worst. Who drinks that stuff? Oh, right. Lots of people – even the green version they serve on St. Paddy’s Day.

By the end of my 20s, alcohol wasn’t much of a factor. In fact, you could probably say I was a non-drinker by then, though I often felt pressure to order a glass of wine. No matter how little I drank, though, the alcohol either made me sleepy or gave me a headache.

So I just stopped – altogether. When I met my husband, an accomplished drinker in college, he was looking for an excuse to quit. Or maybe we were just birds of a feather. Either way, he stopped, too.

Today, neither of us drinks – though once or twice a year I might have a glass of bubbly champagne. It was in that non-drinking mode that we raised our two children. Never figuring we might seem out of place while the swirl of sophisticated parents in our orbit imbibed.

Naively, we patted ourselves on the back and thought our role modeling would influence our kids. Still, they drank, especially in college. (For the record, while it was actually a relief to take off the rose-colored glasses, it’s even better to set realistic expectations before they go away.)

Some parents swear by moderate drinking – if your children see you drink responsibly, they will too. But even moderate drinking upsets kids, according to a recent overseas study. And there’s always that slippery slope. While I only saw my mom drink the occasional glass of wine, my dad used alcohol to escape. Even if I didn’t inherit his habit-forming ways, I’d rather not take a chance. No one wants to see me on an episode of Intervention. Not that I engage in worst-case scenarios.

Then there’s the European way. Adults let kids take sips of their drinks to prevent binge drinking later on. But that doesn’t seem wise, either, especially in light of recent research that showed an association between early exposure to alcohol and dependence.

There’s no doubt drinking looks appealing. A former boss bonded with his adult sons over homebrewed beer. I can see that as a nice thing. Those wineries up north with their wine tastings and spa-filled afternoons seem ideal for a weekend getaway. I feel like I’m missing out! And as an avid fan of The Real Housewives of (Insert City Here), I’m aware that the fun is often fueled by alcohol. (What can I say? Sometimes I drown my sorrows in reality TV.)

The notion of Bad Moms has also caught on, particularly in light of the movie that fared so well at the box office. In 2016, the Washington Post reported on the normalization of heavy drinking in women, citing advertisers who use humor to sell alcohol. A recent tagline for Mad Housewife wine: “The most expensive part of having kids is all the wine you have to drink.”

Kind of funny, I’ll give it that. We’re all tired of the idealization of motherhood. But is guzzling your way through it the message we really want to send?

I don’t think so. There’s got to be a better way. And while there’s no foolproof way to make sure we all behave ourselves, isn’t it better to at least plug along and get through life in all its awkward glory without the aid of alcohol? You know, to live in the here and now, feel your pain and all that? Still seems like a worthy goal – and a good example to set for our children. Find something else to binge on. You oughta try this new thing called Netflix!

Now, can I offer you some iced tea?

This post was published in 2018 and is updated regularly.

Hanukkah celebrations are going to look different this year as families stay home and safe, but you can still make the most of it with the crafts, recipes and events in our at-home Hanukkah Guide.
Read more
Attractions