Are your toddlers ready to mingle with their peers? Here's how parents can prepare for their kids' play dates. 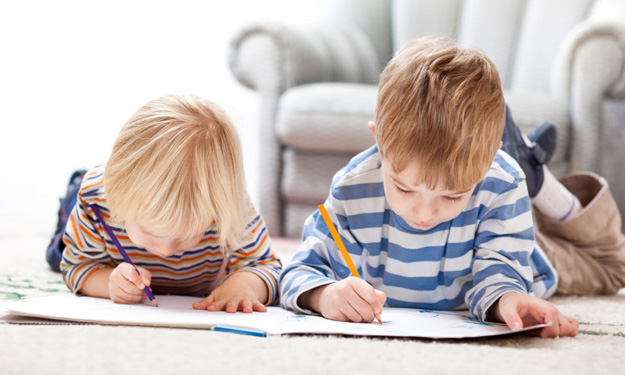 Crystal Edwards has set up dozens – maybe hundreds – of play dates for her young children. When things work out right, she’s able to visit with friends while the kids learn social skills.

“It’s twofold,” she explains. “It’s a time for the kids to play, and me and my girlfriends have a chance to see each other.”

The Canton mother of Ty, 3 1/2, and Reese, 2, will either call or Facebook a friend with children of like age and arrange a time to get together.

And there are plenty of friends to call. “We used to joke that there must have been something in the water, because around the time I had Ty, there were five or six of my friends who also had boys that year.”

But Ty’s play dates are not exclusively male. “A lot of Ty’s friends are older women,” she says. “They are 4 years old, but just under 5.”

“We definitely have a good snack ready and a good activity planned,” Edwards says. Frequently the visitors come over hungry, and food is a top priority – so she has all the goodies ready first thing.

Perhaps five to 10 minutes before the play date, she’ll tell her children they have to get ready for guests. She’ll remind them they have to use good manners, share toys and give their friends first choice on what television show they’re going to watch.

“I try to teach my kids to be good hosts when friends come over, and to put guests first,” Edwards adds.

Janet Kester, a clinical social worker who lives in Northville, remembers the play dates she set up when her own children were young.

“Anything younger than 3, and they’re really not ready for a playgroup where the parent is not involved,” she says. Kester’s professional expertise is aided by her experience raising three children and four stepchildren.

“Children under 3 are doing a lot of individual play, and you have to watch out for power struggles with toys and tug of war. Make sure there are enough toys available for everyone including a few duplicates of inexpensive toys – they’re not at a stage when they can share,” she adds.

Kester even takes it a step further. She suggests asking the children to choose the really important, more precious toys that they don’t want other kids to play with, and set them aside during the play date.

Parents should decide where the kids are going to play and what the play rules are – as well as when to intervene. They also need to know about any food allergies so appropriate snacks are served.

Spending time with other children is a great way to help kids learn to socialize and how to be cooperative even at a minimum level.

“By the time they are ages 3 or 4, you can let them work things out between themselves, unless there is hitting, knocking the other kids down or biting,” Kester says. “It’s really good preparation for kindergarten.”

Play dates in the Edwards household will last from one to three hours, depending on how well things are going. But she usually marks off an entire morning or afternoon on her calendar for the event.

Edwards advises parents set aside enough time for a play date; you don’t want to be rushed. Take a few minutes beforehand to talk to your children, so they know what’s going to happen and what’s expected of them, and give them some idea of what you’re going to do.

Keep the play dates manageable by limiting the number of children – four to six children under age 5 are easier to handle.

And as much as she loves visiting with her friends while the children play, Edwards reminds moms to keep priorities straight. “Don’t forget that you’re setting up a play date for your kids, and that needs to come first. If you can also visit with your friends, that’s a bonus.”