When Parents Play Favorites Among Their Children

Find out why parents often give one child preferential treatment over another, when parents showing favoritism is OK and how to curb parental favoritism. 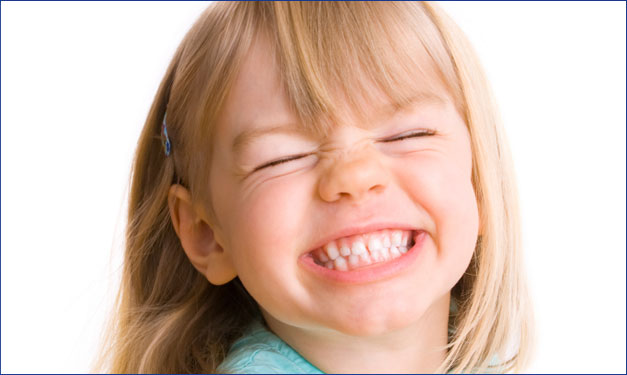 Cinderella is probably the classic case of favoritism gone bad. She lived the life of a scullery maid while her stepsisters lounged around, ordered her about and attended all of the hot events – including the Prince’s Ball.

Sure, her mistreatment was at the hands of her stepmother, but even in non-blended families parental favoritism can rear its ugly head, leading to feelings of inadequacy and unfairness that can sting well beyond childhood.

But clinical psychologist Ellen Weber Libby, Ph.D., wants parents to come to terms with one very important reality: favoritism is not only common, it’s absolutely normal.

“No two people, whether parents, kids or even twins are exactly alike,” explains Libby, author of The Favorite Child: How a Favorite Impacts Every Family Member for Life. “It’s important for parents to understand that they’re never going to feel the exact same feelings for each child. It’s only normal to prefer some people over others. Favoritism is just that, a preference.”

Myriad reasons can prompt parents to prefer one child over another. Whether it’s common interests, an uncanny physical resemblance or one child’s more easygoing temperament, the triggers for preference span the gamut.

Laura Baker of Royal Oak admits that two of her three children have been easier to parent than the third, namely because of her middle child’s inability to communicate even minor frustrations in a rational way, often breaking down over simple things like seating arrangements in the family car.

“My other two children have been much easier to parent, so it’s naturally easier to like them,” she notes. “Even so, I’ve never considered my middle child to be my least favorite, just more difficult.”

Clinical psychologist Arthur Robin counsels families on a regular basis and has observed a whole set of reasons for why parents may favor one child over another.

“A child’s gift or talent in music, sports, academics or theater may earn a parent’s favor – just as any reason for a child to stick out like a sore thumb may earn a parent’s disfavor,” says Dr. Robin. “Or, what a child reminds the parent of in him or herself may cause favor or disfavor.”

Robyn Adams of Waterford says that’s a factor for her when parenting her two sons.

“The easier child is very emotional like I am,” she says. “I understand hurt feelings and taking things too personally. My other son has to be reminded that people have feelings that can be hurt.”

Adams is quick to add that while she sometimes struggles to understand her one son’s approach to the world, she loves him just as much as she does his brother whose personality more closely mirrors her own.

“It’s easy to just play favorites,” she says. “It’s much more challenging to understand the child who is giving you problems. But it’s something I continually strive to do.”

Dr. Robin says favoritism can be a particular problem in families with children with special needs.

“In clinic, I see a couple whose 8-year-old son is hyperactive and thus very wild and whose 10-year-old daughter is relaxed and cooperative,” he says. “Naturally, it’s hard for the parents not to favor their daughter.”

On the other hand, sometimes parents can favor the child with special needs, whose condition needs more attention and perhaps garners sympathy.

“I see this especially in families of patients who have spina bifida and are wheelchair-bound or who have childhood cancer or asthma,” Dr. Robin says.

While issues of favoritism may be more apparent in families in which one child has a disability, they are certainly not exclusive to them.

“I’d wager that if you were to ask 20 families you randomly came across in the mall if one child was favored more than others, more than half would say yes,” Dr. Robin says.

Brenda Volling, a professor of psychology at the University of Michigan, says it’s important to distinguish between parental favoritism and different treatment. Just because parents treat a child differently doesn’t mean they are favoring him or her.

“Parents should be treating kids differently. Experiences change with age, and older children should be held more accountable than toddlers,” Volling says. “A father may favor his son because the two can toss a football and may have shared interests, but that doesn’t mean he loves his daughter less. He just needs to make sure he’s doing things with her that make her feel special.”

Libby says that the difficulty arises not in having a favorite but in what parents do with that preference.

“Often it can mean that preference comes with privileges that aren’t earned,” she says. “That’s where the underbelly of favoritism can reveal itself and potentially become problematic.”

While the long-term effects of favoritism can be quite serious, parents have a few strong weapons in their back pocket – knowledge and self-control. In other words, once parents recognize and acknowledge a preference for one child over another, they can make conscious decisions to avoid acting on that preference.

“Parents must make a strong effort not to compare their children,” says Tracey Stulberg, a Birmingham-based marriage and family counselor. “It can be easy for a parent to fall into the trap of saying ‘your brother was easier at your age’ or ‘your sister never gave us problems like this.’ Parents need to remember though that words matter. They can do considerable harm.”

To that end, Stulberg urges parents to be mindful of what they say.

Libby notes that in a healthy family, ultimately every child will have the experience as the favorite.

“Favoritism can rotate,” she says. “For example, a child may be working really hard on a school play, and a parent may admire that work ethic and give the child a pass on household chores. But the message then must be to the other kids that when they take on a challenge like that, they too will be given such a pass. The special treatment must be moved around.”

In group sessions, Stulberg regularly hears one child voice that another is loved more by one or both parents.

“There are often valid reasons parents treat kids differently,” she says. “But as a parent, you must explain that the sister’s behavior earned a certain privilege while the brother’s did not. You’ve got to be really clear that while rules apply across the board, privileges may be applied differently. Favoritism should not be mistaken for earned privilege.”

Stulberg says that when children voice that they feel a sibling is more loved, parents should probe further asking what would make the child think that. Then they should take a hard look at whether there is some truth to what the child is saying.

Likewise, Libby stresses that parents need to be open to hearing their child when she says she feels they love her brother more or when he says they care less about him than his sister. Similarly, she stresses that parents not only listen to but respect what the child is saying and avoid putting a value judgment on it. Lastly, she encourages parents to have an open dialogue with each other.

“Parents need to be open to telling a partner that they’ve observed the other giving preferential treatment,” Libby says.

The common theme that experts seem to share is that when parents explain the rationale for their decision-making or granting privileges to one child and not another, children are more likely to accept it.

“Parents need to explain that it’s because your brother is older that we let him stay up late. You’re younger and need more sleep,” Volling says. “Kids may not like this explanation, but they’ll accept it.”

Stulberg is honest and open with her own children about household rules and how they apply.

“I always tell my kids that the rules will always be the same, but I’ll never treat you exactly the same,” she says. “I can’t treat you the same all the time every day. The squeaky wheel on one day won’t be the next day. But I make a point to explain why I’ve made the decisions I have.”

Mom Robyn Adams offers her own expert advice that six years of parenting has afforded her: “Understand what makes each of your children tick, even if it is completely different from how you operate,” she says.

“The key to avoiding favorites is to take the time and effort to know each individual child with all of their unique personality traits.”