The free game for mobile devices has become super popular. Read up on important safety advice so you can enjoy catching Pokémon – without injury. 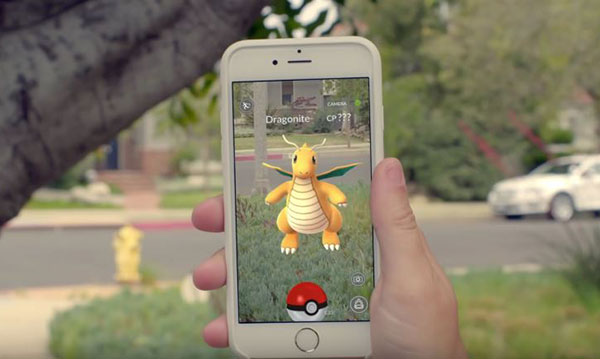 Pokémon Go, a free downloadable game for mobile devices, hit the market this month – and it has taken off among kids, teens and nostalgic adults alike. In fact, it already hit No. 1 in the Apple App store, less than a week after its release on July 6, 2016.

In case you’re not familiar, Pokémon rose to popularity in the 1990s with Nintendo Game Boy games. Later, the franchise grew to include trading cards, movies, a TV series and more.

The 2016 game uses GPS and your mobile device’s camera to actually “discover Pokémon in the real world.” Basically, the little monsters are lurking in your neighborhood at historical landmarks, churches, stores, parks and more – and it’s your job to capture them by “tossing” Pokéballs on your screen.

There’s no question this game is innovative and pretty dang cool (this writer downloaded it just to see what the buzz was about). It’s awesome that it gets kids and teens off the couch and outside walking around their communities. There are definitely some real positives.

But, there have already been some publicized negatives, too. Thieves apparently used the game to lure teens to a specific location in Missouri. A guy’s house, located in an old church, was actually turned into a destination in the game, attracting swaths of players. People are even hurting themselves unintentionally while playing because they aren’t paying attention to their surroundings (something the game actually cautions you to be aware of each time it loads up, by the way).

To keep your kids safe – and let’s be honest, you, too – we offer this advice to keep in mind while out “catching them all” with Pokémon Go.

Trespassing has been publicized as a concern (and here in Michigan, that could mean some heavy fines, misdemeanors or more legal trouble).

It doesn’t appear that the game requires you to enter a building or space (aka a Pokéstop) in order to catch Pokémon. Rather, the player just needs to be nearby, emphasizes a Gizmodo article. Just keep this in mind while hunting and don’t enter private property.

2. Pay attention to your surroundings

Each time the game loads, it issues players a warning: “Remember to be alert at all times. Stay aware of your surroundings.”

With people already claiming they’ve accidentally injured themselves, it’s important to look up from that screen to ensure you’re not walking into a pole, a ditch or into the street. Kids should especially be aware if playing the game near any roadways.

“Be aware of what’s going on around you. Don’t get buried in the game,” says Melissa Shimshock, nurse and injury prevention coordinator for trauma services at Providence Hospital in Southfield and Providence Park Hospital in Novi, says. Shimshock, also the Safe Kids Oakland County coalition leader, suggests teaching kids to make eye contact with drivers, “so that you’re aware that they’re aware you’re there.”

Paying attention applies to driving, too. For teens and young adults, it’s probably worth emphasizing that just as they shouldn’t be texting and driving, they shouldn’t be trying to catch Pokémon while driving, either – something Washington’s Department of Transportation has already made a public announcement about.

“Texting and driving is bad enough but playing a game and having your head buried in a phone (is) so incredibly dangerous,” Shimshock adds. She explains especially for those under 23, it’s not that they’re bad drivers, rather, their brains aren’t fully developed, meaning, “they have a hard time multitasking.” Add a new game to the mix and “you’re more prone to having accidents while being distracted.”

Just a note: If you leave the app running in the background, Forbes explains, it will buzz when a Pokémon is nearby, so it’s not necessary to be looking at the screen at all times.

“When you do spot one of the creatures, stop wherever you are and get to a safe place, sit down and then continue the game from there,” Shimshock advises.

If your kids head outside to look for Pokémon, make sure you set boundaries for how far down the street or from the home they can go, Shimshock adds. It would be easy to wander too far down the street in search of creatures without paying attention, resulting in a lost kid who doesn’t know how to make his way back home. Gizmodo adds parents should keep an eye on kids while they play.

4. Know what to do in an emergency

The Philadelphia Police Department actually tweeted a warning to the public due to “a string of armed robberies” targeting distracted Pokémon Go players. Aside from teaching them to be aware of their surroundings, teach kids about strangers, how to call 911 and how find help if they are in a tough spot away from home.

“Unfortunately there are people out there that like to do bad things and you have to be mindful of that,” says Shimshock. “Get out of there and have fun, but just be smart about it.”

Kids should travel in a group and avoid catching Pokémon in unfamiliar areas. “I probably wouldn’t play this at nighttime,” she says. Make sure areas are well lit and well populated.

Though not a safety tip in the traditional sense, when downloading any app or game, it’s worth browsing through its privacy policy to ensure you’re OK with the data the makers are collecting. BuzzFeed writes Niantic, the maker of the game, can collect personally identifiable information ranging from email address, IP address, location and even what webpage you were using before signing in to Pokémon Go.

Grab your blankets and basket of goodies for an outdoor meal and tons of fun at one of these top picnic spots in Macomb County.
Read more
Attractions