Whether it's the perfect Insta pic or a fleeting Snapstreak, kids are constantly on camera. But the good news? They aren't much more self-absorbed. 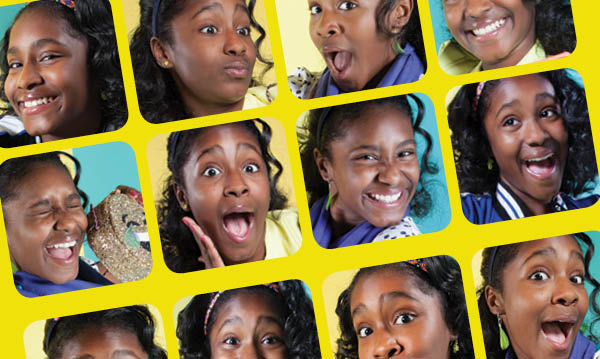 I have watched my 17-year-old daughter order a $5 chai latte for the sole purpose of taking a selfie while holding up a Sophia-tagged Starbucks cup.

After a few sips on the way home, the overpriced tea is left behind on the kitchen counter. “You forgot your Starbucks,” I’ll call up to her room. No answer means she’s hunched over her phone, painstakingly editing the shot and composing the perfect caption for Instagram.

But even as one minute Sophia is carefully curating her life, posting pictures of her best self in what amounts to an online art gallery, the next minute finds my daughter sharing an up-the-nostril shot on Snapchat.

Should I worry that the camera she carries around in her pocket is making her vain? Or are selfies simply this generation’s Rubik’s Cube?

“With Snapchat selfies, it’s not about artistic intent,” says Sharon Jones Hicks, a Farmington Hills friend of mine who knows more than the average mom about this kid-dominated zone. Hicks agreed to keep her 17-year-old’s “Snapstreaks” alive during Sarah’s two-week trip abroad last winter. And not just a few streaks – 26 of them.

For the uninitiated, Snapchat is a social media app that’s been around since 2011. Millennials love Snapchat because unlike the more user-friendly Facebook, they understand innately how to use it – and their parents don’t. The app lets them send photos and videos across the globe or across the room that disappear after a set amount of time, usually a few seconds. So much for posterity, right? The Snapstreak that Hicks got roped into is a daily exchange of pictures, often selfies. The app tracks the number of days that friends have kept their streak alive, which makes mere communication feel more like a game.

When Sarah sat her mother down for a pre-trip conversation, Hicks was afraid her oldest daughter was bracing her for bad news. “That’s how seriously she took her streaks,” Hicks says. “She acted like she was trusting me with her life.”

Which she kind of was: “Keeping Sarah’s streaks alive gave me an interesting window into the life of a teenager,” Hicks says. “I used to watch her and my younger daughter Jordan mugging for selfies – sticking out their tongues and flashing the peace sign – and it bothered me that I wasn’t in on the secret. Now I get it.”

Hicks notes that she had to be mentored by Jordan at the start of the favor. “I was editing myself by deleting shots to fix my hair, stretch out my neck or try for a better smile,” Hicks says. “Although at the beginning I was hyperaware of my appearance due to all the selfies, by the end of Sarah’s trip I was much more accepting of my everyday appearance.”

That insight from the other side could allay the fears of parents who are worried that all these selfies are turning kids into egomaniacs. The thing is: They already are.

Experts agree that starting in the toddler years, self-centeredness is a completely normal part of development. Falbaum says that taking and sharing selfies doesn’t make her own two kids egocentric – that’s where they should be developmentally at 14 and 17. But the omnipresent camera does seem to exacerbate the phase. And she feels it’s up to her as a parent to push back.

“My kids are supposed to be selfish and I’m supposed to teach them how to be better people,” she says. “They get good grades, they have good souls, but they are incredibly self-absorbed.”

Falbaum says she’s watched her kids and their friends pass the time by taking dozens of selfies, one after the other. “When I was their age, I stood in front of my mirror and tried out different smiles. ‘Oh, what do I look like with my hair pulled up and my chin tilted down?’ But then I walked away from the mirror – I looked out the window at the world or picked up a book,” she says. Something about the act of her kids sharing those developmentally normal moments of vanity makes her uncomfortable.

Falbaum says the societal turn toward online connections results in a new kind of angst: “I see young adults in my office in their 20s who have extreme anxiety about talking to people face-to-face because they don’t have to do that as much as we used to.”

In her own home, she watches social media foster FOMO – a fear of missing out – in her kids. “They’re sitting at home having a ‘pathetic’ dinner with their parents while their friends are out doing this and that and posting it all for everyone to see,” she says. “It reinforces the feeling they already have: Everyone else’s life is great and mine sucks.”

We both know of kids who beg their parents to attend big social events but are ready to go home as soon as the selfie shot is secured. “Pics or it didn’t happen” is the new golden rule: Show unto others what you do.

Of course the joy of life is in the living, Falbaum says. “We want our kids to have these great experiences – not just document them for Instagram.”

My daughter came home from her senior year spring break trip with 600 pictures on her iPhone. About a hundred of them were selfies.

Many were group shots – arm’s-length images of Sophia and her gal pals goofing off in the Caribbean sun. But there were also dozens upon dozens of solos: Sophia on the beach, Sophia eating ice cream, Sophia in the elevator. She took these pictures because – well, because she could. The act of holding out her phone and smiling could be achieved in a moment, and that moment would then be captured for eternity.

Compare this to photography when I was her age. I had a clunky 35 mm camera, which I had to load with cartridges of film. Remember, we had selfies back then too – the autotimer function helped us take aim, run back into the frame and smile when the flash went off 10 seconds later. Once all 36 frames were filled, I had to walk to the corner drug store, fill out an order form, drop the envelope in a plywood box, wait a week or two for prints to come back, then return to the store to pay for my pictures, only to discover that about half were overexposed or out of focus.

This is why, from my own birth until the birth of my kids, I have just a few photos from each major life event, if I’m lucky. But when I think back to my own awkward teen years, I have the gift of hazy memory. Once today’s kids get to my age, they’ll look back on their childhood with picture-perfect clarity. Because so much of their daily lives is documented, they won’t have the luxury of leaving bad choices on the cutting room floor.

But their app of choice – Snapchat – helps kids treat selfies like fleeting memories. The “now you see it, now you don’t” gimmick is a high-tech version of passing a friend on a busy street or crowded school hallway. You catch a glimpse, you smile and wave, and then you’re gone.

Who says you can't have breakfast for dinner? These local restaurants offer pancakes, sausage, hash browns and other first-meal faves any time of day.
Read more
Guides

Winter's grip got you good? Embrace the cold and hunker down with your kids and family by practicing hygge — the Danish art of getting cozy.
Read more
Guides

Looking for a hot outdoor space for your family to chill out at this winter? We've rounded up our favorite outdoor winter fun spots for you to enjoy.
Read more