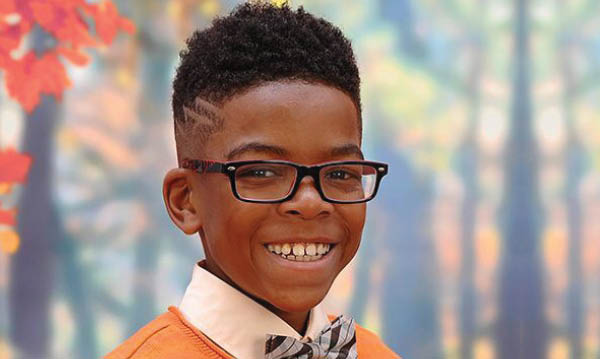 What were you doing at age 11? Titus Smith III of Southfield is juggling all the usual fifth grader stuff – along with hitting deadlines for writing articles about the latest news.

Titus recently was picked as one of 39 kids, ages 4-10, from all over the world to serve as a Kid Reporter with the Scholastic News Press Corps, an award-winning group of kids who report the news to other kids.

He got the idea to apply from his teacher at Harlan Elementary in Bloomfield Hills and sent in an article, with a little help from mom, about the Reach Out to Youth program in Detroit. It landed him the spot as Michigan’s sole kid reporter.

“I like that we have a variety of what we can do,” says Titus, who wrote about Detroit’s auto show last month. “We can report about cars, people, new toys and box office movies. We can report lots of fun things.”

Growing up around reporter Danielle Simpson – his godfather’s wife – Titus enjoys both writing and reading, even founding the Generation 2 Book Club. He’s also a wiz in science and math and hopes to someday be an engineer.

“I want to build my own company with my brother,” he says. “We play video games a lot, and we want to make the technology for the video games.”

Keep up on the latest from Titus and other kids at kpcnotebook.scholastic.com.