Stop the Sass: How to Deal With a Mouthy Child

Sick of the sass and backtalk coming from your tween? Here are some expert tips for parents on how to deal with a mouthy child. 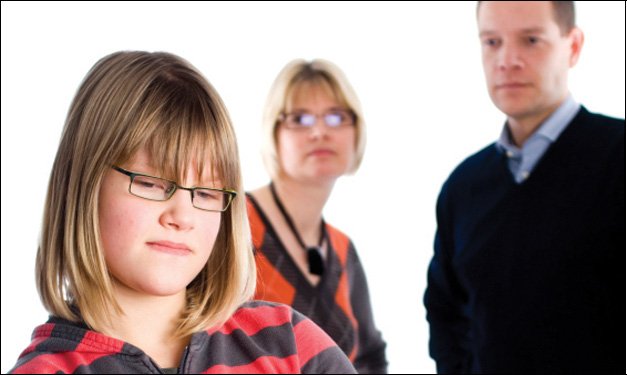 Back talk is a long-accepted (yet dreaded) part of teenage years. But what about that transitional, young tween phase? When a previously sweet 9-year-old kid lashes out or snaps at his or her parents, it can be pretty jarring.

So what’s a parent to do when kids start getting sassy? Some metro Detroit experts piped up to Metro Parent on how to deal with a mouthy child.

While your child’s behavior may come as a shock, it’s key to keep calm, says Royal Oak-based social worker Craig McLean. Resist any urge to snap back or recoil in horror.

After all, McLean says, part of the reason kids talk back is a lack of language development. Just like the toddler who can’t talk and hits because she wants to get something across to a playmate, bigger kids experiment with their spoken words.

“They are testing the water,” says McLean, “seeing how far they can go with a particular language and a particular tone.”

In the process of exploring the world through language, they may say things that push the limits – and then adjust when they see the kind of reaction they get.

They’re trying to exert personal power to test their independence. And, as a result, they wind up in power struggles with parents and will use their newfound language to try and win the battle.

Parents should give kids skills and words so that they can express themselves in an appropriate way.

Teresa Sandner, a parent education specialist with the Community Assessment Referral and Education (CARE) center of Macomb, offers a tip from raising her own children.

“I would give them ‘I’ messages and let them know, ‘If you continue to speak disrespectfully, that there are things that I do for you that I won’t be willing to do,'” she explains. “Little things that are not required as a parent, but things you do because you love them.”

Sandner says “I” messages also can tell your child how you felt as a result of their behavior. I messages start with yourself and your feelings – “I feel” or “I felt” – instead of “you” messages, which start with an accusation such as “You did this (bad thing).”

Sandner says parents should correct egregious behavior, but try to ignore any minor irritating comments. Sandner acknowledges that it’s hard to do, but sometimes kids talk back for attention, so withholding that can eliminate the bad behavior.

Parents have to make it clear that talking back or sassing is unacceptable and, if it continues, there will be consequences – such as a time-out or limiting favorite activities. Kids need to understand that if they want to be treated with respect, then they need to show that respect to their parents.

“Still, you have to give kids some latitude as they’re testing their wings,” Sandner says.

Oftentimes kids just want some personal power, and parents can give it to them – to a certain extent. For instance, allow them to decide what they are going to wear (within reason). Small little concessions of power could prevent you from having daily power struggles with your child.

The most important thing to remember is that they are young and may not understand that the words or tone they are using is harsh.

“It’s the parent’s job to help kids understand their power,” Sandner says, “as well as what is appropriate language and what is not.”