With the 20th anniversary of the attack on 9/11 fast approaching, here’s how to appropriately field tricky and scary conversations.

On Sept. 1, 2001, I wasn’t yet 1 when a terrorist attack on the World Trade Center left the country rattled. My mother says I was watching Clifford the Big Red Dog when my father called her from work and told her to switch to the news channel. The coverage played all day in our house.

I can’t remember when I first learned about the events, but I grew up with the normality of TSA lines before every vacation, of fourth grade bullies trying to remove a Brown classmate’s hijab and of the word “terrorist” floating into history classrooms as leaves turned brown outside the school window.

With the 20th anniversary of 9/11, children may be more exposed to graphic imagery and information, whether at school or through heightened media coverage. In preparation for this, I talked with Michigan School of Psychology core faculty member Dr. Johanna Buzolits, who has a Ph.D. in counseling psychology, about how parents can prepare for conversations with their kids about the event.

The first step, Buzolits says, is understanding their perceptions of 9/11: “Ask them, ‘Did you guys have a lesson about this in school today? What have you heard?’ ”

By listening first, parents don’t have to assume what their child does or doesn’t know. Having a foundation of their understanding can help establish their fears or anxieties, their knowledge base and any misperceptions they may have.

Children in preschool and early elementary have a less-developed schema about time, Buzolits says.

“You might have to help a very young child understand this happened a long time ago,” she notes. One way to accomplish this is telling your child how old you were when it happened, like if you were in college, and how many years it happened before they were born.

Another common issue to correct is the learned animosity toward Arab Americans. When talking about the racism and harmful stereotypes directed toward Muslims that increased post-9/11, speak in terms the child will understand, according to Buzolits.

Older children, such as middle and high schoolers, can hold more nuanced conversations about the event and the repercussions. For any age, though — child and parent alike — control the amount of 9/11 media coverage consumed, Buzolits recommends.

“We learned, as it was happening, a lot of people became quite traumatized because they watched the video of the planes going into the building,” she says. “You can talk to your child about that. ‘I understand you saw this video. Let’s talk about how you’re feeling about it.’ ”

After gaining a framework of their understanding and any worries they may have, parents can guide the conversation with both honesty and sensitivity, Buzolits adds. “By asking those questions, you can tailor how you respond, if they just need to hear, ‘You’re safe right now’ and ‘our family is safe right now.’ Figure out what it is they need to hear and how they’re processing what they saw.”

4. Prepare your Answers to Common Questions

If your child’s school notifies you that 9/11 will be discussed on the anniversary, plan your responses in case your child asks what you remember.

“If you were someone who watched the towers fall, for example, you’re probably not going to share all that detail with your little ones,” Buzolits says. “As your children get older, you may choose to share more of those details.”

While younger children may worry an airplane will crash into their home or terrorist attacks like 9/11 are common, middle and high schoolers may ask difficult questions about domestic terrorism. Whatever the case is, “be prepared,” Buzolits says.

5. Include Hope into the Conversation

Find ways to weave good news into the story, such as first-responders and civilians rushing into the towers. “There were so many people, as terrible as it was, rushing in to help. That can be a really positive message to give children,” Buzolits says, recounting the famous Mr. Rogers quote, “Look for the helpers.”

Additional resources include books and lesson plans that range from grades three to 12 offered on the 9/11 Memorial and Museum’s website. 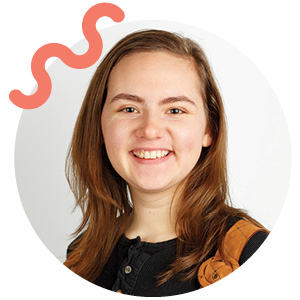 Paige Twenter is Metro Parent’s intern and is resuming classes this fall.

Teacher from Hell: Tips for Dealing With Difficult Teachers

Wondering how you should be dealing with difficult teachers? Make nice with your child's not-so-nice teacher with these 16 tips.
Read more
Sponsored Content

Buying and Selling a Home Is Easier Than You Think

Brought to you by Jim Shaffer and Associates
Read more
Advice

Discover some of the top bad apps for kids. Plus, a metro Detroit expert shares safety tips that go beyond monitoring what kids do on that smart device.
Read more
Sponsored Content