Teens and Tattoos: Tips and Advice for Parents

Should your teen get inked? Southeast Michigan parents and teens weigh in on this permanent form of body art that's growing increasingly mainstream. 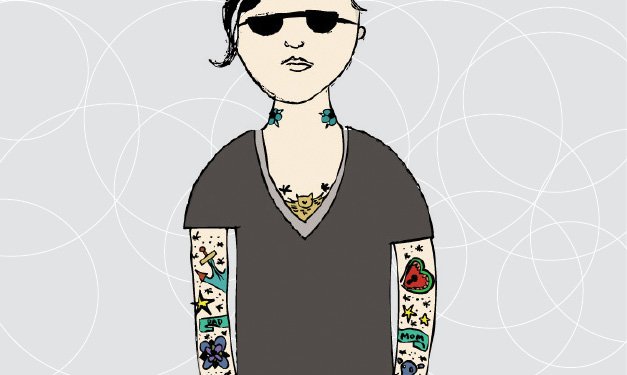 Teens are no strangers to double takes – and that’s as it should be. Whether it’s fitting in or standing apart, many kids experiment with their appearance. And, for some, that’s meant toying with the idea of tattoos.

“I think teens have a huge desire to express their independence and individuality,” says Sterling Heights mom Valerie Trombley Zilinsky. “They are trying to discover who they truly are and are compelled to show the world how strongly they feel about their identity.”

Of course, by Michigan law, it’s not an option for kids younger than 18 – unless parents give explicit consent. But it’s a conversation families are having. Here’s some insight.

Ink on the rise

Without a doubt, tattoos are distinct – which may be why they’ve become so popular and accepted. According to a 2008 Harris Media poll, report 14 percent of the population is now inked, up from the 6 percent reported in a 1936 Life Magazine article. Reality shows such as Miami Ink show the artistry involved in tattoos, making them seem less like a sign of rebellion anymore and more a somewhat permanent and profound fashion accessory.

That’s how 17-year-old Rachel Winstrand sees tatts. “I want a tattoo for aesthetic reasons,” says Dearborn teen. “I like the way they look.”

Jordan Thomas, also 17, of Southfield is also a fan – “if they are not too big and have a special meaning.”

For these teens, tattoo designs are a highly personal decision, not so much affected by what other people think they should look like. Neither Rachel nor Jordan has fully set their minds on getting inked, although they’ve both tossed around possible designs.

“I want a tattoo that says, ‘Grandma’ and I would put it on my arm,” says Jordan. “I won’t have a tattoo that would show when I’m at work. It would be on my upper arm.”

Winstrand is considering a hidden placement as well. “I want four stars in a half circle on my hip,” she says.

That’s in keeping with another tattoo trend – discretion. According to the same Harris Media poll, 70 percent of teens and young adults who get tattoos place them in spots that potential employers wouldn’t see, thwarting one of the main arguments parents have against tattoos.

Zilinsky’s chief concern is that the teen will regret getting the tattoo. What happens when they grow up and that butterfly or yin-yang symbol doesn’t seem so meaningful?

Jordan is not worried about how he will feel about his design choice when he is older. “I want my tattoo forever because my grandma is special, and I’ll love her forever.”

Rachel admits that she is not sure if she will always like her design, but says that she is spending a significant amount of time considering it. “I don’t want to hastily ink something on my body,” she says.

“My mom is completely against it,” says Rachel. “She views tattoos as trashy.”

Jordan’s tattoo plan is a no-go right now, too.

“My grandmother and auntie think that a tattoo does not fit my character and think people would look at me differently than they do now,” he says.

Eighteen seems to be a milestone age in many parents’ opinions.

“My daughter must be 18!” says Zilinsky. “I’ll be happy to help her decide on the artwork, placement and artist when she is an adult. I’ll even go with her if she wants, but I truly feel it is an adult decision.”

This article originally appeared in a September 2011 issue of Metro Parent.