The adventure of a lifetime is just a couple clicks away. Find out about our annual CoverKids Search, get tips for choosing a photo to submit and more. 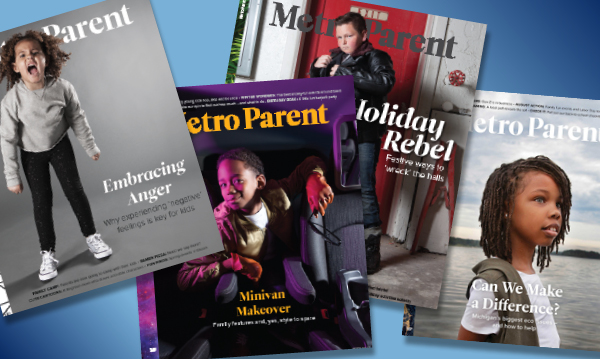 The Metro Parent CoverKids Search is about more than just finding cute children to put on our cover. We want to give Michigan kids a chance to shine, while also helping them build for their future. Our grand prize winner receives $2,529 in a college savings account and appears in an ad campaign for Michigan Education Savings Program (MESP), but that’s not all.

Each CoverKids winner appears on a cover of an upcoming issue of Metro Parent, which offers a fun and unique experience for each child. Our CoverKids have held snakes, played with baby farm animals – and even gotten pampered like a star. The best part? The day of fun is commemorated on our cover, and parents can always look back at it as a time capsule that captured their child’s star quality.

Alyea, a 13-year-old from Macomb County, appeared on the cover of Metro Parent’s March 2009 issue. On it, she channeled a social butterfly, and her mom Lynda says she has continued to embody the headline.

“Since then, she has signed with several agencies throughout metro Detroit and appeared in over 15 commercials and print ads,” Lynda says.

You may recognize her from the cover of three American Girl books – she represents Nanea Mitchell, the American Girl Hawaiian doll. Alyea credits Metro Parent’s CoverKids Search for her love of acting and modeling.

“She has definitely been on the go ever since her debut as the 5-year-old CoverKid,” Lynda says. “It really brought her out of her shell.”

So, how can your kid be a CoverKid? Kelly Buren, Metro Parent’s creative director – who also serves as one of the event judges – says there are a few things to keep in mind when submitting your child’s photo.

Be sure there is nothing obstructing the view of your child’s face. “Even sunglasses and hats should be removed,” she says.

Buren also adds that taking photos in well-lit areas produce a better result. “Natural light is the best, so try having your kid face a window for their picture.”

Since Metro Parent doesn’t use makeup for our CoverKids photoshoots, Buren also advises parents to submit a photo of your child without makeup. “We want to see what they look like naturally, since that’s how we will photograph them.”

This year, Metro Parent will be inviting our finalists to a live audition at Orchard Mall in West Bloomfield, as well. This will be a fun-filled day, but can also pack a lot of pressure for kids, Buren says.

“Prepare them, tell them what to expect, but don’t freak them out. It should be a fun day for them to show off – nothing more,” she says. “Your nervous energy or pressure can cause them to clam up.”

How can you help your child stand out? “If they are invited to the event, we already think your kid is good enough for our cover,” Buren says. “We want to see how well they follow direction, how quickly they open up to strangers, and who has a stand-out personality.”

Buren also reminds parents that the kids aren’t the only ones being watched at the event.

“Parents are part of the package. If you misbehave, the judges may not want to work with you regardless of how perfectly adorable your child may be.”

All in all, the CoverKids experience is not one to let pass you and your child by. It’s a time to celebrate them, encourage them to step out of their shell and let them shine. To this year’s contestants, Alyea offers her own advice: “Never give up on your dreams. Think positive and believe in yourself.”

Is your kid ready for their chance to become a Metro Parent CoverKid? Submit your entry by 11:59 p.m. on March 31!