The Dos and Don’ts of Dining Out With Kids

Is your family restaurant ready? Master the art of dining out with kids at a sit-down eatery with planning, well-considered restrictions and common sense. 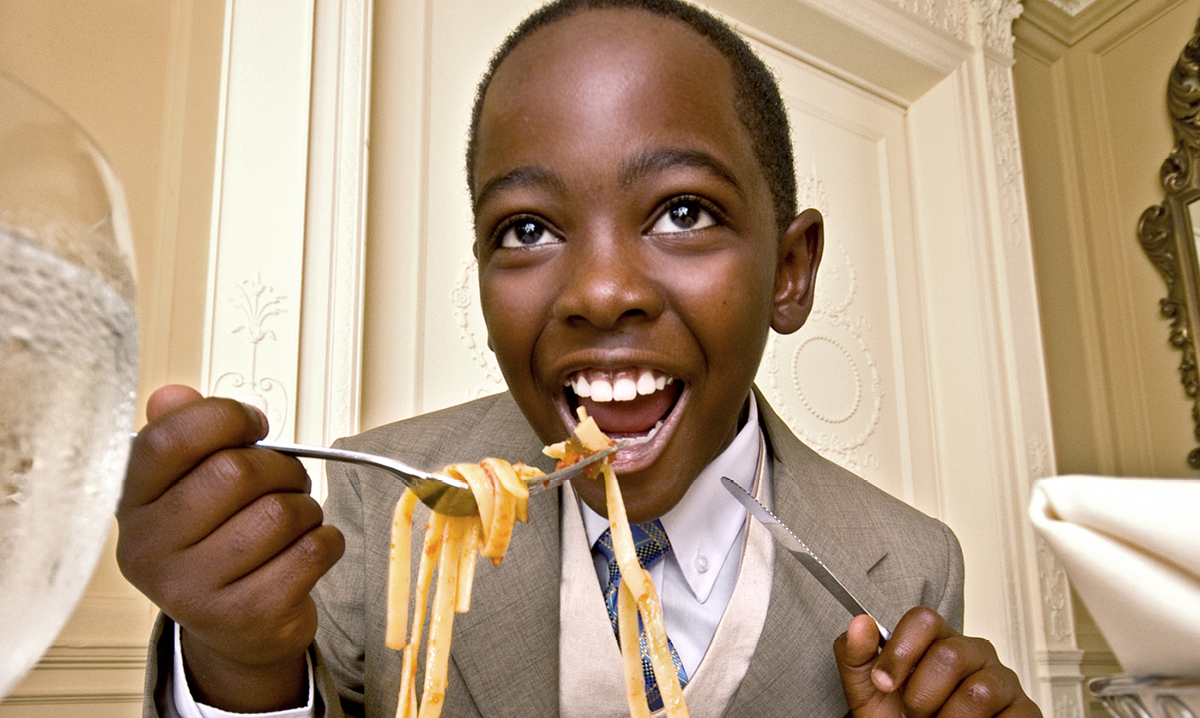 “A night out? No problem,” I thought when my husband proposed that we take our then 6-month-old daughter out for her first dinner at a local restaurant. At the time, the concept of dining out with kids seemed pretty doable.

For the most part, our daughter ate, slept and needed the occasional diaper change – nothing that would prevent us from enjoying our dinner, I figured. But we didn’t get to the restaurant until later than we expected – it was bedtime (mistake No. 1). Then I skipped a feeding because we had to wait for a table (mistake No. 2).

By the time we were finally seated, our normally serene baby was starting to fuss and make little fists to express her frustration. Even the loud crowd of other diners couldn’t keep masking her cries.

I did what I could to keep her content. I rushed my daughter through a bottle after we ordered our meal to keep her calm (big mistake No. 3). After which she promptly started crying more shrilly, burped and spit up what she’d eaten.

Of course, most of the other patrons were staring in our direction when she had this final meltdown. I was near tears, while my husband was still trying to keep her happy with various finger toys we’d brought. The waiter checked to see if there was anything he could do to help, but we knew we’d made one mistake too many.

We asked to have our food to go, which the waiter eagerly agreed to do. My daughter fell asleep in the car on the way home; my husband and I ate soggy burgers and limp fries later that night after tucking our daughter into her crib.

Dining out with kids doesn’t have to be a disaster, though (for you or the other diners!). We learned that if we followed a few simple rules, we could avoid complete mealtime meltdowns with our daughter and, later, her younger siblings.

Eager to eat out more often with your kids? Keep these guidelines in mind. Better yet, add a few of your own rules to personalize the list for your crew. (And go ahead and add them to the comments below!)

I’m not talking reservations here. You might have heard about a trendy new restaurant in Ferndale or a tucked-away eatery in Ann Arbor. Before you head out to the restaurant, call to make sure that it’s kid-friendly.

“We field calls all the time about the dress code and whether children are welcome,” says Ryan Yaquinto, manager of Compari’s on the Park Italian restaurant and neighboring Fiamma Grille and The Sardine Room, all in Plymouth. Compari’s, for example, caters to a variety of diners, including families, while Fiamma is more for just adults, notes Yaquinto.

While you might gather the distinction by looking at each restaurant’s website, it’s always good to ask.

DON’T go to a fine dining establishment with young kids.

Upscale restaurants often try to exude a calming atmosphere – the kind of soothing setting that will just beg your kids to have a full-blown tantrum. To top it off, these fancy eateries usually don’t have cuisine little palates can appreciate. For both reasons, upscale restaurants are not really suitable to young kids.

When are kids ready to dine finely? A quick survey of some local lavish dining options, from The Lark in West Bloomfield to The Whitney in Detroit, offered an array of starting ages. The consensus was that those under age 8 should probably be left at home. Others pushed the best age to start frequenting them to 13.

The bottom line is that it really depends on the child’s temperament and interest in the experience. Give a thorough and honest evaluation of your child’s readiness.

DO try out a new restaurant with your kids.

There are so many different restaurants and foods to try out here in Michigan – from Middle Eastern shawarmas to Thai noodle dishes to fresh Japanese sushi.

You shouldn’t shy away from letting your children try out new foods firsthand. Starting kids early in adventuresome eating can help set them on the path of being open-minded eaters.

When you do decide to dine out, you should avoid restaurants’ rush hours to ensure that you get the best service – and that you won’t be waiting around for your table or food (both guaranteed to induce whininess in kids).

The ideal times for dining out with kids are right when a restaurant opens, say around 11 a.m., or during down times between 2 and 4 p.m. That’s according to Michael Metevia, head chef at Slows Bar BQ in Corktown, which is among many Detroit restaurants for kids and the entire family.

During a Detroit Tigers game, for example, when the restaurant is packed with fans is definitely a no-no. An early lunch or dinner is usually the ideal time to try out a new-to-you restaurant with your kids.

Sure, the restaurants may have coloring pages and crayons, but if you already know that your child is a marker fan or that a couple of Matchbox cars will keep him busy, take along toys your child already likes.

Just be careful that your child isn’t going through a “throwing” phase if you opt to bring along the plastic dinosaurs!

We’ve all done it – figured that “just this once” you can take your child to a restaurant during her scheduled sleep and she’ll still behave. Don’t.

Who says you have to eat at the restaurant? Yaquinto suggests that for something special, you can get your meal to go and then eat it as a picnic. Compari’s is right across from Kellogg Park, a popular place where families gather for events or just to enjoy the outdoors. Why not eat your dinner there, too?

DON’T wait at the bar.

If you do end up waiting for a table, Yaquinto says to avoid lingering in the bar. Without kids, it’s fine. “But the bar is not the best place to wait with kids.”

DO bring a backup snack.

Yes, you’re eating out, but you may want to carry a stash of Cheerios or another surefire snack in case your food ends up taking longer than expected.

Of course, you don’t want to ruin your child’s appetite, but at the same time you don’t want him or her getting so hungry that he or she gets cranky. And just because you bring it, you don’t necessarily have to get it out.

Allowing your kids to roam away from your table or even around it isn’t just rude for the other restaurant patrons – it’s dangerous. Yaquinto points out that waiters are often hustling by tables with large, heavy trays of hot food. They’re not expecting small children to be in their way.

If your child can’t sit still at the restaurant table – even with your backup playthings and snacks – it may be time to order the food to go. It’s better sitting through a meal where you’re constantly trying to wrangle your kids to their seats.

And, it really seems this should go without saying, but you know you’ve seen this yourselves: Kids should NOT under ANY circumstances stand on chairs, booths or tables. Doesn’t matter if it’s at McDonald’s – it’s bad etiquette and simply shouldn’t be done. Manners and social skills still matter for kids.

DO order an appetizer as a meal.

Part of the fun of dining out with kids is letting your child experience new tastes and flavors. Often those tastes are hard to find among the typical kids’ menu items. The staple list of hamburgers, chicken tenders and mini pizzas may not be that different from what your child would find at a fast food restaurant.

Get creative with your order – try out appetizers as your child’s meal. (Just make sure that you let your server know that you want your appetizer with your meal, not before.)

Nothing appealing listed in the appetizers? Skip the kids food menu and let your child split an adult entree with a sibling or with you.

He may be more excited about going to the restaurant if he knows he won’t be stuck eating fried chicken tenders every time. Philly cheesesteak sandwich, mom?

DO practice manners at home.

During your own mealtimes, encourage your children to behave as they would in the restaurant, meaning no talking too loudly and sitting patiently and using forks instead of fingers.

By going over appropriate behavior at home, dining out with kids will become easier, and you can also teach them other lessons on etiquette. For example, when her kids were ages 9 and 12, Waterford mom Melissa Weimer encouraged them to say “please” and “thank you” to servers at restaurants.

OK – you can break this rule every once in a while. But if your child has been the perfect little angel during your entire meal, you shouldn’t push your luck and order dessert, too. Remember, it’s going to take more time to get your dessert, eat and then get your check.

During that time, your child is likely to become wiggly and even a little cranky if she’s already sat through an entire meal on her best behavior. If you really want something sweet after, order your dessert to go or stop by one of metro Detroit’s delicious ice cream shops on your way home.