Explore the free-range parenting movement and how letting kids experience unstructured and unsupervised play can help foster a sense of independence. 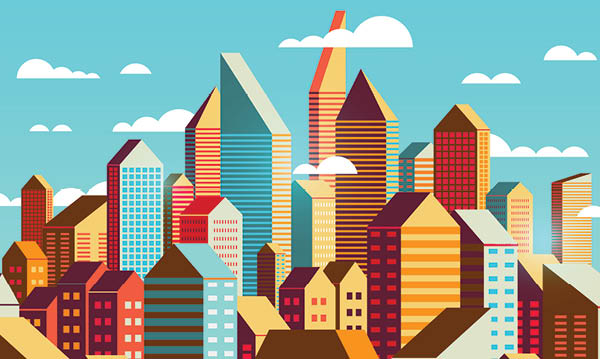 When I was about 6 years old, my dad sent me to the store for a gallon of milk. I was scared, and maybe even cried, but he wouldn’t take “no” for an answer.

So I walked several blocks through Beverly Hills, crossed busy 14 Mile Road at the light, handed money to the man behind the counter, and somehow made it home unscathed – even if I had to stop and rest my arms along the way.

These days, if a father did the same thing, he might be considered abusive – maybe even investigated by Child Protective Services. More likely he would never send his young daughter to the store alone at all.

But for me, that would mark the first of many trips to that same market over the years, by foot and bike, hopefully with a quarter in my pocket for a candy bar.

As I got older, I would ride to downtown Birmingham, lock my bike and browse the candy, stationery and record shops with my best friend.

For me and many others in my generation, those countless hours roaming free and meeting up with the other kids in the neighborhood are some of our fondest memories. We walked to school, made up games, trick-or-treated and delivered newspapers without parental supervision.

Sadly, that “playing outside until the streetlights come on” cliché is now nothing but nostalgia.

For our own kids, things just aren’t like that anymore.

One author and activist says it’s because we, the very parents who cherish our own childhood adventures, have created a narrative of fear that prevents us from letting our kids explore and experience the world on their own.

And, a few years ago, she decided to do something about it.

Myth of the big bad wolf

Lenore Skenazy didn’t set out to start a movement. One day she just let her then-9-year-old son take the New York City subway home on his own. And he survived.

A few weeks later, she wrote a column about it for The New York Sun, which sparked a media firestorm and impassioned debate.

That was back in 2008. Since then, she’s trademarked the term “Free-Range Kids” and written extensively about the anxieties that cause parents to keep their kids cloistered in the safety of indoor play and organized activities.

She has spread her message through speaking engagements, her 2010 book Free-Range Kids: How to Raise Safe, Self-Reliant Children (Without Going Nuts with Worry) and the short-lived Discovery Life reality show World’s Worst Mom.

She argues that even if there are a few parents who encourage their kids to savor unstructured time and outdoor exploration, there’s nobody else around to join them.

“If somebody’s in the playground, they’re usually very young and with their mom or a nanny, or doing an organized activity,” she says. “Kids just don’t have time to play on their own.”

Today, she writes, just 13 percent of U.S. children walk to school, and one study found only 6 percent of kids ages 9-13 play outside in a given week.

She chalks this up to unfounded fear that our children are under constant threat from germs, flashers, failure or “the perils of a non-organic grape.”

And, most notably, creeps, kidnappers and strange men.

Skenazy says she finds this state of affairs much scarier than the proverbial bogeyman, especially considering crime rates are at a 50-year low and the chance of abduction by strangers is extremely rare.

In fact, the No. 1 killer of kids is the automobile, but we hardly address that danger at all, she says.

Yet she holds out hope that things can change – and that’s what motivates her, she says, to wake up every morning and write another blog debunking the myths of modern parenting (read up for yourself at freerangekids.com).

“Our kids are not in constant danger, and we can give them the same old-fashioned childhood we enjoyed,” she says. “We can’t keep underestimating our kids and overestimating danger the way our culture tells us to.”

No walk in the park

The free-range movement gained momentum in December 2014 when a then 10-year-old boy and his 6-year-old sister were picked up and detained by police while walking home from a Maryland park alone, prompting their parents to come under investigation for neglect.

It’s true, the Meitivs are card-carrying free-range parents (yes, there is a card), but Skenazy says you don’t have to declare allegiance to any group in order to let your children have a little more freedom.

And there are proven benefits to unsupervised play – where kids can make their own rules, work out their own conflicts and learn their way around by themselves. It gives them pride, confidence and problem-solving skills, she says.

Of course, there are many reasons other than evil abductions that make parents reluctant to let their kids go off alone.

And the free-range movement urges us to think a little deeper about whether the threats we are protecting our children from are real or imagined.

In Michigan, there are no laws that limit a child’s ability to “free-range,” Skenazy’s site notes; only guidelines suggesting kids under age 11 shouldn’t be left home alone, and those under 6 should not be left solo in a car.

From there, it’s up to parents to figure out what is best for their family.

“It’s all about common sense,” she says.

The guiding philosophy should be to increasingly challenge children to do more and more without your help.

“You let kids make all the choices that are possible at their age unless it comes to health and safety. At that point, we take over,” says Serlin, a longtime local educator and parenting consultant. “The hope is they’ll learn from their choices, good and bad, so that when they get older and are faced with tough decisions, they’ll know there are consequences.”

She’s not a fan of the Meitivs’ approach, though, as the kids were a mile from home and likely in violation of state law.

“There are other ways to teach independence,” she says. “The probability of something happening is pretty low, but if something did happen, it would be catastrophic.”

Dr. Eric Herman, a clinical psychologist at the DMC Children’s Hospital of Michigan in Detroit, also has reservations about the free-range movement.

“I don’t think we need to label it. It sounds like we’re talking about chickens or something. It’s silly,” Herman says. “It’s called going out to play.”

Still, he thinks it’s up to parents, not the government, to decide how far their children can walk in the free world, and he encourages a balance between protection and permission.

“We don’t want to be teaching our kids to be afraid of everything,” he says. “But the hard part is you love your child so much that one harmful thing is too many.”

Local mom Stefanie Weyand is sentimental about growing up with her three siblings, playing outside all day with other kids and stopping only to have lunch at whoever’s house was closest.

She longs for her 8-year-old son to experience the joys of unstructured play, but it’s hard to find like-minded families nearby, she says.

She once encouraged him to knock on a neighbor’s door and ask if the kids could come out to play.

The father who answered the door was bewildered.

“He asked Quin, ‘Where are your parents, are you lost?'” she says. With his two daughters in tow, he walked Quin safely home to his mother.

“I was on my porch reading a book. It’s a cul-de-sac in a middle-class neighborhood. There’s nothing to be afraid of,” she says. “But the dad seemed terrified.”

Weyand has since registered to find “Free-Range Friends” through a feature on Skenazy’s site, but so far, she hasn’t heard from anyone but me, a journalist doing research on the topic.

The most ironic part of all is that these days, it seems like it just might take a helicopter parent to raise a free-range kid – someone who will go above and beyond to find the opportunities for free play and independence for their child since they aren’t so naturally found anymore.