Treehouse Building Rules and Tips for Families in Michigan

Avoid the red tape when building a treehouse for your kids. Learn the common pitfalls, materials to use and other treehouse building rules and advice. 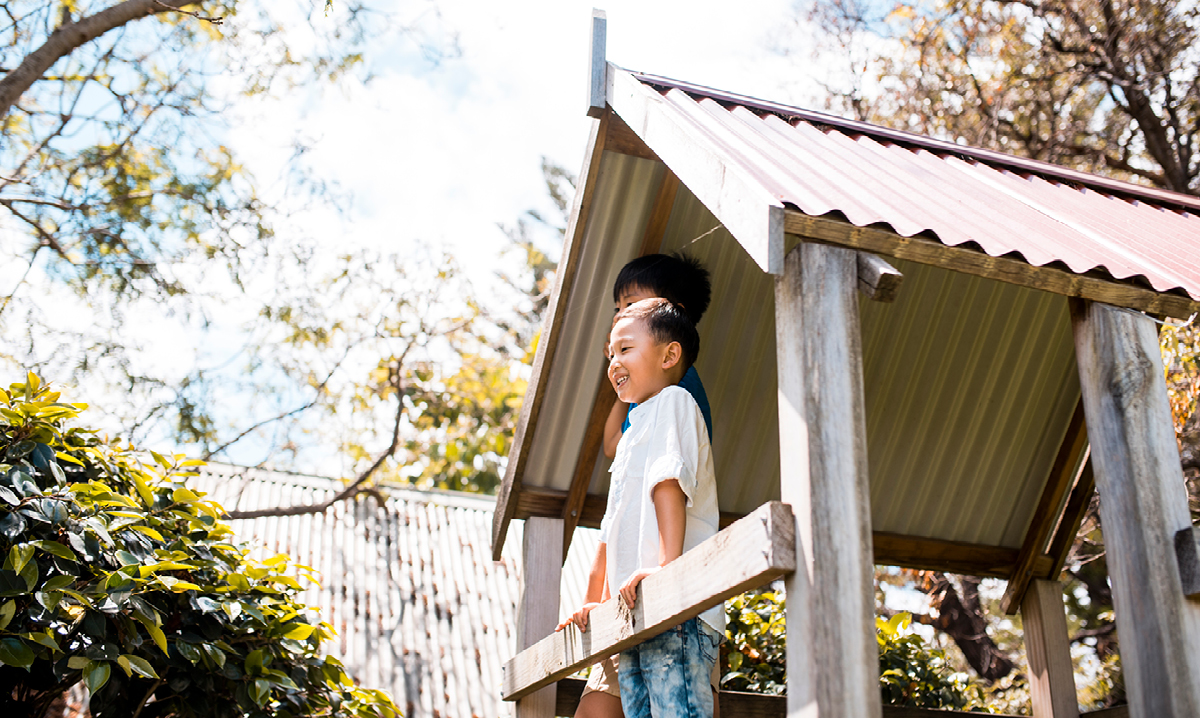 Building a treehouse, while a hallmark of a childhood, is no easy task for parents these days. Determining treehouse building rules before you begin is as important as the steps required in preparing your yard for a play set. And it gets even more complex.

Finding the right materials, figuring out whether a tree is safe to build on and estimating the cost of the project is confusing and time consuming – and it’s made even more difficult if the city decides a permit is necessary.

That’s the case for one family in Ann Arbor. Parents Tamar Boyadjian and Greg Douglas built a fancy treehouse for their children in 2017 but have since run into issues. They built the structure without a permit, the Ann Arbor News reports, after being told it wasn’t necessary, they said. Now, after thousands of dollars in fines and a court case, the family is updating the structure to comply with building code.

To avoid a costly legal scuffle and reduce headaches, here are some guidelines on treehouse building rules for families in metro Detroit and Ann Arbor.

Do I need a permit?

Whether or not a treehouse or play structure needs a permit is a city-level issue. To check, look for the “permit office” page on the officially website for your city, township or village. Most municipalities have handy FAQ pages for things that do and don’t require a permit.

Sometimes, a structure can pass into permit territory when it exceeds a certain square footage or height. So if you’re planning an elaborate structure, know that there’s a higher chance you’ll run into issues.

Many cities in Macomb, Oakland, Washtenaw and Wayne counties don’t require permits for standard treehouses. But if you begin to add electrical or plumbing, it might change the requirement.

“If you’re going to live in there, that’s different,” a building inspector from Sterling Heights tells Metro Parent. “Sometimes people run into problems because a city might have you blend the structure into the neighborhood or into the city, too,” meaning there could be certain aesthetic or size requirements.

He says checking with the city’s website and even giving the city a call is the best way to know for sure what those treehouse building rules are.

Of course, talking with and getting approval from your neighbors is one of the easiest ways to avoid complications. Make sure your structure does not invade the privacy of your neighbors and is far enough away from their property line.

How do I get started?

The first thing to do, says Adam Boyd – owner of Highland-based playhouse building company Spoiled Rotten Homes and whose two-story playhouse went viral – is to draw up the plans for the project and submit them to your local city government.

“You have to draw plans, and they’ll put it into plan review in case there are any questions,” Boyd says. “There are restrictions on heights and distance from lot lines and things like that, so any concerns will be brought up before you start building.”

Once the plan is reviewed and approved, the next step is choosing a tree and materials.

Boyd says if you’re set on building a treehouse DIY style, the first thing to do is evaluate the tree.

“You want to make sure the tree is healthy enough, and you want to build it in a manner to not affect the tree’s growth,” he says. “The structure can’t be too rigid, because it will break apart when the tree moves. It needs to sway with the tree.”

Look for hardwood trees, like maple and oak, or sturdy softwoods, like fir and hemlock, to build on. Branches should be large enough to support the weight of your treehouse, so start with a minimum of eight inches in diameter, Family Handyman notes.

Boyd says it’s important to use treated plywood to avoid rot damage on any part of the structure touching the ground, concrete or the tree – and that if you’re planning a basic tree fort that won’t be climate controlled, stay away from drywall.

“If a playhouse is getting drastic temperature changes, you’re going to have things shift, and drywall will crack,” he says.

What are my hands-off options?

When choosing a company, look for examples of their past work to see which is the best fit. Many building companies have a website with a gallery of their completed projects.

Boyd’s company, Spoiled Rotten Homes, will build play structures for you. Pricing for the houses ranges from $9,200 to $55,000. If you’re willing to build the structure yourself but need some assistance in the planning department, Boyd also sells plans for the structures, ranging from $600 to $1,500.

To get a better sense of how much it will cost for a standard treehouse, use this treehouse cost estimator from Pennsylvania-based Tree Top Builders.

The calculator includes the price of labor, so if you’re planning on doing it yourself, expect the price to be lower.

A basic version – just the deck without a house and using standard materials – is estimated to cost about $3,000 in the metro Detroit region.