From kid-friendly costumes to proper candy requesting behavior, here are some no-nonsense rules for this year's Halloween fun that every family should know. 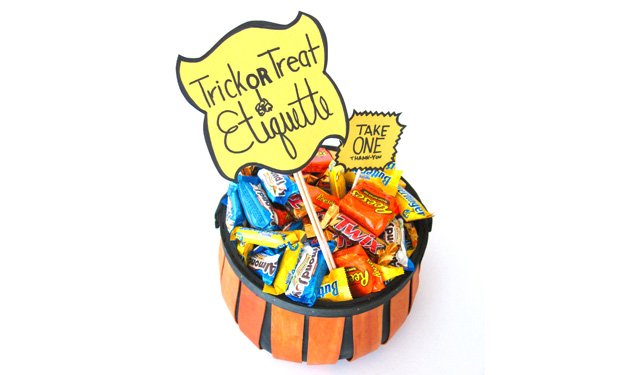 It’s the time of year. The air is cool. The days are short. And little goblins, ghosts and you can be sure plenty of princesses will walk the streets looking for candy to fill their pillowcases or pumpkin pails (COVID willing). It’s time — to discuss trick or treat etiquette.

I love Halloween. Always have (from my first Halloween as a bunny to my last as a hobo). Always will (a few years ago I dressed as a witch and clutched my crooked-tailed black cat as I handed out candy to the kids.)

But something’s not quite right anymore. I hate to say it, but kids today — and some parents — have lost sight of some of the proper etiquette of All Hallow’s Eve, and it’s taken some of the fun out of my favorite holiday.

So I’m offering a refresher on what are and are not acceptable trick-or-treat practices. After all, Halloween has been around for 2,000, and some say 3,000, years. And children have been trick-or-treating to some degree in North America since around 1911.

Perhaps it’s time to remind ourselves just what this little tradition is about and the dos and don’ts of begging for and handing out candy.

Trick-or-treating was always based on a little give and take. The idea: Kids fake a threat to do some light mischief (trick) unless you give ’em a goodie (treat). (Bonus: They wear a little costume for entertainment purposes.)

Few took this trick/treat ultimatum truly seriously. Kids were not supposed to actually pull tricks on those who didn’t give them treats, though many a toilet-papered tree can attest that it does happen. But they were still supposed to say three little words when they came to your door: Trick. Or. Treat.

And yet, so many kids today stand at your door, staring blankly with their jaws and bags open wide. I have found myself sounding like a crabby schoolmarm as I prod them, “What do you say?” Nine times out of 10, they say, “Thank you.” You can’t blame them; it’s a knee-jerk reaction to that question, and it’s usually the right answer.

But not in this case.

In this case, the answer is – I’ll say it again – “Trick. Or. Treat.” It’s not a lot to expect for some free candy. C’mon kids. The costumes are cute, but it’s not the only thing you’re supposed to do.

Now, clearly this is a general rule. If your child has special needs and can’t say those three words, that’s fine by me. But those that can, should. It’s a treasured part of the tradition.

I don’t profess to know every kid in my neighborhood, but I can tell that there are some kids that come to my area that don’t live there. One of the dead giveaways is when you see a car drop off a whole pack of kids.

Either their mom is giving them a block-by-block boost (which is possible and, if true, unbelievably lazy) or they came from an apartment complex or neighborhood that wasn’t trick-or-treat friendly.

I don’t have a problem with that. In fact, I understand it. I lived in apartments as a kid and it was a hit (singles handing out quarters) or miss (building after building with no one answering) experience.

But here’s what I do have a problem with: If you bring your kids to my neighborhood, don’t follow them down the street in your car. It makes everyone edgy because it looks like you’re stalking the kids. Plus, you could accidentally hit a child as you creep along. Park the car somewhere near by.

Get out with your kids. And walk the street like everyone else.

My mom believed in a forced retirement for the trick-or-treater. As far as she was concerned when a kid became a teen, their days of dressing up and begging for candy were over. So, much to my chagrin, I hung up my glo-stick and treat sack at 13.

I’m not as tough as my mom, but I do believe that when kids get older they can’t get lazy about the tradition. That means, don’t just throw on a hockey mask and call yourself “Jason” from Friday the 13th. Don’t just don all black and call yourself a ninja.

I’m talking to you. That woman or man who decides not to hand out candy and hides in your house until all the trick-or-treating is over.

Don’t you remember what it was like to be a kid? Did you really want to grow up and be the owner of “that” house, the one that’s dark and uninviting and can’t give some kids even a lousy Dum-Dum lollipop once a year? (My apologies to the Dum-Dum lovers, but I’m all about the chocolate.)

OK, fine, be that way, but at the very least remember to turn off your porch light and most of the lights in your house. Don’t waste a kid’s time thinking you’re “open for business” when you’re not.

OK, so now I’m talking to you. That woman or man (usually a man) who gets so geeked by Halloween that you decide to take it to the extreme.

Some spooky lights and noises are fine. Some can even get away with pretending to be a mummy or monster dummy sitting on the porch and then popping up suddenly and scaring the kids. (Though there’s a fine line between eliciting a delighted shriek or blood-curdling scream with this routine, so be mindful of your audience.)

But those of you who deck your houses out to make it look like the set for the next Rob Zombie horror film are taking Halloween too far. Bloody bodies hanging from trees and dismembered heads dripping lifelike-looking blood aren’t scary, they’re unsettling — especially if you’re a 6-year-old fairy and even if you’re an 8-year-old super hero.

Dial it down a notch. This holiday isn’t just for you. It’s for the kids, too. And your Mike Myers (the psychopath in Halloween, not the comedic actor) act is not cool.

I know healthy nutrition is important, and kids should eat plenty of fruits and vegetables, whole grains and all that good stuff. But not on Halloween.

Don’t hand out raisins or, for goodness sake, pencils. Neither are treats. One is simply food, something kids get to eat every day, so big whoop. The other is a writing instrument, something they get to use every day, so another big whoop.

Leave the everyday items in the cupboards and drawers, buy some candy (or trinket toys for those who can’t have candy) and remember what this holiday is all about — a once a year opportunity for kids to dress up, roam around and eat candy with abandon.

7. You call that a kids costume?

Let’s get one thing clear with trick or treat etiquette in case it wasn’t already evident – trick or treating is a children’s tradition. That means that kids should wear costumes appropriate for kids.

Princesses and fairies and SpongeBob are fine, but no Hooters girls or similarly revealing or even revolting costumes please. Slinky, sexy and sadistic costumes are for adults. And, if you are an adult, you shouldn’t be trick or treating.