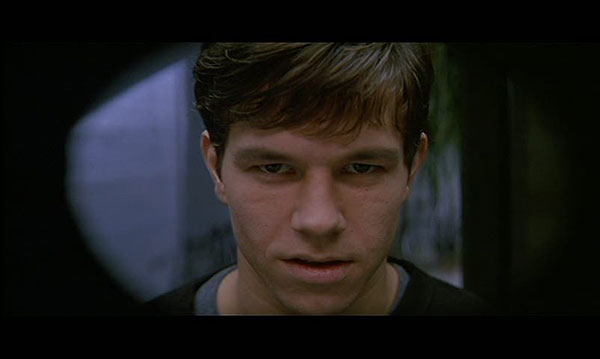 I watched the M. Night Shyamalan movie, The Visit, and it terrified me. Scary movies in general scare the bejesus out of me, but the ones that really hit me to the core are those that could actually happen. It’s what makes for truly scary movies for parents, too.

Supernatural or fantastical scares don’t have the same chilling effect as a terrifying tale that could be true. I won’t spoil the ending if you haven’t seen The Visit, but in the end it was one of those stories that was among a parent’s worst nightmares.

At Halloween time, many folks seek out the typical slasher flicks for some thrills. But for moms and dads, there are a bunch of movies that are more terrifying than anything in A Nightmare on Elm Street or Silence of the Lambs.

Here are six truly scary movies for parents. These flicks have themes or scenes that could keep many a mom and dad up at night. Watch at your own peril!

Disney is weirdly warped when it comes to parental figures and the family unit. Bambi starts out with a bang – literally – when the title character’s mom is shot by hunters. Cinderella had some serious blended family issues. And ol’ Nemo, well, this little clown fish and his devoted dad, Marlin, have it particularly rough.

Let’s look at it from Marlin’s perspective: First his wife is murdered by some underwater predator, then all of his unborn children sans one (little Nemo) are gobbled up. When Nemo is born, he’s got a special need, a gimpy little fin that makes Marlin worry about his only child’s chances for survival and happiness.

And then, Marlin’s worst nightmare of something happening to Nemo comes true when the little fish goes missing. His one and only family member, after a beginning of pure tragedy, is lost in the big, bad sea.

Marlin heads out to find his boy, but I find it shocking he didn’t just off himself by swimming straight into a hungry shark’s eager jaws.

This 1996 psychological thriller starring a young Mark Wahlberg and Reese Witherspoon is exactly what keeps many dads up at night when their daughters start dating. It’s bad enough to think of your little girl kissing and petting and – let’s not even go there.

But who is this kid exactly? Is he a good guy? Well, in this twisted tale, the answer is a resounding “no.” This boyfriend who goes bad is so obsessed and demented that breaking up is just not an option.

He ends up taking the whole family hostage in their home, plans on killing dear daddy and instigates a fight to the finish. After a screening of this flick, dads will be tempted to lock up their daughters. For life.

This heartbreaking movie focusing on the emotional fallout of a Holocaust survivor named Sophie enshrines one of the most painful revelations of her story in its title, Sophie’s Choice.

If you haven’t seen the 1982 movie starring Meryl Streep and Kevin Kline, you may be familiar with the expression that it spawned. Today, someone will say that a very difficult decision was akin to “Sophie’s choice.” And really that’s quite the understatement.

When Sophie Zawistowski, a Polish immigrant, is in line at Auschwitz clutching her son and daughter, she’s ordered by a German officer to choose which among her children should live and which should die. She refuses to pick and pleads for his mercy, but he is unswayed.

As he takes both children away, she screams out, “Take my little girl,” making a choice that will haunt her and any parent who watches this tough, gut-wrenching movie.

How can a sweet and charming Tom Hanks movie be scary? Well, when the whole plot hinges on a kid making an innocent wish at a carnival game that results in him growing to his adult self overnight and giving him no choice but to run away from home until he can figure out how to reverse the spell.

That’s a pretty frightening parental scenario. In fact, as a parent, it could be a little hard to find any joy in that FAO Schwarz scene of grown-up Josh (Tom Hanks) having a heck of time playing the step keyboard when you know that his mom and dad are back at home, imagining that he’s dead in a ditch somewhere. Just sayin’.

To a generation of young people, this movie was an epic love story of Jack (Leonardo DiCaprio) and Rose (Kate Winslet). To parents, it was a flippin’ nightmare.

Sure, Rose’s mom was a snooty bitch who didn’t approve of her daughter’s cabin class crush, and shame on her. But when Rose jumps out of the lifeboat to be with Jack and potentially seal her death in a watery grave, you could just imagine her mom thinking, “You couldn’t wait until we were safely off the Titanic to rebel?”

So the next time your teenager acts up at a really inopportune time, just remember … at least it’s not while you’re on a sinking ship.

Sure, this zany John Hughes movie isn’t meant to be taken seriously. It’s all campy, over-the-top goofy silliness that many kids find hysterical. But when you lay it down bit by bit, it’s a pretty messed up story that in real life would make many moms and dads chilled to their bones.

You forget your kid. And not at soccer practice or Target, but at home when you are en route to a European vacation. And of course it’s a weekend when burglars are casing your ‘hood. And of course, you can’t catch a flight back home right away.

I mean, the angst that this would illicit would be off the charts, so forgive me if I’m not laughing it up at Macaulay Culkin’s aftershave face.

Now that we’ve freaked you out, enjoy this list of not-so-scary Halloween flicks.

Have other suggestions for scary movies for parents? Let us know in comments. We’d love to hear what other frightening flicks have kept you up at night.