Tweens, Teens and Lying: What Parents Should Know and Do 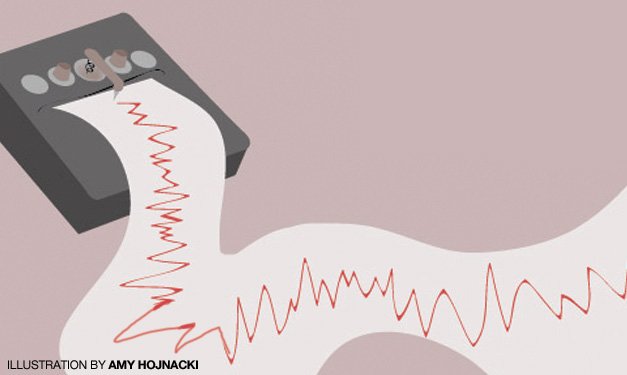 As a parent, you might find yourself asking, “Why do teenagers lie?” Did you ever lie to your parents when you were a teenager? Be honest, now. Not even a teeny, tiny lie? Here is a typical scenario: You started out studying with Mary, but you wound up at John’s party afterward. It really wasn’t in the game plan, but you conveniently left the latter part out when you arrived home and your mom asked why you were late. Fact: Kids aren’t perfect, and lying is common in adolescence. Fiction: “Good” kids don’t lie.

Parents may unintentionally serve as bad role models when it comes to fibbing. Adults often use “white lies” to spare hurt feelings or embarrassment. For instance, you might tell a friend her haircut is adorable after discussing in your child’s presence that you would never use that salon.

“For example, most parents tell their children to express thanks and pleasure for gifts, even if the gift is something the child does not want,” he says. “Parents also teach children that some thoughts, while honest, do not always need to be related to others when they might cause hurt feelings or discomfort.”

By adolescence, however, teens understand the difference between lying to spare feelings and lying to get one’s own way. Why do teenagers lie, you ask? Teens lie for a variety of reasons, such as trying to avoid getting into trouble or seeking more freedom than parents are allowing. If a teen has learned that bending the truth will help him get his way, lying may seem like a good option.

Loren Buckner, a psychotherapist and the author of ParentWise: The Emotional Challenges of Family Life and How to Deal with Them, explains, “Pleasing their friends becomes more important than following the rules. When teenagers have to choose between lying to parents and disappointing a friend, parents often lose that coin toss.”

Be a lie detective

How does a parent recognize his teen is lying? Is subtle body language a good indicator, or should parents look for other things, such as conspicuous changes to a story?

“There are behaviors that may indicate your teen is lying, such as avoiding eye contact, subtle facial expressions and changes in vocal pitch,” says Dr. Harper. “However, many parents have learned through experience when to be suspicious of what their teen is telling them. Explanations that are inconsistent or seem to shift on retelling may be clues.”

He warns, “Many teens learn to lie to their parents without being detected, particularly if the lie is well planned in advance.”

Buckner suggests that parents look for patterns. Teens who stick to curfew, do their schoolwork and show up when and where they’re supposed to can generally be trusted.

Parents should discuss various scenarios with their teen to illustrate what can happen when a lie leads to putting oneself and others in danger. If parents don’t know their teen’s whereabouts and something bad happens, they are unable to help when help is most needed. Teens should be told that lies, no matter how big or small, can lead to more complicated problems with more severe consequences.

Harper points out, “Some lies have consequences that flow naturally and help teach important life lessons. For instance, a teen who lies about completing homework will lose points or get a lower grade. However, lies that place someone at risk should call for more serious consequences from parents.”

Parents should be concerned if lying becomes more frequent. This can be a sign of a more serious problem. However, belittling or shaming a teen can make matters worse.

“Teens need to know they’re loved, even when they get into trouble,” says Buckner.