What Words Do You Use Instead of Swear Words?

Kids are little sponges, especially when it comes to words you don't want them to say. One mom wants to see what words other parents use instead of swear words. 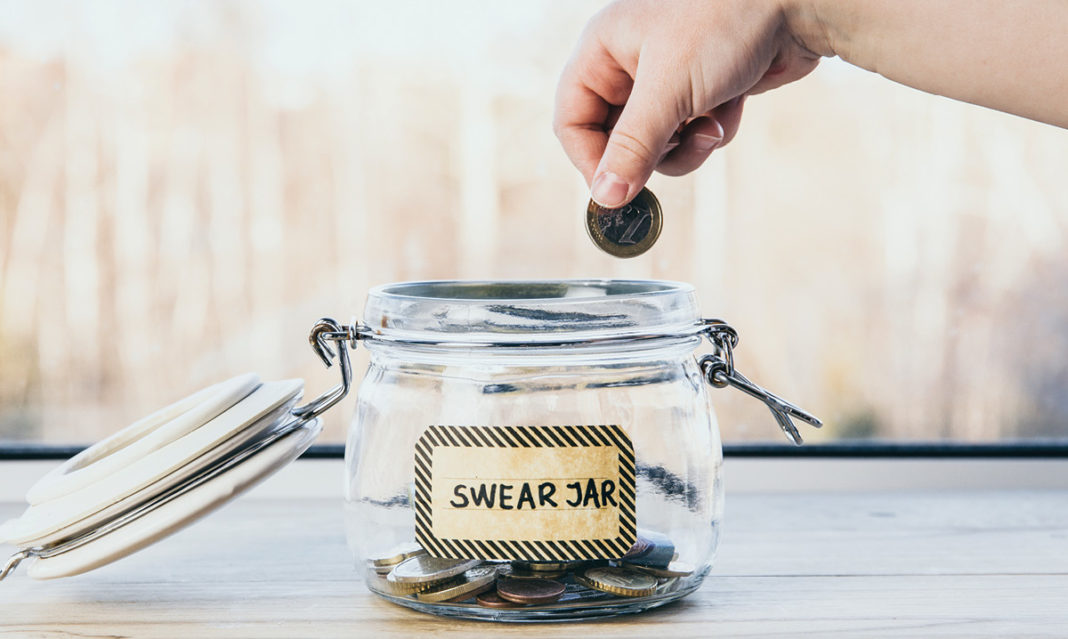 Each month, we pose a parenting question from local moms and dads to local moms and dads. In November 2020, one mom reached out to us because her daughter is picking up on everything, including swear words, and she wanted to find out what other parents use instead. Here’s what other local parents had to say on the topic.

My 3-year-old has started repeating everything I say, even (and especially) my swears. What creative words do you use in place of … um … fudge? I think she’s starting to catch on.

We realized there was no avoiding swearing, it was a sooner or later thing, so we went with sooner. Swear words are “adult” words and “rude” words. We taught her she can only use those words around adults because the other kids aren’t allowed to use them and don’t know them yet. Also, that they are rude words and she will get in a lot of trouble if she uses them at school or around Grandma and Grandpa. She now tells us not to say “that word” when we slip up. Fun story, she learned the f-bomb this spring when someone cut me off, then hit their brakes. I had to slam MY brakes, hit the horn and let out a f-bomb. She then started repeating the f-word in the back seat. I talked her into believing she mis-heard me and I said “duck.” (Because, obviously, ducks are bad drivers, lol). For the rest of the summer every time she heard a car horn she started quacking at the duck.

I try to say Sugar Honey Ice Tea instead of sh**! – Doreen B.

I make a distinction in my house of potty words (you can say all you want in the bathroom – poop, etc.) vs. bad words (cursing). I gave the kids a place and permission to use all the potty words they want (and taught them others – like anatomy words), but bad words are for “when you are old enough to drive” (since I say them mostly in the car.) – Elizabeth K.

I never used any. I said whatever I wanted to say. Mine tried repeating one and she learned real fast that you don’t repeat everything people say. … These days it will do absolutely no good to come up with creative words. They will learn to figure them out in a hurry. … I had more fun teaching mine to come up with better ways to speak because I wanted her to have a better education than that, so the better thing to do would probably not use them at all. I learn better ways to speak and communicate. – Dianna A.

I once lived in a place where I assisted people with disabilities. One of our folks also had Tourette’s Syndrome. He swore A LOT. He was given other words to substitute. My favorites were “Fishsticks!” and “Dishtowel!” – Eileen D.

It’s so stupid but I say “OH, BOOGS!” As in boogers. That way it doesn’t sound like the F bomb! – Phillina G.

I usually say noodle in replacement of a-hole. “What a noodle.” – Evelia B.

Smurf. Use the word Smurf for every swear. – Raechel K.

I started saying “son of a nutcracker” from Elf years ago and it’s stuck. Appropriate but still cathartic. – Katie H.

I whisper mine so that they cannot hear it. – Sam V.

My 8-year-old just started saying “chicken lickers” in place of mf-er. I might prefer the R-rated version. – Cate D.

I have to laugh, I’m going through the same thing! I just redirect! – Robin K.

None, I’ve always sworn and told them that it’s an adult thing, like driving, drinking or voting. – Jenny B.