Why I Let My Kids Play With Toy Guns

A Harrison Township mom of three says that kids know the difference between pretend and real life, which is why she'd let her kids play with toy guns. 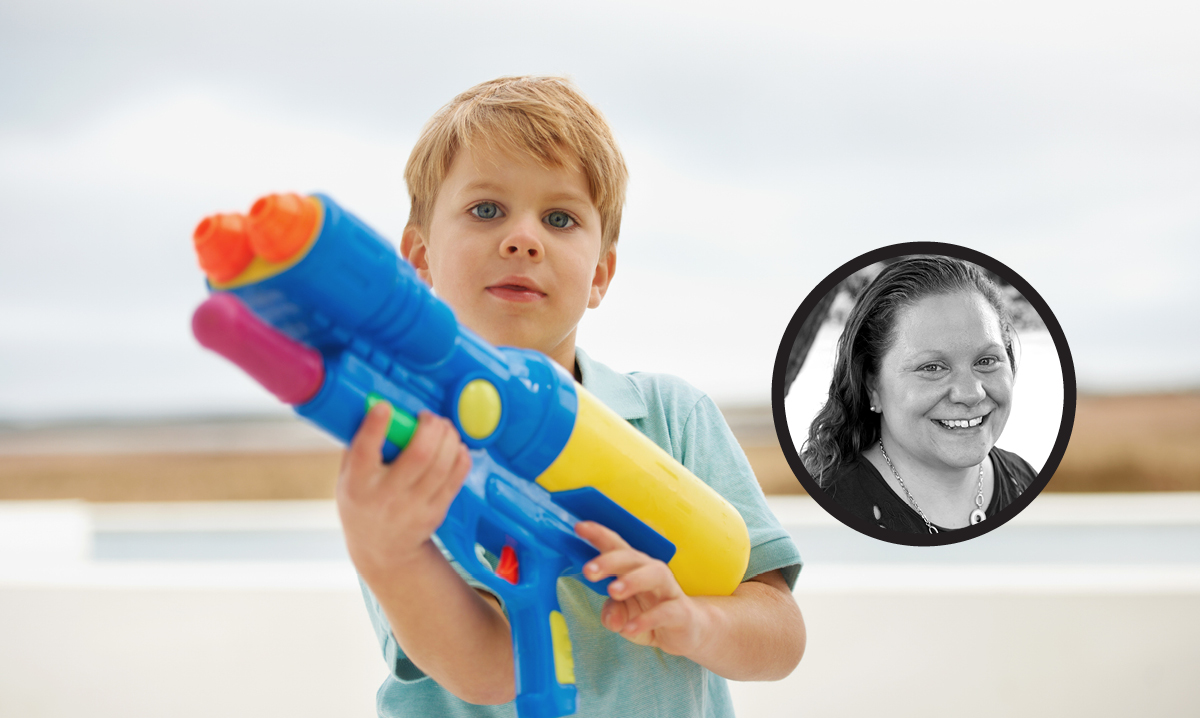 We all know the risks associated with guns. There is no need to point out the obvious dangers that come along with the real thing. While I certainly would never let my daughters play with a loaded handgun, I see no issues allowing them to play with guns of the Nerf, water or even marshmallow variety.

Back in summer of 2018, my three daughters rediscovered the Nerf guns they were given for Christmas. They set up an obstacle course in our basement, where they planned to use their oversized, foam dart-shooting toys to defend their dollhouse from alien invaders. And I’m fine with it, because my children understand that it’s make believe. They know aliens don’t exist and their bullets aren’t actually going to kill someone. Maybe letting them practice shooting at aliens in our basement will lead them to a career in law enforcement or with the military.

I also let my daughter cook in her play kitchen. Who knows? Maybe she’ll hone her faux-food cooking skills to become a next Top Chef. Or maybe she could use it to learn how to cook up some heroin. Does that mean I shouldn’t let her serve up some plastic, inedible food?

I’ve done some research, and I’ve discovered that back in 1967, the Sound-O-Power M16 military rifle was a hot toy at Christmas. This toy was marketed as a gun so realistic that even police officers would have to do a double take.

Today, it’s hard to come across toy “guns.” Nerf guns are actually called Nerf Blasters. I even went to the Nerf website and searched for gun – and there were no results found.

Yet today, we have more gun violence than we did in 1967.

We could only assume the true issues that really cause someone to shoot up a school or act as a sniper from a hotel window. One thing I do know is that allowing my daughters to play with toy guns is not the reason they would become a heat-packing criminal or a radical terrorist.

What we can do, as parents, is impress upon our children the truth about real guns. We tell our children that real guns are dangerous. We tell them, if you see one, don’t touch it. Instead, walk away and find an adult. We remind them to never use guns without an adult present and if they see someone with a gun, to move away from them quickly and tell a parent, teacher or another adult. They know there is a difference between a real gun and a toy.

My husband and I would never assume that because our children play with Nerf Blasters or shoot marshmallow guns that our job is done. Our job is to teach them that Nerf bullets don’t hurt, but real bullets kill. It’s the same way that I would never give my daughter a toy doll and assume she’ll become a great mother.

Toys are just that – toys. They don’t define children. They don’t shape their lives and the people they will become. Parents do that. Role models do that. The positive influences, the rich experiences, the quality time and the love and support we show our children are what molds them into capable and functional adults.

Give us your ‘two cents’ in the comments and be sure to read why another local mom wouldn’t let her kids play with toy guns.