Why I’ve Spanked My Kids

Harrison Township mom Rebecca Thomas explains why she’s spanked her kids when they’re younger and how this form of discipline works for her family. 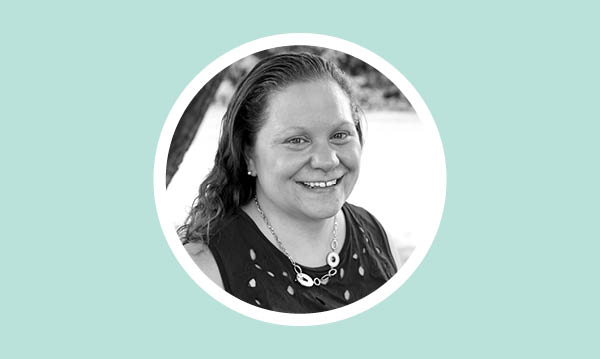 My daughter and I were recently having a standoff. I wanted to change her diaper and she wanted to play with her toys.

I asked her politely to come get her diaper changed. She ignored me. I called her name and said it sternly. I counted: One … two … and by the time I reached three, she turned around and smirked at me. I stood up, walked across the room and gave her a swift slap on her diaper-clad bottom. Her eyes swelled with tears and her lower lip quivered. She put her hands to her mouth as if she couldn’t believe what I had just done.

That’s right, I spanked my kid. And it wasn’t the first time.

As the mother of three children, this one being the youngest, I’ve doled out my fair share of spankings. For my kids, especially in the younger years, spanking has proven to be an effective form of punishment. When there is an instance in which they are not obeying the rules, the quick and swift punishment is enough to redirect their behavior in the way that grounding them or timeouts just wouldn’t. Reason and privileges aren’t concepts that my 3-year-old understands. However, as they get older, their response to different punishments changes and spanking is less impactful. We find other methods of enforcing the rules.

Over the years, spanking has gotten a bad rap. There is a clear line between spanking and physically abusing a child. The same way that there is a line between putting a child in timeout or locking them in a closet.

Parents should be equipped with several means of discipline for their children. They also have to weigh the situation and know what will have an impact on each child as an individual. In other words, what works for one child will not work for all of them.

I realize that not all parents agree with my stance on spanking, but my husband and I have developed this parenting plan that works for our daughters.

My job is to raise respectful, competent adults. I’m here to teach them right from wrong and how to get along with others, not be their “buddy.” They might get mad at me in the moment, but nine times out of 10, they don’t repeat the behavior.

I spank my children – I do not beat them. I don’t use excessive force or injure them. It’s one paddle, with my open hand, on their bottom. It’s not an abusive action and doesn’t leave them with bruises or scars.

I don’t just hit for no reason. I use spanking as a last resort in grabbing the attention of my young children and asserting authority. They always get several chances to listen to me before I resort to spanking.

I always explain my action. After each spanking, as with any other punishment, I give them a hug and ask them if they understand what they did wrong. They always do. We have a conversation about what they should have done and how to improve their behavior in the future. We want our children to understand that any form of discipline we use doesn’t mean that we love them any less.

No parent wants to discipline their child. It’s not fun or easy. Whether I spank my daughter, put her in a timeout, take away her favorite toy or send her to bed early, she gets upset. Seeing her cry breaks my heart and just giving in would be so much easier, but that takes me back to the first point: I’m here to raise the child, not be her friend.

We were very blessed with three girls who generally obey their parents and listen to the rules. Spanking isn’t something that we have to do regularly, but we aren’t afraid to do it. Our hope is that raising them with a firm hand will mold them into adults that we can be proud of.

Farmington Hills mom Rebecca Kavanagh refuses to spank her children as a form of discipline. Read more about her viewpoint on spanking here.