Why You Should Pay Your Kids an Allowance 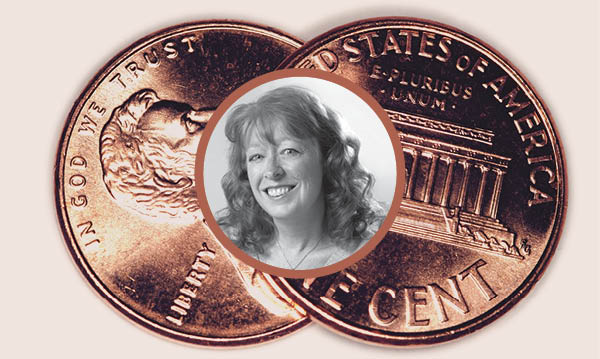 When I told my 16-year-old that I was writing one half of a point-counterpoint about allowance, I asked her to guess which side I was on. Without hesitation, Sophia responded: “Against.”

I suppose that’s logical from someone who never had a steady income until she began folding jeans at Old Navy for $9 an hour. But this mom is actually very much in favor of allowance. I’m also very bad at it.

After conducting a bunch of research about how allowance is the best way to teach kids budgeting and money management, I tracked down my 14-year-old son to apologize. I told him I was writing a column in favor of allowance – and waited for his laughter to subside.

“I’ve always known it was important,” I said. “But I made it more complicated than it needed to be, so I never kept up with it.” Jackson is a sweet boy. He assured me that he has, in fact, learned to budget. “I know there are only two times of the year I can get money, so I’ve gotten really good at making it stretch between my birthday and Christmas.”

I never intended for grandparent gifts to be my son’s sole source of income. I did try! When the kids were 9 and 7 – old enough to do meaningful chores without me trailing behind them – my husband and I gave them a weekly allowance equal to their ages. We paid them in singles and provided envelopes marked “charity,” “college” and “spending.” They could decide on their own how to divvy their cash, as long as each envelope got at least $1. It didn’t last long, primarily because I rarely had $16 worth of ones, and skipping a week meant I needed $32 – and so on.

A few years later, I instituted a pay-per-project program, complete with a flier: “Make money! Be a productive member of society! Earn your parents’ gratitude!” I invited the kids to do a la carte chores for pay based on difficulty. Emptying the dishwasher would yield a dollar and reloading it another, while cleaning all three toilets was a cool $3. I told them to track their tasks in notebooks and I’d pay them weekly. This incentive program cost me a grand total of zero dollars, and the kids still laugh at my misplaced optimism.

Over time, our family has settled into a co-op arrangement – we’re all in this together, and everybody lends a hand. The chores are getting done, but at the expense of real-world financial lessons.

So I floated an idea from my own teen years. When I was in high school, before I’d taken a job bagging fries, my parents instituted a budget system. They gave me $100 on the first of the month and expected me to pay for everything I needed: school lunches, field trip fees, movies with friends, tanks of gas and those Jordache jeans I had to have.

In what I’ve since learned is an approach highly recommended by experts, my parents printed out a spreadsheet for me to track expenses. Unfortunately, my most fiscally sound decision was to forgo the cafeteria’s $2 hot lunch in favor of a 50-cent Little Debbie Nutty Buddy and a 25-cent chocolate milk. “But you guys would do a better job than I did,” I told Jackson and Sophia.

My kids politely declined, swearing to me that they don’t feel deprived, and they do know how to save and spend wisely. I guess time will tell, but this is an area where I’d like a mommy mulligan. If I could, I’d even pay for it.

Harrison Township mom Rebecca Thomas says allowance should not be given. Read more about her viewpoint on allowance here.