Should You Delay or Skip Giving Your Kids Shots?

A University of Michigan study finds parents using alternate immunization schedules. Learn when it's OK and get other insight on the pros and cons. 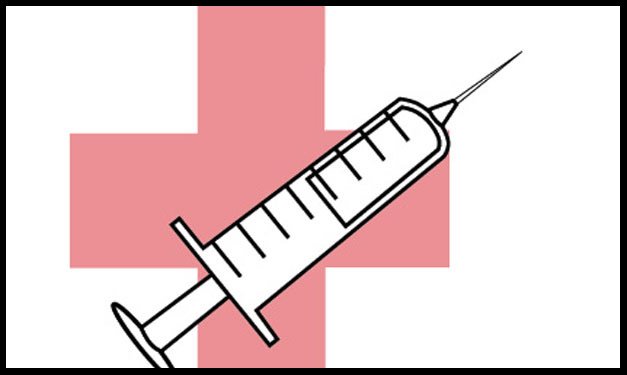 Are you among the one in 10 parents of young children who are holding off on immunizations for your kids?

A nationwide survey conducted by the University of Michigan found some parents are deviating from Centers for Disease Control (CDC) recommendations – and a large number who do follow them are “at risk” for switching to an alternative schedule.

“Small decreases in vaccine coverage are known to lead to dramatic increases in the risk of vaccine preventable disease outbreaks,” the study’s lead author, Amanda Dempsey, M.D. said in a written statement. Dempsey is an assistant professor in the department of pediatrics and communicable diseases at C.S. Mott Children’s Hospital in Ann Arbor.

There are valid reasons for delaying immunizations, the CDC notes – such as illness at the time the shot is due. Reasons for not having the shot at all include allergic reactions to a previous dose of the vaccine or already having had the disease. (Michigan offers an immunization waiver form for such cases.)

But departing from the recommended vaccine schedule is a concern for some doctors.

“There are plenty of parents who don’t want a particular shot for some reason,” says Richard Weiermiller, M.D.

Some parents may believe that having fewer shots mean fewer side effects. Others are concerned about a connection between vaccines and the occurrence of autism, though the CDC has found no evidence of this connection. While the mainstream medical community is in agreement at this time that the best thing for parents to do is to have their children inoculated per the CDC’s recommended schedule, there are a few notable doctors that have helped make delayed vaccine schedules a more accepted middle ground for parents who aren’t comfortable with not giving their children vaccines, but have concerns about side effects.

Dr. Mehmet Oz, Oprah health guru and host of The Dr. Oz Show, has acknowledged in a television interview on CNN that his children’s vaccines were spaced out over time. And Dr. Robert Sears, renowned pediatrician and author of The Vaccine Book: Making the Right Decision for Your Child, offers in that book an alternative vaccine schedule that’s become popular with parents who want the benefits of vaccine protection for their children while trying to reduce potential side effects. And yet, there’s no proof of what delayed vaccine schedules will do to children either.

Weiermiller, who specializes in internal medicine and pediatrics at Beaumont Hospital, continues, “We really don’t know what that’s going to do for the child. There really isn’t any good data out there to support alternative schedules.”

The study also found a strong association between delayed shots – and not having a regular health care provider.

“Some pediatricians will refuse to see children who follow alternate schedules,” Weiermiller says. “I try to meet the parent halfway. If we turn them away for not having the immunizations, it does a disservice to the child.”

The Michigan Care Improvement Registry (MCIR) system has strict protocols on shots, based on CDC recommendations.

Any shots given earlier than these guidelines will prompt the system to show children as overdue for shots. All vaccine concerns should be discussed with your own health care provider.

Bottom line for parents? You must have proof of up-to-date immunizations, or a signed immunization waiver, on file with your child’s school.

This article originally appeared in an October 2011 issue of Metro Parent and is updated regularly.