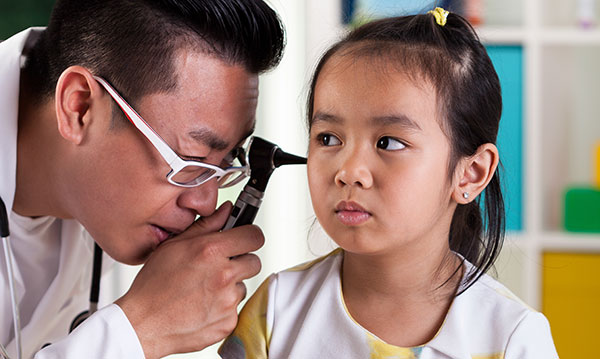 My six-year-old seems to get a lot of ear infections, three to four times a year. Is that normal? Is there something I can do to help prevent her from getting them?

By the time children reach six-years-old most have stopped having very many ear infections. The reason younger children get so many more is the position of the eustachian tube, which allows fluid to collect in the middle and act as a source for infection when children catch colds. The position of the eustachian tube changes to allow better fluid drainage as the children get older. Also, older children tend to get fewer viral upper respiratory infections (colds) than do infants.

I would assume that your child at six-years-old does not drink from a bottle, does not use a pacifier, does not get exposed to cigarette smoke and is fully immunized. The only other preventible risk factors at age six is chronic inflammation of the adenoids, which would manifest as loud snoring and allergies. If your child snores loudly or is showing signs of allergies, they should be checked by their physician and possibly by an allergist or ear, nose and throat physician.

If there is concern about the child’s hearing and there have been frequent infections, your child would possibly be a candidate for tubes in the ears. These are small straw like structures that allow fluid to drain through the eardrum and reduce the frequency of ear infections and the need for repeated courses of antibiotics. A child would be a candidate for tubes if he or she have more than five infections per year, have fluid in both ears that doesn’t resolve in two months or in one ear that doesn’t resolve in three months. A child would also be a candidate for tubes if hearing has been affected. Ear infections seem to be a rite of passage for many children. Fortunately most outgrow this problem by the time they get to elementary school and those nights of inconsolable crying children become a vague memory.