Energy drinks could land kids in the hospital, according to a new study. Dr. Steven Lipshultz from Children's Hospital of Michigan explains the dangers. 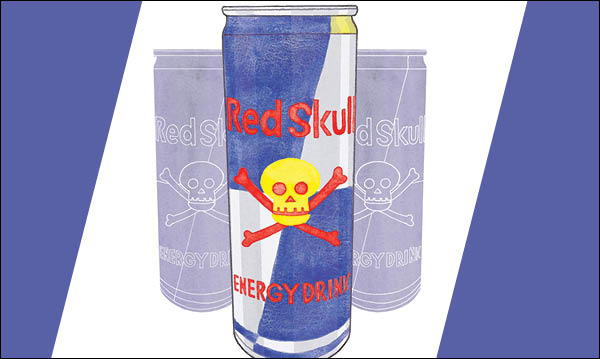 In just 8 ounces of Redline energy drink, there are more than 300 milligrams of caffeine – that’s equal to three cups of coffee – not to mention several other “energy-boosting” ingredients. Imagine if your child got his hands on that drink and downed the entire thing. What do you think would happen to him? According to a new study, the combination could be lethal.

Dr. Steven Lipshultz – the study’s senior author, professor and chair of pediatrics at Wayne State University and pediatrician-in-chief at the Children’s Hospital of Michigan in Detroit – was running a large children’s hospital in Florida when he started noticing this energy drink trend.

“I started to see children in south Florida come in sick after consuming energy drinks,” Lipshultz says. “We really didn’t know much about it then.”

To learn more about these beverages’ impact on children, Lipshultz put together a group of doctors including children’s heart doctors, child seizure specialists and pediatric neurologists. The doctors enlisted the help of the National Poison Data System, and the findings were alarming.

A few years ago, the NPDS wasn’t even tracking calls related to energy-drink “exposure,” which involves actual or suspected contact with a substance that was ingested or inhaled. So the group began tallying these calls, and the researchers examined the data – compiled between October 2010 and September 2013.

The numbers, presented at a meeting of the American Heart Association, found children younger than 6 made up 40 percent of the 5,156 cases of such incidents.

“What this probably means, I’m just guessing, (is) that a mother, father, teenager had it in the refrigerator,” he says – and the younger child just picked it up by accident and drank it.

Accidents happen, of course, but many children suffered major medical issues as a result of consumption. Fifty-seven percent of these effects were cardiovascular, 54 percent neurological and 14 percent gastrointestinal, according to the findings. Energy drinks with multiple caffeine sources were tied to a higher rate of issues.

Staying in the know

The American Academy of Pediatrics says children and adolescents should never consume energy drinks – that they pose serious health risks to kids. When it comes to caffeine intake, the Mayo Clinic says adolescents shouldn’t have more than 100 milligrams of caffeine per day. So if your older kid has one can of Redline, for example, that actually triples the amount of caffeine they should be having daily. This is where health problems could occur.

Aside from caffeine, consider the other energy drink ingredients including taurine, ginseng and guarana – which can be found in supplements that help to boost energy and can often upset your nervous system.

“Everything in there, they put in there because it has an effect on the body,” Lipshultz says. While those effects may not be as detrimental to adults’ health, they can cause serious harm to your child.

And if you have a child with some underlying health risk – such as a cardiovascular issue – avoid these drinks entirely, he says.

Kids with ADHD who are treated with prescription medicines, which are actually stimulants, should also avoid these beverages. “Do you think stimulants on top of stimulants will help?” Lipshultz says.

Aside from these obvious health risks, there are loads of hidden calories in these drinks due to the amount of sugar in them.

“We don’t have children and teenagers drink alcohol,” Lipshultz says. “We don’t have them buy cigarettes. But they can buy energy drinks.”

It’s clear that the multibillion-dollar energy drink industry is not a passing trend, but when it comes to quenching your child’s thirst, stick to water.

Lace up your skates and enjoy an evening of old-school fun with your family at one near you.
Read more
Parenting