Kids Aren’t Getting Enough Sleep: Why, and What Parents Can Do

It's no surprise children aren't sleeping as much as they should. How does it happen, and what can you do to ensure healthy sleep habits? 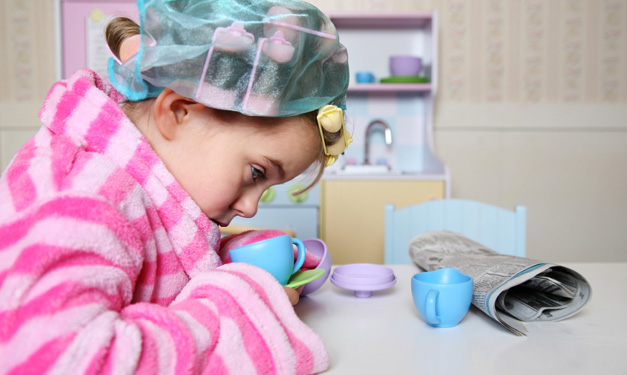 Kids in the United States are racking up some serious sleep debt, according to polls conducted by the nonprofit National Sleep Foundation. That means they’re getting less shut-eye than experts say is necessary. And studies calculate the cost could be steep — including an impact on everything from short-term memory to decision-making to attention focus.

So how much sleep should kids get, why aren’t they getting enough — and how can parents foster a snooze routine that’ll ensure kids are healthy and up to speed?

The recommended amount of sleep per day for teens is eight to ten hours, but the NSF’s 2014 Sleep in America Poll, its most recent to focus on “Sleep in the Modern Family,” found high school seniors averaging barely seven. School-age kids not yet in high school need nine to 12 hours of slumber — but more than half are getting less than eight.

While this poll didn’t touch on kids younger than 6, NSF’s previous study found similar trends afoot. Infants under 1 year require 14 to 15 hours of sleep but were averaging less than 13. Toddlers need 12 to 14 hours and, on average, didn’t quite make minimum. And preschoolers demand 11 to 13 hours of shut-eye, but were falling just shy with 10 1/2 average hours of sleep.

Modern culprits of too little sleep for kids

Reasons range from behavioral choices to sleep disorders. For example, the 2014 poll found the bedrooms of more than 45% of school-age kids are equipped with TVs. Many other kids — up to 43% of teens — read or send electronic communications after initially going to sleep. That all results in less quality sleep and sleep issues throughout the week.

But what about kids participating in too many structured activities? That’s another theory: Kids’ lives are so busy that a good night’s sleep is sacrificed.

“I think kids have too many activities,” says James Murphy, formerly an English teacher in Huron Township. “Parents want their kids to play an instrument, take dance classes and play sports. Then they get home and have a box of video games to play. Then there’s also homework.”

Along those lines, school bells across the United States ring fairly early. At many Michigan schools, start times can be closer to 7 or 7:30. Other studies have shown that later start times can translate to better grades.

For other kids, sleeping or learning disorders might further compound the issue.

No matter the cause, it’s up to parents to teach their children how to develop smart sleep habits — something to give them the best foundation for learning and growing into capable, focused and healthy adults.

Try quiet pre-bedtime activities like taking baths and reading stories, suggests Isabelle Beaulieu, Ph.D., director of the Oakland Neuropsychology Center. Screen time — in front of the television or computer — is not recommended.

“Kids also need physical activity during the day. Being outside and getting fresh air is important,” Beaulieu says. “But physical activity just before bedtime can interfere with falling asleep, and so can eating.”

To encourage sleep, it’s OK to use lulling, soft white noise, like the purr of a de-humidifier. And parents shouldn’t use sleep as a punishment (“Go to bed right now!”), Beaulieu says, so kids don’t fall into the habit of associating sleep as a negative activity.

“It’s really important to have a good sleep schedule,” Beaulieu says. “Kids have to have a predetermined bedtime, even during weekends and on vacations as much as possible. Especially with younger kids, routine is really important.”