How to Teach Kids to Blow Their Nose

This cold-weather staple seems simple when you already know how, but for children it can be trickier to master. Here's how to teach kids to blow their nose. 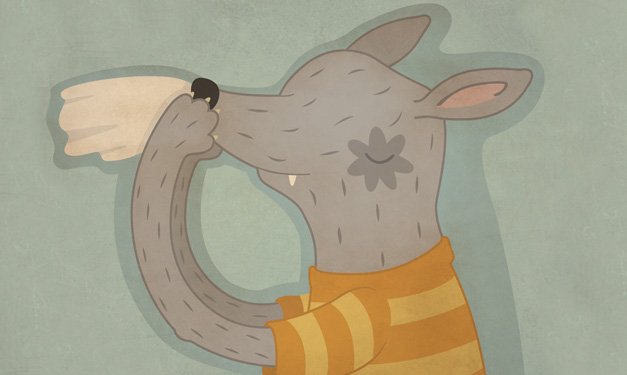 Blowing your nose does seem simple, but sometimes it’s not. (After all, bright red, raw nostrils during the winter months is no fun!)

But by breaking down tissue training into steps — and teaching your child to blow their nose when it isn’t runny — you can help your kids make better use of their tissues (and hopefully avoid having them use their shirt sleeves).

Most children are experts at blowing air out of their mouths — maybe it’s the training they get from creating bubbles and snuffing out birthday candles! Understandably, blowing through their nose might not be so familiar.

Practice with your child gently forcing air out of their nostrils. You might be able to coax your child into trying this out by making the endeavor into a game. Have your child hold a piece of paper flat with both of her hands, and the paper by her chin. Drop a feather on to the paper. Ask your daughter to blow out of her nose (not cheating with her mouth!) to move the feather.

Explain that the same way she blows out of her nose to move the feather is the way that she’ll need to propel mucus (yes, boogers) out of her nasal passages (yup, nose). You should only do this exercise with very light objects like feathers.

Blowing your nose too forcefully won’t help her learn how to blow her nose correctly. In fact, some medical researchers have noted that blowing your nose creates more pressure on your nasal cavities than sneezing or coughing.

So while she’s doing this exercise, you should remind her to blow out, but not hard. Figuring out the difference will take a few tries.

Once she understands how to control the airflow out of her nose, she’s ready to try it with a tissue. Try holding it for her to show her where to place it – just under her nostrils. She shouldn’t be pinching at the nostrils or wiping at her nose until she’s done blowing (again, that sounds simple, but it can take a few attempts to get it right).

Next, you can go into the delicacies of covering up this technique with a tissue. In other words, no one wants to watch someone empty the contents of their nostril into a tissue, no matter how carefully they’re moving from one to the next.

So your child will need to practice placing the tissue just at the base of her nose and covering her fingertips with it. If she loosely pinches the tissue into a “v” or “u” shape, this should be easy.

At first, your child probably will need to blow his nose with two hands, but as he gets the hang of it, he’ll learn how to take turns blowing out of his nostrils, and into a tissue, one-handed.

As with chewing with your mouth closed and eating without putting your elbows on the table, blowing your nose the right way can take some time, gentle reminders and a little practice.

A note on germs

Encourage your child to avoid passing along germs by using one tissue per nose blowing. And let him know that he should wash his hands thoroughly afterwards, just as he would after using the bathroom.

If your child’s runny nose doesn’t seem to go away, or he seems overly congested, no amount of tissues is going to help. You should take your child to see his primary care physician to make sure that his runny nose isn’t something more serious like the flu.

Check out our flu season guide to learn what symptoms should send up red flags and what you can do to prevent it.