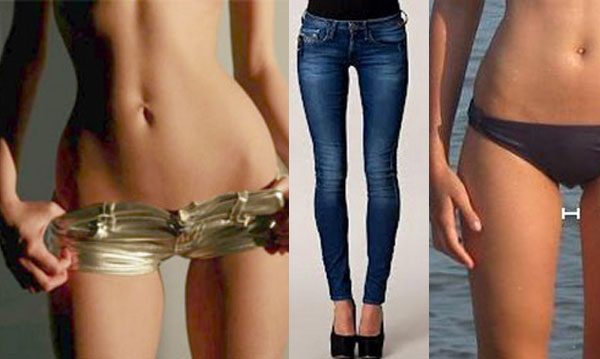 There’s a new fashion trend going on among teens, fashionistas and models, but this new craze has nothing to do with clothes that are in style this season. In fact, the latest obsession – known as the ‘thigh gap’ – has the Internet buzzing. It’s the space that some women have between the upper part of a their thighs when their feet are touching. Could this figure be the root of eating disorders among this generation of teenagers?

The thigh gap craze may be another piece of the thinspiration puzzle. Thinspiration is a term among some in the anorexic and bulimic communities, or as they like to call themselves ‘pro-ana and pro-mia.’. Thinspiration or thinspo are images of very slim models – some of them anorexic – posted on the web. These pictures are a constant reminder of this ultimate aesthetic goal.

As a result of this thigh infatuation, teen girls have started starving themselves and resorting to other unhealthy practices, according to an article on Yahoo Shine, as an attempt to get inches off their thighs – and achieve the popular look.

Beverly Price, founder of Inner Door Center – an eating disorder treatment center in Royal Oak – and certified eating disorder specialist, says the ‘thigh gap’ craze is a very serious issue and it should be treated like one.

According to some specialists the thigh gap is “virtually impossible” for those who don’t have it already, and only a small percentage of women actually have thighs that don’t touch. However, those teens that desire to have this gap are being encouraged by their peers through the websites and blogs.

Price says if you don’t nip the problem in the bud, the child could have ongoing issues into adulthood.

“Often times, people wait to get help thinking that they can do it on their own or it will get better on its own, but that just doesn’t happen,” Price says. “If you had cancer, would you wait to see if it got better on its own? You would get help right away.”

Price suggests that parents talk to their children and monitor them. If things don’t seem right with your child, take them to a therapist who specializes in eating disorders. Early parental intervention can make all the difference.