The Lexus Velodrome is the city's new indoor cycling and fitness center. Learn more about its offerings here. 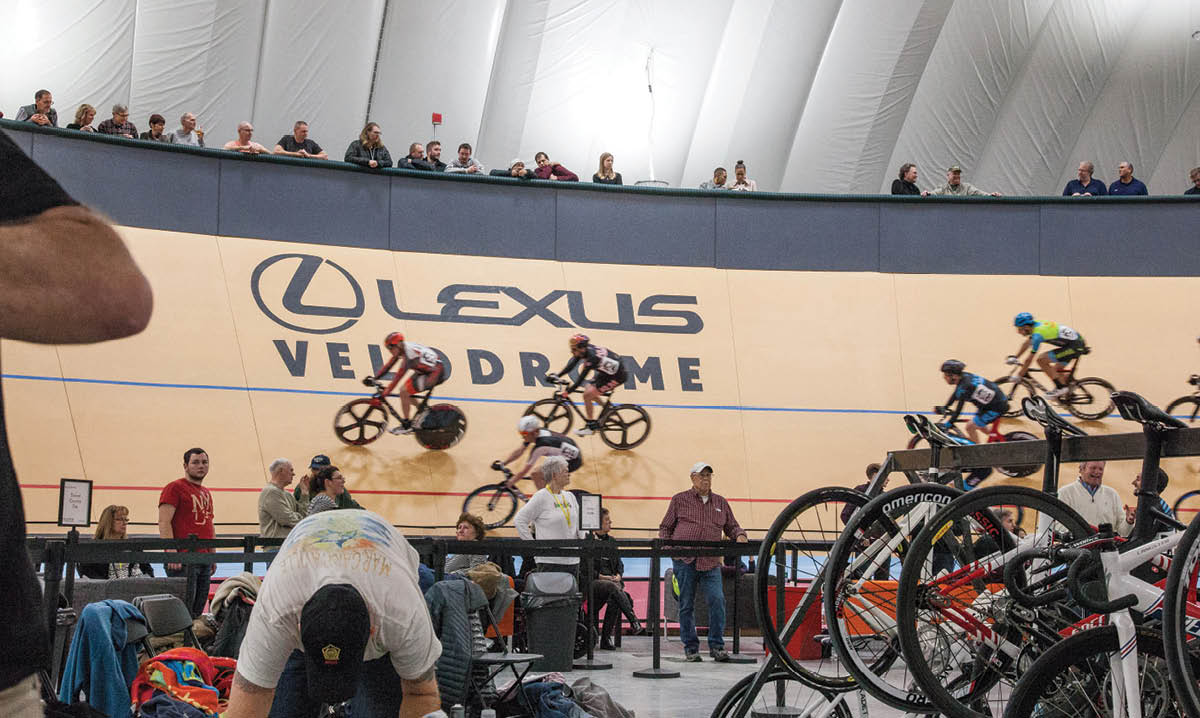 Is your kid into biking? Detroit’s new indoor cycling and fitness facility, the Lexus Velodrome, is a must see (and do) for your family.

This white bubble-shaped air dome, slated to open Jan. 16, houses an oval-shaped, steeply banked track that’s one-tenth of a mile around. Created by the nonprofit Detroit Fitness Foundation, the 64,000-square-foot arena boasts being the second of its kind in the country.

“(We have) three fields of play,” says Dale Hughes, DFF executive director, including “a flat oval for walking, running, skating and art fairs; a world-class cycling track; and an infield for fitness classes,” like yoga and Zumba, plus a café.

In addition, it offers free youth cycling programs for local kids, a senior walking program and fitness classes for adults, too.

“We’re basically building a $4 million recreation center that doesn’t cost the city anything,” Hughes says. The velodrome is also set to bring in high-level Olympic-style national and international cycling races once a month January through April (dates TBA).

“It’s not your typical sport center,” Hughes says. “It brings an added dimension to the area.”

More about the Lexus Velodrome