Dr. Eduh H. Kapen provides some insight into the world of teenage sex: what they know, how they know it and how adults should navigate it. 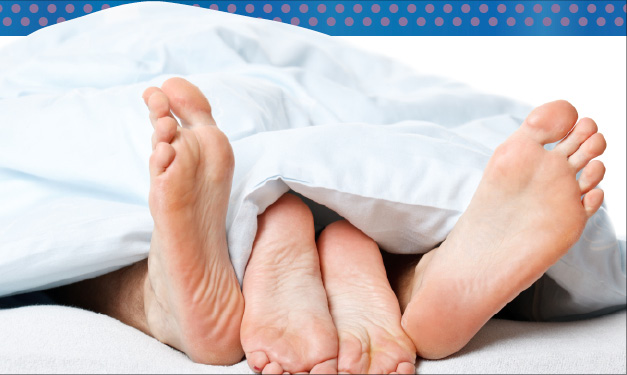 Every bit of information kids need to know about sex is at their fingertips. With just a few mouse clicks, tweens and teens can learn about virtually any dirty detail of hitting the sheets.

Dr. Eduh H. Kapen has been a pediatrician for more than 15 years at Southfield Pediatrics, and while he admits that sexual activity among tweens and teens has remained consistent in his time as a doctor, awareness is on the rise because of the Internet.

From intercourse to sexually transmitted diseases, your kids are more schooled than those of years past. And according to a 2007 analysis of adolescent health by the American Academy of Pediatrics, 47.8 percent of ninth to 12th graders are sexually active.

So how does the doctor deal with questions about sex, kids who are curious about it – and those who have already engaged in sexual activity?

“I certainly encourage – strongly, strongly encourage – waiting. If they are sexually active, I tell them in no uncertain terms what the consequences are.”

In an attempt to prevent these kinds of behaviors, he has open, honest conversations about sex with his patients regarding precautions, STDs and much more.

Educating his patients is part of Kapen’s area of interest – preventative care.

“There’s an alarming number of teenagers I see who are otherwise very intelligent and very reasonable… but then they will tell me, ‘I’ve only had unprotected sex a few times,'” he says.

By discussing these behaviors beforehand, Kapen hopes to create an understanding of consequences with patients – getting them to realize how something like unprotected sex can affect the rest of their lives.

And for parents of tweens and teens, he says, it’s time to get real.

Kapen, who grew up in the ’80s, is from the generation of “just say no” – but he suggests that parents must be realistic about sexual activity. Even the straight-A student can be sexually active.

False hope won’t get you anywhere, he reasons, so keep the lines of communication open with you kids.

“I think it’s important for parents to be proactive to know who their children’s friends are,” he says, “to know where they are going when they go out – to be aware of the possibility when they go out to do things together with their friends, that there’s always a chance that they are engaging in activities that might be potentially harmful.”