Whooping Cough Cases on the Rise in Oakland County 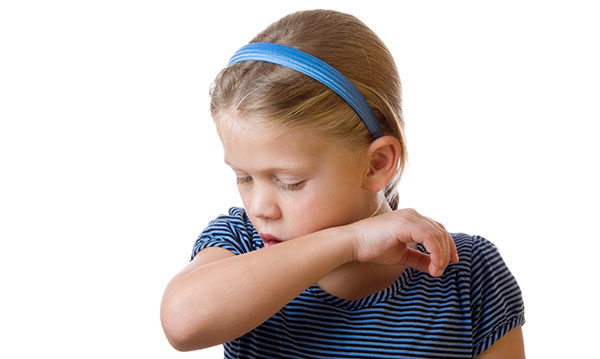 A late January 2017 spike in the number of cases of whooping cough, also known as pertussis, has prompted the Oakland County Health Division to issue a health advisory.

“The State of Michigan is reporting an increase in pertussis, especially in child care and preschool settings where children are not old enough to have received the complete five doses of vaccine to be fully immunized,” Kathy Forzley, health officer at the Health Division, says in the health advisory. “Antibiotics are effective in treating pertussis symptoms as well as reduce the risk of a person who has been exposed to pertussis from spreading the disease to others.”

According to the American Academy of Pediatrics, whooping cough is caused by pertussis bacteria, which attack the breathing passages producing inflammation and narrowing of the airways. Severe coughing, with a characteristic “whoop” is a prominent symptom. However, pertussis may also be present in a severe, barking cough without the “whoop.”

Pertussis is highly contagious and the bacteria spread rapidly to those in close contact with the infected person.

Symptoms of pertussis usually develop within five to 10 days after being exposed, but sometimes not for as long as three weeks. Pertussis is most contagious during the first two weeks of illness, says the OCHD.

According to the CDC, pertussis outbreaks take place in cycles, with peaks in this disease occurring every three to five years.

Pertussis is most severe for babies. The Michigan Department of Health and Human Services (MDHHS) says more than half of infants less than 1 year of age who get the disease must be hospitalized.

The best method of prevention, the MDHHS recommends, is to become vaccinated.

However, the CDC points out that a 2016 study suggests that the ordinary pertussis vaccine still provides protection. The CDC is currently conducting studies in the United States to determine whether pertactin deficiency is contributing to the increase in the number of reported pertussis cases.

Still, vaccination is recommended for all age groups, including pregnant women. The pertussis vaccine includes vaccines against two other diseases: Diphtheria and Tetanus.

For young children in Michigan be considered as fully immunized doses are recommended at 2, 4, 6, and 15 months.

A fifth dose is given between 4 and 6 years old. The CDC says that young children who haven’t received vaccines are at least 8 times more likely to get pertussis than children who received all recommended doses of the vaccine.

Additionally, one dose of vaccine for children 11 years of age or older or upon entry into seventh grade or higher is required in all Michigan schools.

In addition to vaccinations, OCHD recommends practicing healthy habits such as: