Young Kids Use Too Much Toothpaste – and It Could Cause Issues

The U.S. Centers for Disease Control has found some kids use too much toothpaste, and it may expose their teeth to too much fluoride and prompt discoloration. 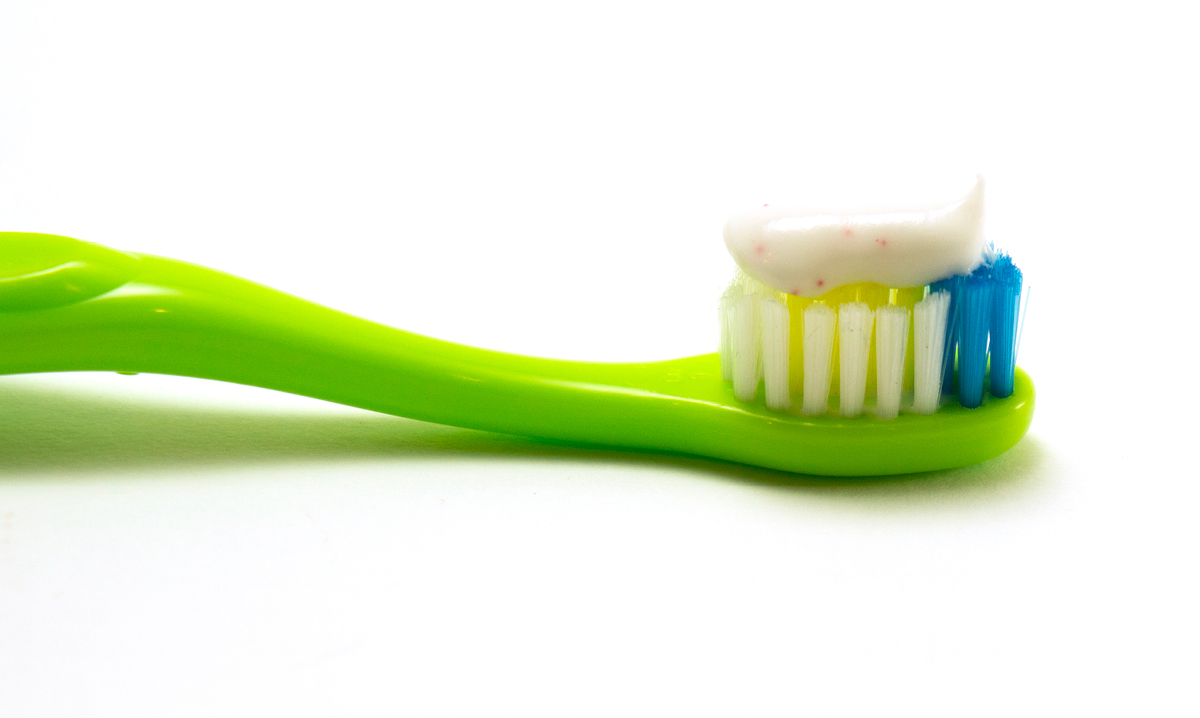 Do your kids use too much toothpaste on their colorful little brushes?

A survey by the Centers for Disease Control and Prevention suggests they might – and it could lead to tooth issues.

This government agency reports that when it comes to dental care, children ages 3-6 are using too much toothpaste, increasing their exposure to fluoride.

The potential problem? While fluoride has been credited with a significant reduction in tooth decay, taking too much fluoride over long periods of time while teeth are still developing under the gums can result in damage to developing teeth. That includes discoloration, lines, streaks, splotching and even pitting of tooth enamel – a condition called dental fluorosis.

These survey results have grabbed attention and headlines, appearing in media ranging from the Washington Post to local metro Detroit TV newscasts.

Just how bad is the risk, though – and, generally speaking, how can you adjust if your kids use too much toothpaste?

A closer look at the ‘risks’

“Parents don’t need to worry, but they need to be aware of the possibility of (kids) ingesting too much fluoride from toothpaste,” says Dr. Elizabeth Ralstrom, DDS, MS. She specializes in pediatric dentistry with Pediatric Dentistry and Orthodontic Specialists of Michigan in Clinton Township and also serves as a diplomat of the American Board of Pediatric Dentistry.

While the possibility of fluorosis may be concerning to parents, it’s important to take it in context. Firstly, fewer than 1 in 4 people ages 6-49 have some form of fluorosis, the CDC notes. And the American Dental Association adds that most cases of are “so subtle that only a dentist would notice it during an examination.”

Even if fluorosis does occur – which happens before age 8, the ADA notes – there’s an upside: It doesn’t affect tooth function, and teeth may be more resistant to decay.

“This is not a functional concern,” Ralstrom says, “but an aesthetic concern.” Once teeth break through the gums, you cannot develop fluorosis.

“Fluoride gets a bad rap,” she continues. “But the ‘take home’ message is that fluoride in toothpaste is safe and effective – but only if used in appropriate quantities with adequate parental supervision.”

Ralstrom adds that the potential problem with getting too much fluoride from toothpaste is due to the fact that young children learning to brush their teeth tend to swallow the toothpaste, rather than spit it out.

“Parents need to be vigilant,” she says.

Another consideration? The CDC survey authors admit at least three significant limitations to their findings, Ralstrom points out:

“We really don’t know the amount of fluoride that the children were exposed to,” she says. That’s because, in part, parents might not remember how much toothpaste their children used in the past.

What’s the right amount of toothpaste?

The recommendations for using age-appropriate toothpaste amounts remain unchanged by this survey.

She adds that parents can have their young child brush with water and a non-fluoride toothpaste if there are concerned about amounts of fluoride.

Ralstrom also recommends that parents supervise toothbrushing time until good skills develop and the possibility of swallowing the toothpaste has passed.

“If they can tie their own shoes and have good handwriting ability, they can brush on their own,” she says.

“Brush for two minutes, two times a day,” Ralstrom adds. The recommendation is the same for children as well as adults.

However, getting a young child to brush for the recommended time can be quite a challenge. Ralstrom says it’s OK if you can’t always meet the two-minute mark. “Do the best you can,” she says. “Do your best, and try again tomorrow.”

Being mindful about fluoride

Ralstrom adds that there are other ways to take in too much fluoride: by drinking fluoridated water and using fluoride supplements, which could lead to an overdose of fluoride.

She suggests that parents who are anxious about the amount of fluoride their children are getting should discuss the matter with their dental provider and their primary care physicians.

A Mom’s Guide to Fluoride from the American The American Dental Association is another great resource that addresses common questions about fluoride and kids.