A federal judge told the company to repay parents for the app purchases children make by mistake. Is this fair? 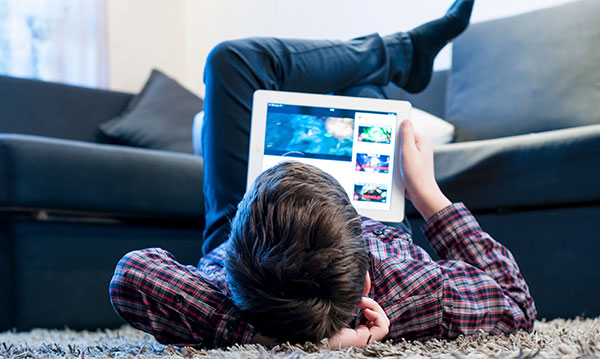 Got a kid who loves to play Pet Shop Story? Perhaps that same kid has made some purchases on that app that you were not aware of. Well, if you’re one of the many parents who has encountered some mysterious charges compliments of your kiddies, you’re in luck. Starting in early 2017, a federal judge is requiring Amazon to reimburse parents for these accidental purchases, The Stir reports.

“The FTC in July 2014 accused Amazon of making it too easy for children to run up bills while playing games such as “Pet Shop Story” and “Ice Age Village” on mobile devices, resulting in an estimated $86 million of unauthorized charges,” according to NBC News.

And this isn’t the first time a company has come under fire for making purchases too easy for those little fingers. In fact, NBC News reports, both Google and Apple have had similar cases with the FTC in which Apple agreed to refund around $32.5 million, while Google agreed to at least $19 million.

In the Amazon case, initially, a request of one full payment of $25.6 million was made, but U.S. District Judge John Coughenour said that was too high. Instead, the company is now required to set up a notice-and-claims process – beginning early 2017 – to inform parents if they are eligible for refunds, and then, of course, to refund them. The judge would not agree to letting Amazon refund users in gift cards, NBC News adds, because that is a way for them to recollect the cash they had to pay back.

I’m sure many of you who are reading this are pleased with this news as you think it’s very easy to make in-app purchases, as commenter Atavist points out in the comment’s section of the NBC News article: “In-App purchases are the biggest scam of modern times. Click on the wrong thing and your credit card gets charged.”

But, I have to disagree with this comment and with this new claim-and-refund process. I think it’s the sort of thing that will become abused by users pretty quickly.

Plus, why aren’t parents monitoring their children’s activity online? The blame is on them for not paying closer attention to what their kids are doing or what purchases they are making in these apps. So, let’s not blame Amazon for a child’s spending habits.

What do you think? Are you happy with the ruling? Tell us in comments.