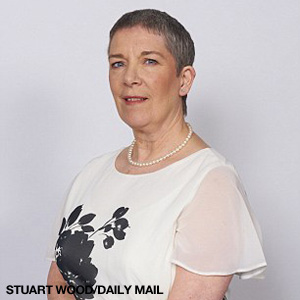 She just tracked muddy footprints across the clean floor. He leaves stacks of dirty laundry everywhere. You hear that little voice in the back of your mind, "Why did I have kids?" Many of us have thought it at one point or another, but one British woman flat-out regrets having kids at all – and wrote all about it in the Daily Mail.

Isabella Dutton, 57, lives in England and raised two children, a son and a daughter, as a stay-at-home mother. However, she doesn't recall those days fondly.

"I resented the time my children consumed," Dutton writes. "Like parasites, they took from me and didn't give back."

Dutton married her childhood sweetheart when she was just 19. She says that he knew she didn't want children, and he wanted four. Dutton believes he thought she would change her mind when their friends started having kids. That didn't happen, but she agreed to have two, so her husband could experience becoming a father.

Dutton recalls a moment the moment she knew for certain she didn't want to be a mother: "My son Stuart was 5 days old when the realisation (sic) hit me like a physical blow: Having a child had been the biggest mistake of my life."

She went on to have a second child because she felt it would be selfish not to, for her son's sake.

The article triggered a fierce backlash from both sides of the pond.

Bertie Mee of Highbury, in the United Kingdom, responds in the Daily Mail article's comments section, "It's never too late to be a good mother; you could start by keeping hurtful confessions to yourself instead of airing them in a national newspaper for no good reason."

While Linda Lee, here in the United States, commented on an MSN Living article on the same topic, "How sad! and shame on her!!! She should have kept this to herself!! I feel so bad for her kids, and I don't even know them!!!"

Nicole Cliff, a blogger on the hairpin, finds a little more room in her heart than most of her readers. Cliff writes, "Is she a nice person? Probably not; she sounds like kind of an asshole. But she's also doing us a favor: We pretend that children are for everyone, and they are not. I don't know if she felt like she had the option of not having kids. You do."

It certainly is a personal subject for many moms. Kids can be very challenging, and no one can completely prepare you for motherhood. Lots of mothers have moments of despair, but most of them find many more moments of joy. Too bad Isabella Dutton didn't.

A Macomb County expert shares insight on what summer school offers local students and when to know if it's the right choice for your child.
Read more
Guides

The Clarkston mom is raising awareness for Tourette Syndrome after her son was diagnosed with the nervous system disorder.
Read more
Guides