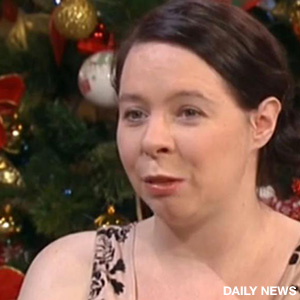 The holiday season is rough for families. It's expensive and let's face it: Kids have some pretty high demands for gifts every year – from the latest electronics to the most popular clothing brands. What are parents supposed to do to make some extra cash? Well, you could follow in one British mom's footsteps and sell your breast milk online.

Yeah, we're serious. This happens – it's likely happening right now as you're reading this.

Manchester mom of four, Rebecca Hudson, age 26, has been selling her breast milk online for about $20 per bottle, according to New York Daily News. In the last year, she's raked in $4,750.

What's her deal? Well, when her daughter was born prematurely, Hudson initially wasn't able to produce enough breast milk – but that didn't last and, pretty soon, she was producing way more than her daughter could drink. She ran out of space for the milk and the hospital wouldn't take her donation, so she decided to sell it online. And with four other kids at home, according to UK show This Morning (via Brooklyn-based news source Inquisitr), the profit from these 5-ounce bottles could sure come in handy for the holidays.

Hudson now has eight regular customers, The Stir reports, which include bodybuilders and chefs. Hudson says she doesn't care what people who purchase her milk actually do with it – and we're not too sure we'd like to know what those individuals are using it for either!

Reader feedback has been mixed. Commenter Bob Thorton writes, "This may well be the most disgusting thing I've ever heard. By the way, I'm selling my urine, if anyone's interested. Just $15 a bottle."

Over at The Stir, commenter Elise says, "My grandmother sold her milk during WWII, it helped her get food for her family. I think the (original poster) is being very judgmental, butt out of this woman's business."

Honestly, it's not the worst way to make some cash. Yes, it does seem a little creepy, but who are we to judge how this woman makes extra money, especially around the holidays, to snag some sweet gifts for her little ones?

In March, metro Detroit's trees are packed with the sugary sap needed to make maple syrup. Learn about the process at these 2022 maple sugaring events.
Read more
At Home