Is it Bad for Kids to Believe in Santa?

Does your kid believe in Santa? Psychologists claim that the belief could harm children and diminish how much they trust their parents. 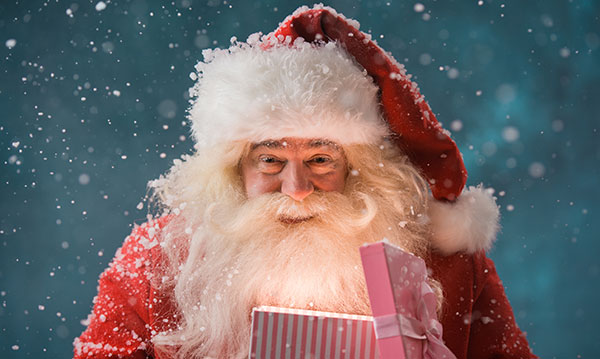 All the work you’re doing to make Christmas so magical this year, like standing in line to meet St. Nick, sending letters off to the North Pole and keeping your Elf on the Shelf on task? Some say it might not be such a good idea.

An article published in the journal The Lancet Psychiatry warns parents that fostering a belief in Santa Claus may be harmful and lead to future parent-child relationship problems, The Guardian reported back in 2016.

The psychologists behind the article claim that a child’s “moral compass” could be permanently affected by the long-term fib.

“The Santa myth is such an involved lie, such a long-lasting one, between parents and children, that if a relationship is vulnerable, this may be the final straw,” says co-author Kathy McKay, a clinical psychologist at the University of New England, Australia, who was quoted in the story. “If parents can lie so convincingly and over such a long time, what else can they lie about?”

Trust could be diminished when a child finds out the magic was a myth, the authors suggest. Lead author Chris Boyle also brings up how some parents use Santa in a controlling way around the holiday season, The Guardian reports.

“Some parents use it as a tool of control when they’re under a bit of pressure in the lead-up to Christmas,” says Boyle, a psychologist at the University of Exeter in the U.K. “It’s potentially not the best parenting method. You’re talking about a mythical being deciding whether you’re getting presents or not.”

The news probably isn’t what parents want to hear this time of year, though it’s unlikely to change years of tradition for most families. But it’s a discussion many moms and dads are engaging in. The Guardian story has more than 1,000 comments with many people criticizing the notion that believing in Santa is bad for kids.

“When I found out Santa was not real I realized that all the toys and treats I got were out of the kindness and love of my parents,” user karleker commented on the article. “I did not feel betrayed and Christmas still felt like a magical time of year.”

“We never lied to our kids about Santa, I refused to, and Christmas became zero about some fake fat guy in a suit and more about family, friends and sharing our lives at a special time of the year,” underbussen wrote. “Don’t kid yourself that Christmas has to include a HUGE lie to your kids in order for it (to) be magical.”

Do you think that believing in Santa could be harmful to kids? Why or why not? Tell us in the comments!