Dad Mistaken for Kidnapper Because of New Beard 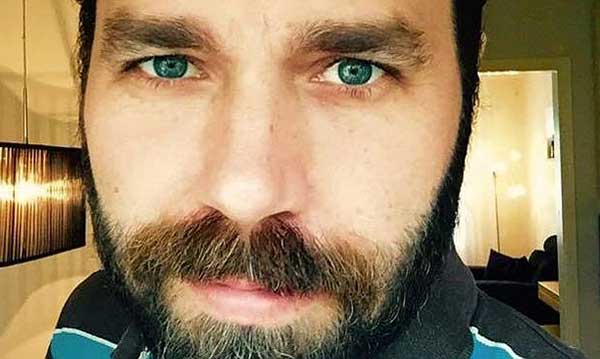 Having nosy neighbors can be annoying, but sometimes it’s a good thing. They keep an eye on the happenings of the neighborhood, look out for your home and your family’s safety.

Torkel Kristoffers, a dad from Stockholm, Sweden, learned just how watchful his neighborhood was when a neighbor called the cops on him for hanging around with his 2-year-old son Axel, assuming he was kidnapping the boy. The usually clean-shaven dad had grown a full beard, and the neighbor didn’t recognize him, according to the Mirror. Ha! Can you imagine?

To top it off, the boy apparently asked dad to carry him to a friend’s house in a big cloth grocery bag. I’m sure that only aroused suspicions even more!

“When two police cars run into my coffee time, we know that it’s time to shave the beard,” Kristoffers joked, the Mirror reports. Police confirmed it was a mistake. “It is currently not a crime to carry a child around in a bag,” the officer stated.

I don’t know about you, but I thought this story was pretty cute. Luckily it ended in all good things and Axel was not being kidnapped. In fact, he looks to enjoy riding around in that grocery bag. Just peek at the photo from dad’s Facebook on the Mirror.

Moral of the story: dads should think twice before growing out their facial hair! Or at the very least, send a formal memo to their neighbors that they do indeed have a new look to avoid any confusion.

If this happened to you, would you be annoyed, or find it funny? Comment with your thoughts!