The dad in question let his son lie on the platform with his head over the tracks. He says it's NBD but the Internet is furious, and we're wondering why he ever allowed it. 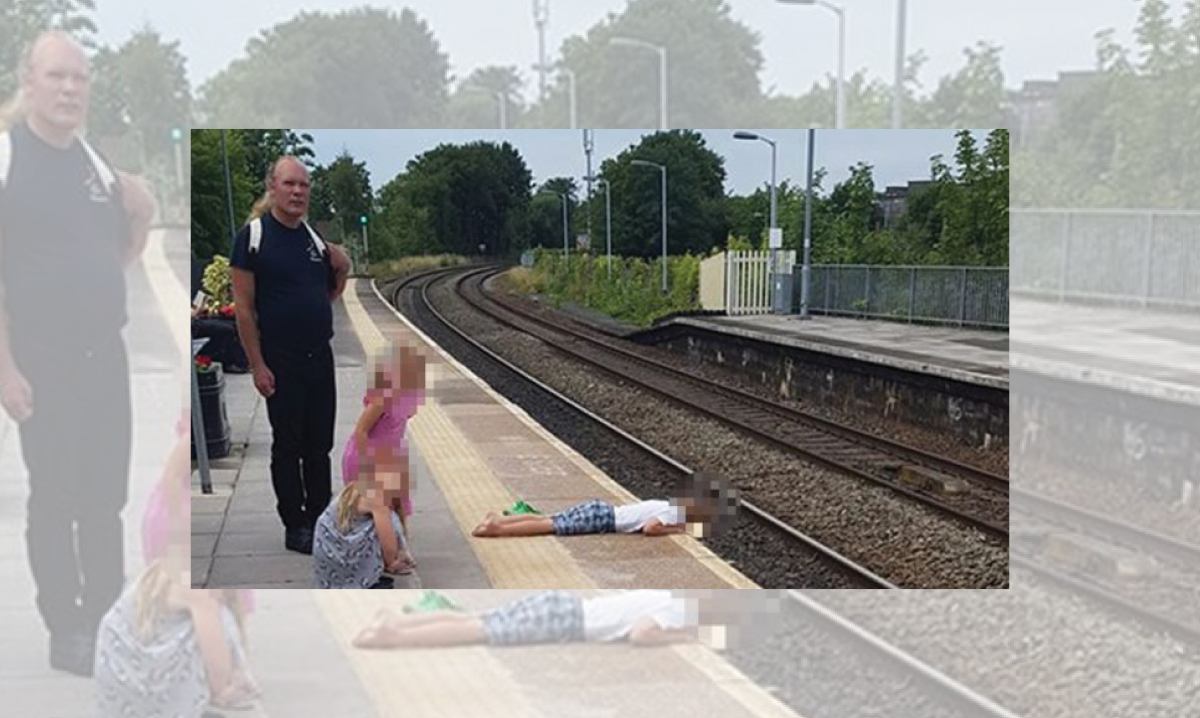 Sometimes I wonder what goes through people’s heads when they do certain things. Maybe I read too much, but it seems like every single day I run across a story about people putting themselves at risk by paying more attention to Pokémon Go than their surrounds – or, worse, putting their kids at risk by not heeding posted warnings or using common sense.

It’s terrifying because you never really want to see anyone hurt simply because they didn’t think things through, but it’s astonishing how often it happens.

And in today’s WTF were they thinking news, is the British dad that let his kid stick his head over railroad tracks.

Ian Stanton was at the railway station in Trowbridge, Wiltshire, with his 6-year-old son, waiting to take a train trip. Tim Brown, another guy, was also at the station at the time and snapped a picture of Stanton’s son as he lied on the platform with his head over the edge above the tracks.

Brown posted the pic online and it blew up. People from all over the world were questioning Stanton and ripping the dad a new one for allowing his child to play so near the edge of the platform.

The dad retaliated, saying that the picture didn’t tell the whole story. Stanton explains that his son is “inquisitive” and had asked if he could pick up a stone or piece of wood from the track to take home. Dad said no, but when the kid asked if he could take a “quick look,” Stanton said it was OK.

He adds that he was “standing right by” his son (about two feet away, judging by the picture) and was watching the direction the trains were coming from the information board. He says that his son was only there for about 30 seconds.

Brown, who works for Great Britain’s Network Rail, challenged Stanton’s decision at the time and pointed out that freight or unscheduled trains could pass through at any moment. But, according to reports, Stanton called him a “do-gooder” and still insists that his son was in no real danger.

Call me crazy, but considering trains can kill people who run afoul of them in a car or truck, it’s not too far of a stretch to think that the boy could be in some danger with his head hovering above the tracks – especially if unplanned trains are known to pass through.

A number of things could have gone wrong in this situation. What if the boy fell or an unscheduled high-speed train did come through? Would you want to risk not being able to react fast enough?

I’m all for kids trying certain risky activities. It helps them learn and grow, but there’s really nothing to be gained from letting a child play near railroad tracks – and far too much to potentially lose.

What do you think of this story? Do you think it’s harmless fun or is it too dangerous of a risk? Let us know in the comments.