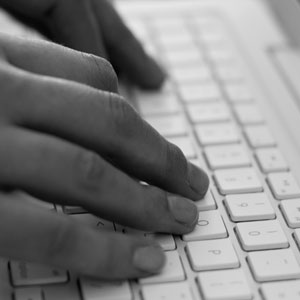 We've seen parents use the Internet for pretty creative and extreme forms of punishment when they're fed up with their young kids. From a mom who went on strike and blogged about it to teach her kids a lesson, to a dad who shot his daughter's laptop to a pulp on YouTube as punishment. But never have we seen a parent do something quite as blunt as this to punish his adult kids.

Dad Nick Crews, 67, is a retired naval submarine captain from England. In February, Crews wrote his three adult children an email telling them he was sick of the kids treating their mother "like a cess-pit" for their "rotten news" about their lives.

"It is obvious that none of you has the faintest notion of the bitter disappointment each of you has in your own way dished out to us," Crews wrote. "We are seeing the miserable death throes of the fourth of your collective marriages at the same time we see the advent of a fifth."

According to The Daily Mail, Crews was upset about his children's failed marriages, which led to his grandkids living in broken homes and their "failure to capitalize on the private education they had enjoyed courtesy of Mum and Dad."

Crews also wrote in the email: "Having done our best – probably misguidedly – to provide for our children, we naturally hoped to see them in turn take up their own banners and provide happy and stable homes for their own children."

He later added, "Each of you is well able to earn a comfortable living and provide for your children, yet each of you has contrived to avoid even moderate achievement. Far from your children being able to rely on your provision, they are faced with needing to survive their introduction to life with you as parents."

And as for those grandchildren? Crews told his kids in the email that "It makes us (Crews and his wife) weak that so many of these events are copulation-driven, and then helplessly to see these lovely little people being so woefully let down by you, their parents."

Crews continued to scold them for their "badly judged decisions" and for forcing him and his wife to "live through the never-ending bad dream of our children's underachievement and domestic ineptitudes."

The email's final paragraph concludes, "I want to hear no more from any of you until, if you feel inclined, you have a success or an achievement or a REALISTIC plan for the support and happiness of your children to tell me about."

Only Crews' daughter Emily Crews-Montes, 40, is speaking with him, The Daily Mail reported on Nov. 23. Crews-Montes admitted to The Daily Mail that "a lot of what Dad said is true and, with time, I've become more sympathetic towards his point of view.

"What he said is what a lot of people of his age, gender and class would probably like to say to their children but would never dare to."

Since his daughter Emily made the email public (with his permission), he told The Telegraph in an interview that he regrets that it went public.

"I was trying to express my frustration at these wonderful grown-ups who had yet to make the best of what they had," dad Crews told The Telegraph. "They have read the criticism, but not seen the enduring love through the lines."

His final thought during his interview with the British newspaper? "I haven't done well as a father, have I?"

Whether you believe the letter was too callous or a much-needed declaration of truth, here at Oh, Mother, it strikes us as a sad story of a dysfunctional family – who might want to consider spending time together in counseling.