Drunk Parents Have 13-Year-Old Drive Them Home From Bar 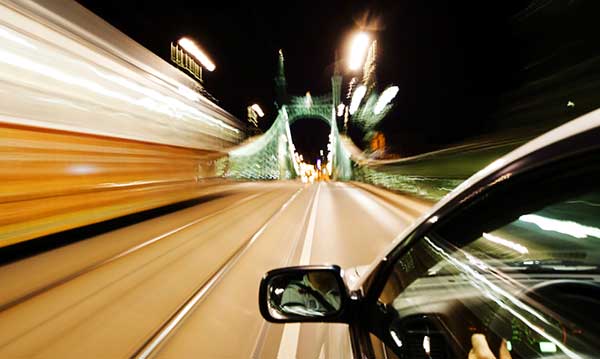 A mom and dad from Texas were arrested earlier this month after police say they got drunk at a club and had their 13-year-old daughter drive home.

The parents were reportedly at Club Vongos in North Austin, Texas with their kids, ages 13 and 7. When they left around 11 p.m., the daughter suggested that it would be safer if she drove home because her parents were too intoxicated, KXAN in Austin reports.

Police soon got a call about the family’s Chevrolet pickup truck running stoplights and driving erratically. After stopping the truck and finding the girl behind the wheel with her parents and 7-year-old brother as passengers, police arrested the parents and they have since been charged with child endangerment, according to Yahoo Parenting. Police also reportedly found an open, cold beer bottle in the truck.

According to the arrest warrant affidavit, the mother told police they were “trying to do the right thing” and that driving home was a “little adventure” for their daughter, KXAN reports.

It turns out the father has been convicted of driving while intoxicated twice in the past and had a third DWI charge in 2005, according to an article in the Austin American-Statesman.

Fortunately, neither child was hurt in the incident – not physically, at least – though it was undoubtedly a scary situation for the two kids involved.

“In this case, the parents’ abuse of alcohol impaired their judgment to such an extent that they placed both of their children’s lives at great risk,” he tells Yahoo. “Such an event is traumatic for the children and will leave them feeling very unsafe in the world. Yes, they and the family can recover, but it will take a focused effort and a clearly articulated program of recovery.”

No child should have to choose between letting their drunk parents drive home or getting behind the wheel of a car with no driving experience. The girl was basically forced to put herself, and her younger brother and parents, at risk of injury or death all because mom and dad drank too much and couldn’t be bothered to call a cab.

We hope these parents face harsh consequences for their actions and that the children are able to have a more stable and secure family life in the future. Police should also investigate the club where the parents were drinking. Didn’t any employees notice the drunken parents leaving the bar with two children? And why were children allowed in a club, anyway?