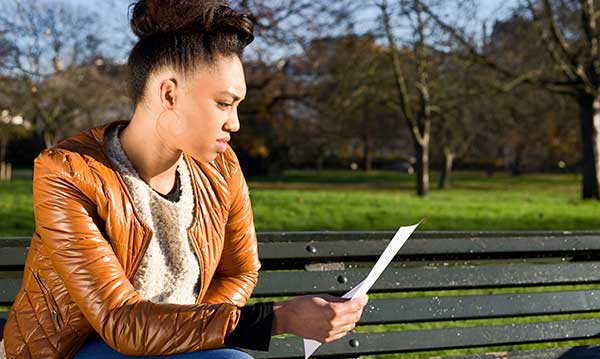 “I will not bow down to these bullies,” Jade Ruthven tells ITV News after reading a “nasty” note from friends and co-workers.

In 2015, the 33-year-old dental hygienist of Perth, Australia  had a baby girl named Addison. She took a break from work to care for her and is enjoyed every moment – and everyone could tell. Instead of snapping pictures quietly and updating a baby photo album, she shared her excitement of Addy’s progress through Facebook for all of her friends to see. She’d post about Addy’s new outfits or how she’d crawl off her play mat.

Imagine seeing baby post after baby post constantly on your newsfeed. It probably could get a bit annoying.

Fed up with the posts, these “friends” took matters into their own hands, according to the Daily Mail. They all got together and wrote a vicious letter – which is posted on the Daily Mail – venting about her uploads. Some of it read: “I guess you are just pissing a lot of people off with all your ‘Addy this and Addy that’ – we all thought it might ease off after the first month but it hasn’t. Not everyone is as interested as you are about what Addy does so give us all a break.”

Pretty mean, right? To make matters worse, the anonymous author then drove to her house and stuck it in her mailbox.

“At first I was in shock and thought this letter must be a joke,” Ruthven tells Daily Mail. “I was shaking with anger and shock to think a so-called friend of mine could be so heartless and gutless to not even sign their name,” she says.

Soon after, she decided to see the humor in it. So she got with her friends and created #Addyspam. Then they all posted photos of Addy on Facebook. Good comeback! And lucky for her, they are not her only supporters. The story went viral and many commenters think her “friends” are jealous.

Daily Mail commenter MissPorter87 takes up for Ruthven. “So what! Let the proud mother do what she likes on her Facebook page. If her friends don’t like it, then they can always block/hide her posts without de-friending her,” she says.

Jnell adds, “Sounds like her friends must have some ugly babies and are jealous of her beautiful baby. And by the way Jade … those aren’t your friends. Post what you want to on your page!”

I think we all can agree that this is cruel. I mean, we all have those friends on our social media site who go baby crazy. I did it with my first child, but my friends and family said nothing but nice things. I couldn’t imagine getting a hate note for posts of my precious child. How would you react?