Father Arrested for Cramming His Toddler into a Claw Machine

A father and Massachusetts middle school teacher is facing theft and child endangerment charges after figuring out how to beat the claw machine. 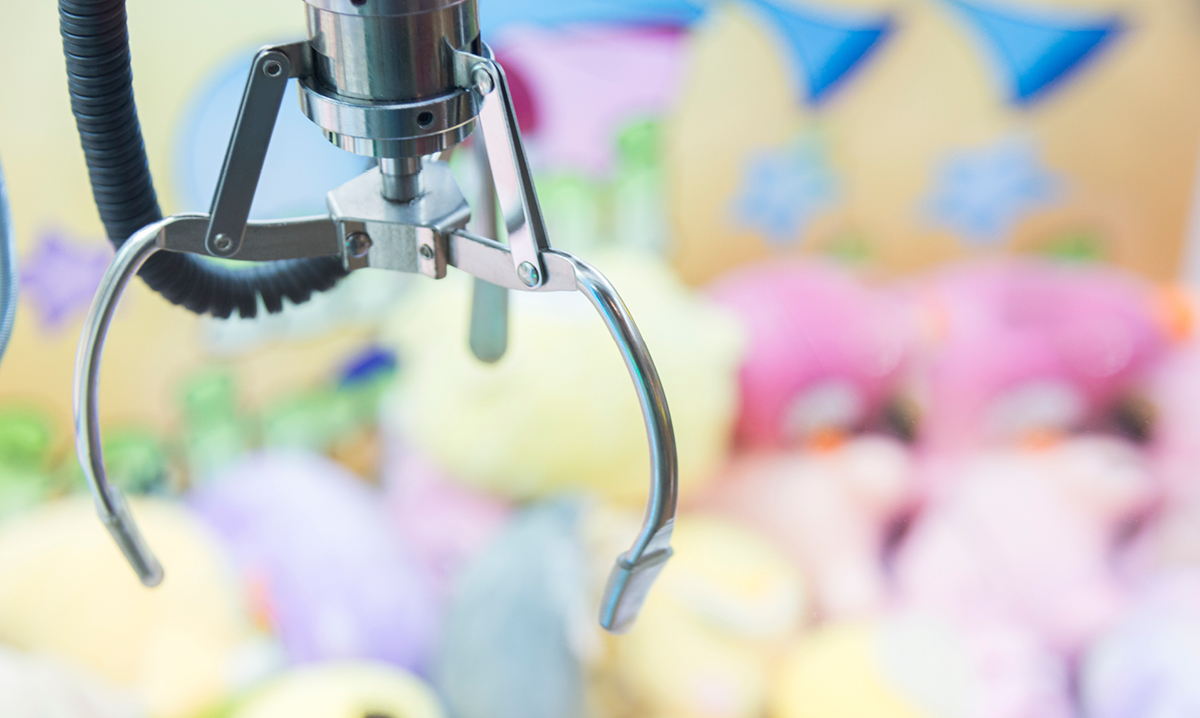 We all know that claw machines are rigged … or at least we should know. A game that is seemingly so simple with the promise of a stuffed bear covered in cheaply made fur is too hard to pass up. Also, I have plenty of dollar bills I would love to get rid of that the claw machine would happily take all away from me.

But what if you didn’t have to pay dollar after dollar just to watch the claw drop directly on that stuffed blue bear and suddenly “lose its grip” and pull away without new friend in tow?

What if you could just maneuver your way into the prize box and climb inside? That’s what I always wanted to do when I was half my size – but of, course, my parents thought that was a bit too barbarous to do in front of the Meijer checkout lanes.

One parent, however, actually encouraged the idea of having his toddler daughter climb into the claw machine to victory.

From theft to child endangerment, Anthony Helinski, 34, is in the midst of serious backlash. The dad was even placed on administrative leave from his teaching job at Doherty Middle School in Andover, Massachusetts.

After authorities released surveillance video of the mall claw-machine burglary, Helinski turned himself in. The video shows his young daughter climb up into the machine, grab the prizes and hand them over to him. And these prizes were not stuffed animals; they were electronics – including video game systems.

In the video, you can also hear Helinski give instructions to his daughter. “Turn around, sit your butt right here,” he says, telling her she then would be able to stand up. I wonder if, as a young child, he did the same thing? He seems to know the tricks.

Once dad gets his hands on the stolen goods, he then passes them on to another child who seems to be around the age of 6 – and who reportedly is his child, as well. He then gives his younger kid, who’s still inside the machine, tips on getting out.

She exits unharmed and unaware of the seriousness of what just went down. The beauty of childhood, am I right?

Do you think if this was a claw machine filled with stuffed animals, there would be the same amount of backlash? Let us know in the comments.