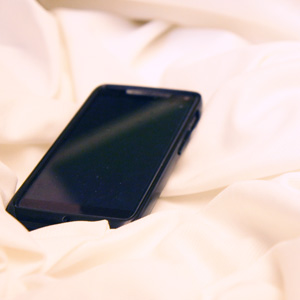 It all started with an op-ed piece on CNN.com. Pretty quickly, it sent Twitter users and bloggers into an uproar.

"Imagine a guy saying to you – 'Hey, I'll sleep with you, but I need you to TEXT ME consent first," tweeted Brook Baldwin.

Also on Twitter, Jessica R. said, "Instead of teaching your son to respect women, tell him they're all whores who just want to wrongly accuse him of rape."

"So we're all for consent around here, of course, but this might be taking things to a silly and obnoxious level," said blogger Elizabeth Nolan Brown on Bustle.

Whoa. What exactly got everyone so worked up? Roxanne Jones, former vice president of ESPN, wrote an article for CNN essentially expressing how she advised her college-aged son to deal with intoxicated women – or, as she put it, "stupid girls" – before he set foot on campus.

She said told him to watch out for party girls but have fun. A lot of fun, considering she filled his duffel bag with 300 condoms and reflected on what she forgot to tell him: "Never have sex with a girl unless she's sent you a text that proves the sexual relationship is consensual beforehand."

Jones even went as far as advising that it's good to even shoot some follow-up text messages "saying how you both enjoyed being with one another – even if you never plan on hooking up again."

She told her son to watch out for stupid girls, "You know the type – the party girls, the girls who thrive on attention. The girls who will do anything to get a guy to notice them."

As Jessica Wakeman put it on The Frisky, "In other words, Jones teaches her son that women cry rape all the time, and he should protect himself from false accusations of sexual assault with inadmissible evidence, like a text message."

Mom's argument? Jones cites her experience with professional athletes (she's a founding editor/former vice president of ESPN The Magazine) and their sexual assault lawsuits to justify her suggested tactic: "I've covered many rape cases over my career, including those of Kobe Bryant, the Duke lacrosse team and many others that never made the headlines," she writes.

"Sports agents and athletes have tried everything from openly or secretly recording their sexual encounters, which is illegal in some states, to asking all women they have sex with to sign a pre-consent form."

As far as texts go, the suggestion does come off a bit over-the-top – but maybe Jones' motherly intentions aren't so left field. Texting is one of those things that kids can practically do in their sleep. And today, it's not impractical to validate a sexual relationship from a text messaging thread (see: Kwame Kilpatrick, Anthony Weiner, Wade McCree).

Jones adds, "Because just as damning text messages and Facebook posts helped convict the high schoolers in Steubenville of rape, technology can also be used to prove innocence."

How often is sexual assault reported on college campuses, anyway? In a typical academic year, excluding the summer semester, 3 percent of college women report surviving rape or attempted rape, notes One in Four USA; also, according to the FBI, of all rapes reported, 8 percent are false reports.

Jones concludes, "Nobody wants to be a stupid girl. It's time for us girls to smarten up. And it's time for guys to understand – when a girl is way drunk, it doesn't make it open season on her. In fact, it's just the opposite: If she's falling down drunk, stay away, far away."

So what do you think? Is Jones' advice outrageous? How would you advise your college-aged son to approach sex before he leaves for school?

Come visit your favorite deep sea swimmers at some of one of these aquariums in Michigan and Ohio that feature both fresh and salt water.
Read more
Health

It's a given for grown-ups but new turf for little ones. So how do you teach kids to wipe their butts properly? A metro Detroit pediatrician has the scoop.
Read more
Camps

Looking for a summer camp in or near Macomb County? We've got you covered with some of the coolest camps in the area, courtesy of Make Macomb Your Home.
Read more
Guides