Kelly Rose Bradford Says Kids Should be Banned from Flights 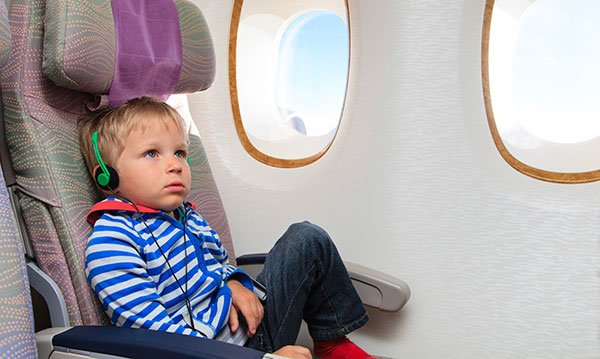 Recently, British journalist Kelly Rose Bradford visited This Morning, a talk show in the United Kingdom, saying young children should be banned from planes. She complained that kids are irritating and parents are selfish to bring them aboard.

“Surely that would be better for everybody,” Bradford says, according to Yahoo Parenting. “You’ve got a miserable, moan-y people like me who do not want your delightful children wailing in my ear for the flight.”

It’s no secret that kids and babies can be annoying or uncomfortable on planes. This does disturb the passengers, but maybe Bradford went a bit too far grounding them completely.

Bradford has a 12-year-old son, William, and tells Yahoo Parenting that she didn’t travel with him to avoid irritating other passengers. “I think there’s an element of selfishness from parents who insist on not changing their lifestyle once they have their children,” she explains.

It’s not surprising her comments caused a stir.

“It’s not selfish to go around in society with children; children are part of society. They’re not mini adults. They are . . . people in their own right, they have the right to go places,” says Emma Taylor, another guest journalist on This Morning, according to Yahoo Parenting.

Bradford’s debate was on Twitter, but this time it was using the hashtag #ChildFreeFlights. Even with the entire backfire, Bradford tells Yahoo Parenting that she stands by her argument.

You may have seen Bradford in the news before. Last October, she confessed to the press that she sometimes loved her terrier dog more than she loved her son. Safe to say she has different views on family life than most parents.

Anyway, talk about literally grounding your kids. As far as “changing lifestyles” goes, I would say that not every parent on a flight is going on an exotic vacation with his or her children. Many travel to see family, are moving, or are traveling for a small getaway. Parents need vacations the most, so they and their children have every right to be on a plane, whether it’s to Hawaii or Disney Land.

What are your thoughts? Do you agree with Kelly Rose, or are you annoyed by her comments?