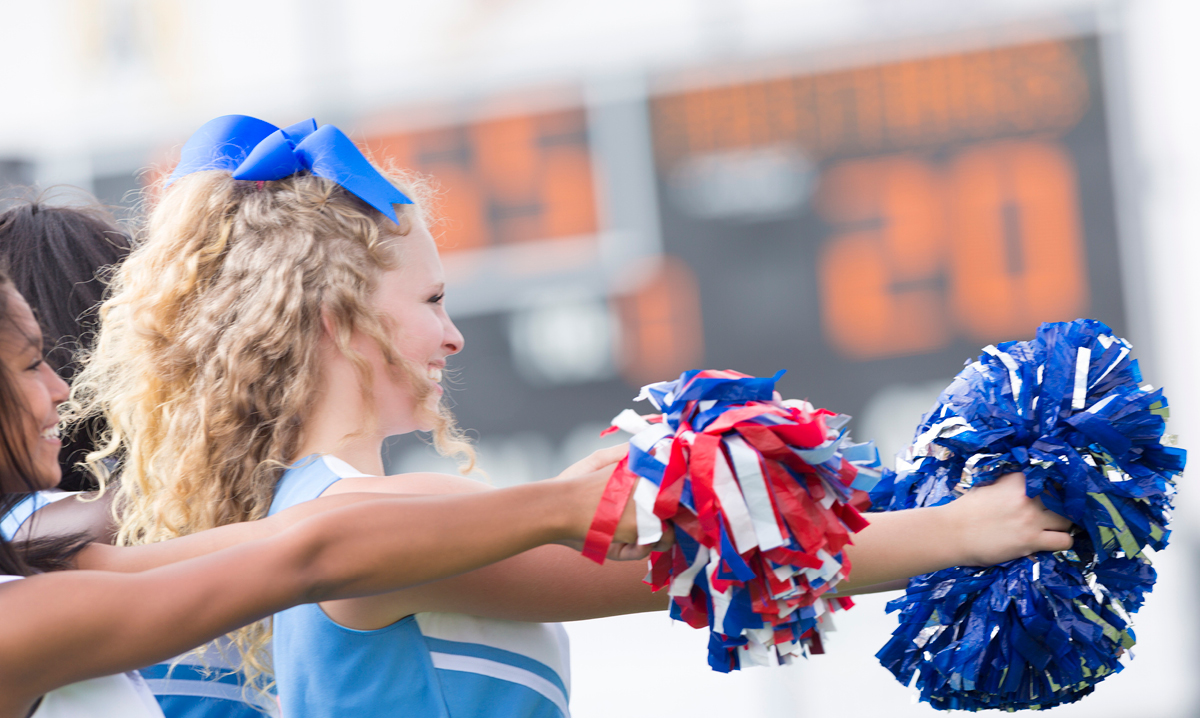 Almost every high school has one: a cheerleading squad. They’re there to cheer on the teams during game nights or to give people more pep in their step at school rallies. They are the epitome of school pride.

The cheerleaders represent the school; they are the energy that keeps the students going. And because of their dedication to showing that pride and being at every single game, school administrators would probably never have a reason to put the cheerleaders down.

Except for the now-former assistant principal at Farmington Harrison High School.

Angela Leach said that the cheerleader’s routine at the school’s homecoming pep assembly on Sept. 21 was inappropriate, Local 4 in Detroit reports – and that the girls looked like “strippers.”

This comment coming from the local assistant principal is absolutely shocking – and what is even more disappointing is that she blatantly showed her bad judgment by not addressing her concern privately with the cheerleading coach. Instead, it publicly shamed the girls about who they were, what they do and how they look.

Shouldn’t her main concern be things like their safety – and not their routines or outfits?

Leach apologized to the girls in person and in writing to them and their families.

She was subsequently placed on paid leave during an investigation by the school district’s human resources department and Title IX officer. Title IX is a federal civil rights law that prohibits discrimination based on sex in any education program or activity receiving federal financial assistance.

The result? Leach wound up reassigned to a post where she “will not have staff or student supervision as part of her job responsibilities” for the rest of the school year, Local 4 notes in an Oct. 19 follow-up report.

But not before having a big impact on the girls on the squad.

According to Farmington Voice, Jade Forest, one of the cheerleaders, spoke up at a Farmington Public Schools board meeting on Oct. 2. “I am upset,” she reportedly said. “These sorry apologies sent out is not what I want.”

School board trustee David Turner also expressed concern at that meeting. “Do we decide how we fight? Or do we decide how we heal?” he said in the Voice report. “It takes some time, because it hurts. … This is step one of a lot of steps.”

While that Title IX investigation turned up no violations, The Oakland Press reports that “appropriate discipline was applied regarding the stripper statement” – though the district didn’t get into detail.

What is clear, though, is with Leach’s reassignment to the district’s Maxfield Education Center, there are consequences that will last until at least the end of the 2018-19 school year.

Leach will also have to repair her relationship with the cheer team.

What do you think about Leach’s comment? And do you think the consequences are appropriate, too much or too little?

Get ready to have the best spring break ever with these creative trips and fun activities.
Read more
At Home